D.C. Pols Who Want Tax Reform Should Look at This NYC Experiment – Next City

D.C. Pols Who Want Tax Reform Should Look at This NYC Experiment 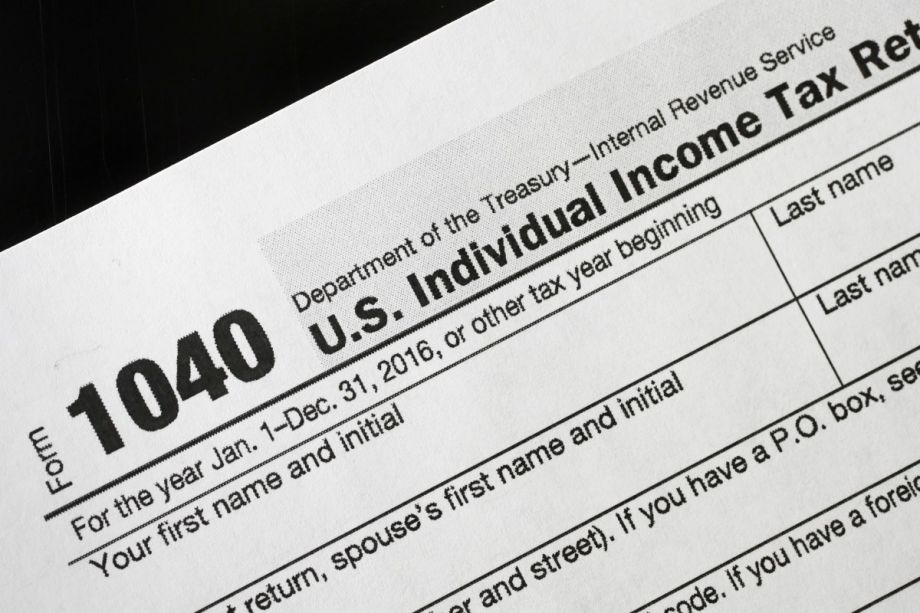 Critics of the social safety net in the U.S. often assert that public assistance like food stamps and subsidized housing decreases a recipient’s incentive to work. There’s now even more evidence that such assertions are wrong, based on an early look into the results of an experimental study with the earned income tax credit (EITC).

The EITC is the primary employment-based antipoverty program in the United States. Research shows that the tax credit is effective, helps to reduce race-based income gaps, and supports local economies.

The program reduces the amount of federal income tax owed at tax time (or yields a tax refund) for many low-income families. How much of a tax credit a person can claim is based on income and household size.

Conducted in New York City, the “Paycheck Plus” experiment tested the effects of dramatically increasing the EITC for single adults with no dependent children. It found that the promise of a higher maximum didn’t cause recipients to reduce their overall earnings from work.

In 2016, the maximum EITC for a single adult in the U.S. without dependent children in their household was $506. For the experiment, the maximum was bumped up to $2,000. Over the first two years out of the three-year study, recipients’ annual income including the Paycheck Plus bonus was about $650 higher per year than those who did not receive the bonus.

Nearly 6,000 eligible people signed up for the study, 60 percent men, 53 percent under age 35, 30 percent Hispanic, 58 percent black, 54 percent with only a high school diploma or equivalent. Eighteen percent had been in jail or prison at some time. Forty-five percent were currently working at the time they signed up, but only 24 percent were working full-time. Thirty percent had zero earnings in the previous year. Only 45 percent had ever even heard of “EITC” before, and only 19 percent had received it in the past.

To make a fair, scientific comparison, researchers at MDRC, the policy organization that ran the study, randomly sorted the 6,000 into two groups. Half received the bonus and half didn’t.

The study focused on single adults without dependent children in the household because the current EITC program mainly targets families with children. In 2016, the maximum EITC with just one child is more than $3,300; for two children it’s more than $5,500. The existing EITC also phases out at a much earlier income level for adults without dependent children in the household. A single adult working full-time at $9 an hour, earning $18,720 a year, would be earning too much under the current EITC scheme. 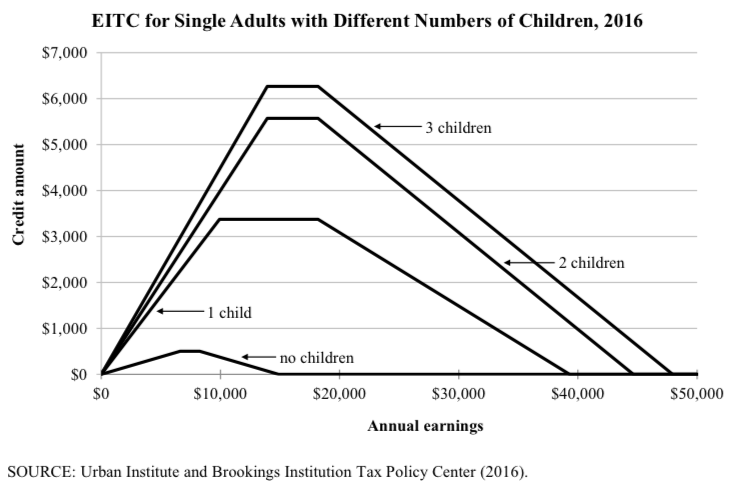 “The fact that single people working in low-wage jobs are treated differently by the current Earned Income Tax Credit from those with children raises questions of equity,” MDRC President Gordon Berlin said in a statement announcing the findings. Some D.C. lawmakers are looking at expanding the EITC program, to benefit more U.S. workers, including single people.

In the NYC experiment, the participating single adults earnings up to $30,000 a year were eligible. 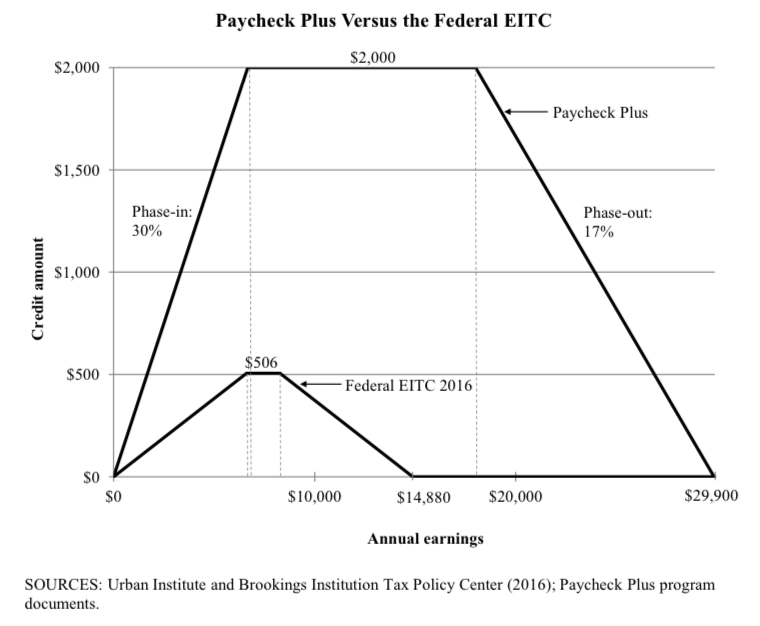 Individuals were eligible for study enrollment if they were not married, had valid social security numbers, were not planning to claim dependent children on their taxes in the subsequent year, were between the ages of 21 and 64 (the federal credit is only available to individuals ages 25 and older), had earned less than $30,000 in the previous year, and were not receiving or applying for Supplemental Security Income or Social Security Disability Insurance.

About 5 percent who were eligible when they first signed up to be in the program had earned more than $30,000 by the time they filed their taxes after the first year, making them ineligible to receive a bonus. That figure went up to 10 percent by the second year.

To keep participants involved and active in the study, there was ongoing outreach, including multiple waves of communication using email, phone calls, postcards and posters. Of those who were eligible to receive a bonus when they signed up, 64 percent received it after the first year, and 57 percent after the second year.

One thing that MDRC wasn’t able to analyze in these results: the effects of the Paycheck Plus bonus on informal or under-the-table or underground work. They hope to have some findings on that in the final study after next year’s tax season.