Economics in Brief: Ex Mayor Who Advocated for Guaranteed Income to Advise California Governor – Next City 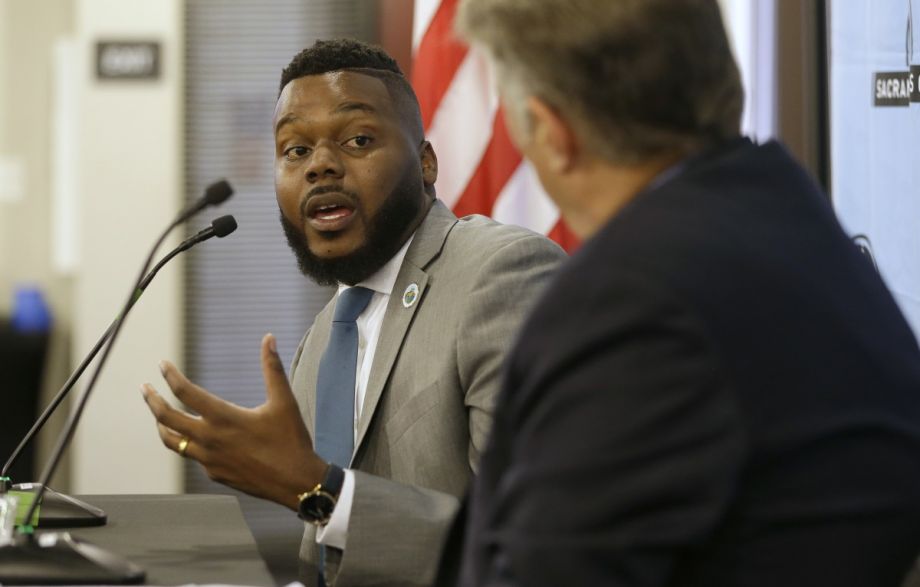 In this photo from July 2018, Stockton Mayor Michael Tubbs responds to a question during his appearance before the Sacramento Press Club. Tubbs announced this week that he would be joining the Newsom administration as special advisor for economic opportunity and mobility. (AP Photo/Rich Pedroncelli)

Michael Tubbs, the former mayor of Stockton, California, whose three-year basic income experiment has been making headlines for how it improved low-income residents’ well-being, will become “special advisor for economic mobility and opportunity” for California Governor Gavin Newsom, the Sacramento Bee reports.

The unpaid position involves serving on Newsom’s Council of Economic Advisors, working with businesses and economic development officials, and potentially working with legislators to advance laws around guaranteed income. Tubbs also told the Bee that he wants to push for other anti-poverty measures that he implemented in Stockton, such as college scholarships. “We should endeavor to end poverty in California,” he said.

President Biden overhauled the Paycheck Protection Program in February to help very small businesses get more money, but some banks said there wasn’t enough time to adapt to the changes before the program expires March 31, the New York Times reports.

The changes were intended to get more money to sole proprietors by tweaking the formula that determines how much money they were eligible to receive; some sole proprietors under the old rules were told they qualified for $1 loans.

The result has been what some business owners have called “chaotic” and others a “monstrous failure,” the Times reported, leading many lenders and businesses to call for an extension to the program.

On Thursday, a House committee agreed Thursday to extend the Paycheck Protection Program another 60 days, Inc. reported. The measure could go before the full House next week.

Illinois may join the dozen or so states with strong protections against predatory lending, WTTW reports.

The average payday loan in Illinois has a 297% interest rate, WTTW said.

The Chicago Reader reported in February that some community development financial institutions (CDFIs) believe that removing predatory lending from Illinois will create more space for responsible lenders. The Reader quoted one CDFI, the Capital Good Fund, a nonprofit that provides small-dollar loans maxing out at 24 percent APR. Its borrowers have average credit scores below 600, and only 5 percent default on their loans, the Reader said.