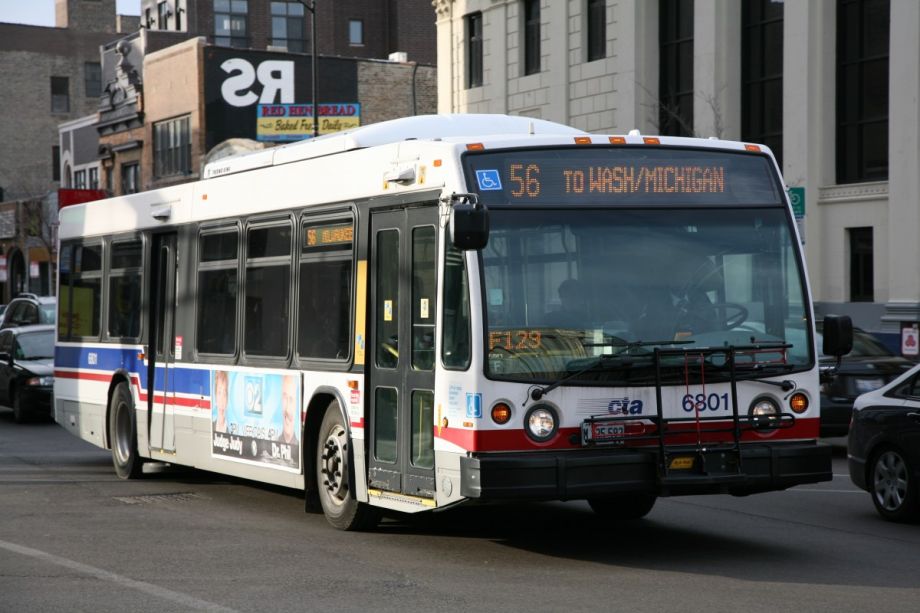 As I looked through the latest 2012 American Community Survey data to see how transit use has grown or fallen in various cities since 2000, something else stuck out: How many bus riders there really are, even in the few big cities with large rail networks. While the urban transit stereotype may be a straphanger on a subway, there are actually only three large cities in the U.S. — New York, Boston and Washington, D.C. — where most commuters use rail.

In every other city, including rail-heavy Philadelphia, Chicago and San Francisco, bus riders were dominant. In Chicago, 174,000 commuters get to work by bus, compared to 126,000 on subways or elevated trains and another 22,000 by commuter rail. It’s surprising, given the city’s rail-oriented legacy and sprawling ‘L’ system whose “Loop” defines its downtown.

San Francisco, despite being the center of the BART subway and its robust in-city network of the Muni Metro subway, light rail and streetcar lines, had only 43,000 rail users of any kind, versus 99,000 bus riders. Rail commuters in Philadelphia, meanwhile, only totaled 47,000 against 111,000 bus riders, despite two subway lines, regional rail and a handful of trolleys.

In cities other than San Francisco and Washington, D.C. that built substantial new rail networks after World War II, train commuters barely registered. This data is perhaps less accurate — those who ride both trains and buses had to choose between the two, with ACS telling respondents to pick the longer mode — but the numbers are still astoundingly low.

Given that ridership growth is most likely to come on existing transit systems, as yesterday’s analysis showed, improved buses will play an important role in transit mode share increases (or decreases) in the future.

Certain bus projects show promise. Chicago’s Ashland Avenue bus rapid transit plan, if completed as planned, will become the highest-quality BRT line in the nation. New York’s MTA has been slowly rolling out “SBS” enhanced bus lines, but the progress has been slow and the implementations are not always the best in terms of lane placement, signal priority and routes. San Francisco has been rolling out two BRT lines of its own, but the progress has been excruciatingly slow — more than a decade for Geary Boulevard, the city’s busiest bus corridor.

For the most part, bus routes in even the most innovative cities are left to stagnate. Many BRT features can and should be rolled out across all bus lines, but they usually aren’t. Bus lanes can be challenging, but off-board fare payment (to eliminate single-file lines that form at busy stops) can apply to all lines, as can traffic light priority.

And then some cities have completely dropped the ball. Washington, D.C. has barely done a thing for its buses — the Circulator limited-stop routes were a small start, but then the city got distracted with the mixed-traffic streetcar on H Street. Spending millions on mixed-traffic streetcars that do more for economic development than transit is a common theme in bus-oriented cities, and has replicated itself in Portland, Seattle and Cincinnati, among others.

Rail is generally the highest-quality transit, and something that all cities should aspire to. But given the reality in most cities, buses still rule, and transit agencies should give them the respect they’ve earned.