Even During a Lockdown, Public Transport Can Be a Lifeline – Next City

Even During a Lockdown, Public Transport Can Be a Lifeline 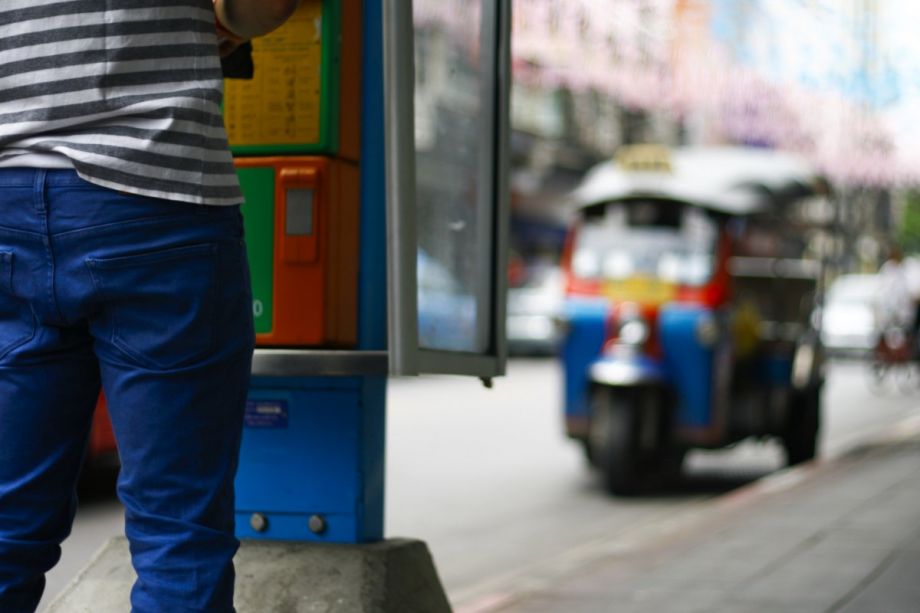 Informal transport systems, like privately owned tuktuks, minibuses and shared vans, will be the hardest hit by the COVID-19 crisis. (Photo by Trent McBride / CC BY-NC 2.0)

Rare sightings of Mount Kenya from Nairobi and the Himalayas from areas of northern India which have not been seen in decades owing to pollution are a wonderful spectacle. They are the result of a near-global lockdown to prevent the further spread of COVID-19, which has emptied city streets of people, cars and buses. The need for transport is dwindling as people stay at home as instructed. While the reduced greenhouse gas emissions and air pollution are a bonus, public transport needs to be supported to ensure it does not become a casualty of the pandemic.

Fewer passengers and shrinking economies are a threat to both formal and informal transport systems. Formal systems, managed by public transport authorities, will suffer despite being backed up by public funds. Informal systems, such as the networks of mini-buses popular in developing countries, do not have this fiscal base. Operating on very slim profit margins, they and the people they serve will be hardest hit.

In the USA, currently the worst affected country in the world, many people can use their own cars for their essential activities. That option is not available in cities across the emerging economies as they see rising COVID-19 caseloads. Instead, workers who are key to keeping a bare minimum of essential services running, such as health care workers and shop employees, rely on public transport. For workers in the informal economy, including day labourers and the majority of the workforce in low and middle income countries, public transport is the lifeline that enables them to earn their daily living.

During a recent live online learning exchange on mobility, public transport and the COVID-19 outbreak, hosted by UN-Habitat and United Cities and Local Governments with the International Union of Public Transport, we heard clear calls for public transport networks to be maintained during and after the outbreak because they are the “backbone of cities”.

UN-Habitat, the world’s only multilateral agency dedicated to a better urban future for all, has been closely advising national and local governments on how to preserve these lifelines and maintain public transport during the global pandemic.

From our headquarters in Nairobi, we can see how matatus, the privately-owned shared vans and mini-buses which are the mainstay of Kenya’s transport system, have adapted to the crisis. Directed by the Government, operators are limiting the numbers of passengers in their vehicles, drivers and fare collectors are using handwashing stations at bus depots and spraying passengers’ hands with disinfectant to reduce transmission. Long-distance operators are required to keep a detailed list of all their passengers.

In many countries like Kenya however, the highly competitive and complex web of transport companies makes enforcement of safety requirements difficult. Any additional costs to implement these rules are most likely to be transferred to passengers who are already struggling financially. Government-led relief and stimulus packages must include these public transportation systems to ensure their survival.

One innovative idea involving underused public transport can be seen in Jordan, which imposed one of the world’s most stringent lockdowns, where authorities used municipal buses to deliver food. Such imaginative thinking could allow for the repurposing of public vehicles and help transport workers retain their jobs while providing essential services.

Public transport can also play an essential role in contact tracing to limit the spread of the disease. While some countries such as China and Singapore have opted for digital ‘tracing’, it is important to consider the implications of such programmes within a human rights framework and ensure an inclusive approach.

Strong public transport systems are the foundations of the modern city. Cities with robust public transport systems, such as Shenzhen, Singapore, London and Melbourne have been able to manage occupancy, provide crews with protective clothing and keep vehicles clean, reducing the probability of transmission. Officials have made calculated decisions about how to run essential services for those who need them while ensuring passenger safety.

While public transport will remain an essential lifeline for traveling long distances in dense cities, the post-pandemic world may also see a return to walking and cycling which are less risky than public transport, healthier and less expensive than private car ownership. Cities may start looking at how they can allocate more road space to pedestrians and cyclists, leading to permanent improvements.

From Bogotá, which rolled out 76 kilometres of emergency bike lanes within four days of Colombia’s nationwide lockdown, to Oakland, California, which opened up nearly 120 kilometres of city streets to pedestrians and cyclists, cities are showing that they can act quickly and imaginatively to help people get around.

In the recovery phase from this crisis, we need to have a more sustainable public transport system. Let us ensure that when this crisis is over, we keep our environment clean so that sightings of Mount Kenya are hidden for another generation by pollution. The time has come for us to support cities, re-design their mobility systems, streets and public spaces and rethink urban density and land use in order to prepare for a better and more resilient future.

Maimunah Mohd Sharif is the Executive Director of UN-Habitat.