The Case for Killing the Midwestern Township – Next City

The Case for Killing the Midwestern Township 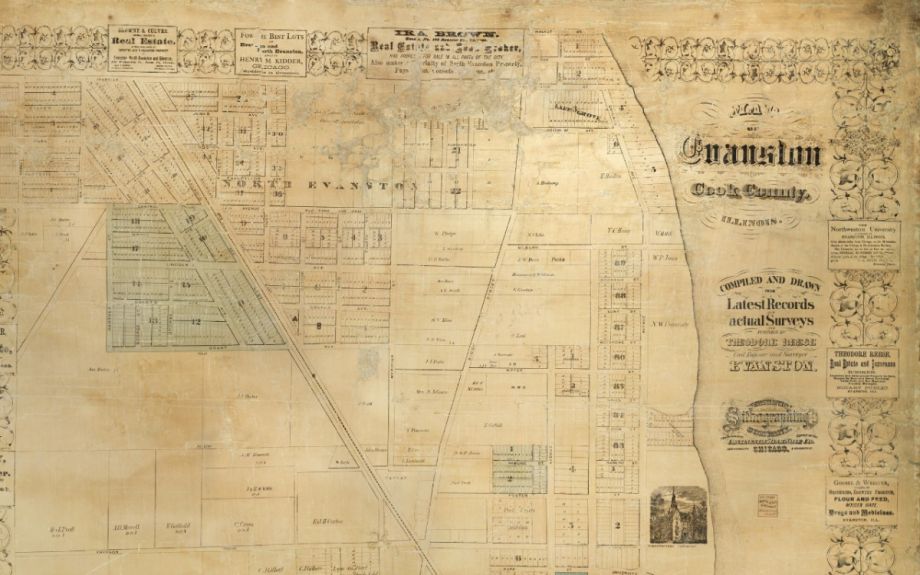 On May 1, Evanston Township, Ill., will pass out of existence. Its disappearance will mark the first time an Illinois township has been dissolved since 1932, and may provide a model for doing away with a form of hyper-local government peculiar to the Upper Midwest.

Townships were established by the Northwest Ordinance of 1787, as a convenient method of selling land to farmers. Typically 36 square miles — six miles to a side — townships also suited rural residents who couldn’t ride their horses to the county seat and back in a day.

Long after the land has been settled, and horses replaced by cars, townships are still with us. Illinois has 1,433 — a big reason the state leads the nation in number of taxing bodies.

“In the old frontier days, when settlements were small, in Illinois and other Midwestern states, this was a form of government that became popular because of its homey, direct, feel,” said Alden Loury of the Chicago-based Better Government Association. “It was led by ordinary folk, not politicians. The farmer was the supervisor, and the other farmer was the assessor. But there are a number of states that don’t have townships at all. There are a number of counties that don’t have townships. Townships are most useful in places without urban centers. In the Chicago area, questions have been raised over whether townships are needed.”

The Better Government Association raised some of those questions in a report titled “Why Townships Don’t Add Up,” which criticized townships as wasteful and redundant: “There’s already a county assessor, so why have separate township assessors or assistant assessors? Roads get plowed and maintained by overlapping municipalities or the state, so why do the township road crews do it too? And general aid and assistance to the poor is handled by a plethora of government-supported human services agencies, so what exclusive support role do townships perform?”

That has long been the case in Evanston. The city and the township share the same borders. The city’s aldermen serve as the township board. The city clerk is also the township clerk. As a result, the township’s responsibilities are limited to providing financial assistance to the indigent and helping residents appeal property tax bills. The city will absorb those functions, along with three of the township’s four employees. But closing the township office and eliminating the part-time elected positions of assessor and supervisor will save the taxpayers $250,000 a year, said Wally Bobkiewicz, Evanston city manager and for one more week, Evanston Township’s acting supervisor.

“There has been a duplication of governance,” Bobkiewicz noted.

Evanston voters passed a resolution in favor of dissolving the township in 2011. Before a final vote could take place, though, Evanston’s state senator, Daniel Biss, had to pass a law specifically allowing Evanston Township to vote itself out of existence. (Biss originally tried to pass a bill allowing any township to dissolve itself, by that was lobbied to the ground by the Illinois Township Association.) Placed to a vote during the March 18 primary, dissolution passed 63 percent to 37 percent.

Evanston’s decision may start a movement to abolish townships that share their borders with cities. Illinois has 20 “coterminous” townships. River Forest, a suburb just west of Chicago, is pursuing legislation that would allow a vote on dissolving its township. Champaign, the home of the University of Illinois, is also studying Evanston’s example.

“These are considered the low-hanging fruit among township reform,” Loury said. “If any townships are going to go away, these are going to be the first.”

In addition, the General Assembly is considering a bill to allow townships overseeing 15 miles of roads or less to eliminate the office of highway commissioner, and assign that position’s duties to the supervisor.

But abolition will be a tougher sell in the rural Midwest, where townships are the most direct form of government, as well as serving as a power base and source of patronage for politicians who simultaneously serve as township supervisor and state senator. In Indiana, Gov. Mitch Daniels spent eight years trying to eliminate, or at least consolidate, his state’s 1,008 townships, but faced opposition from rural legislators who argued that what was right for urban counties was wrong for their hometowns. When he left office, in 2013, Indiana had 1,006 townships.