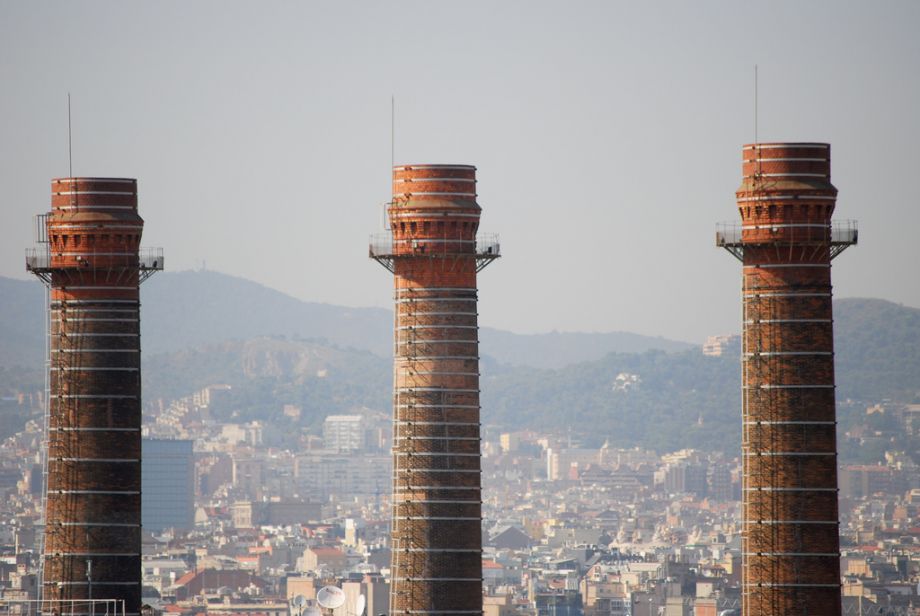 The Netherlands, and Rotterdam in particular, has a Janus-faced relationship with coal. According to the country’s new Energy Accord, five aging coal plants are scheduled to be closed by 2015. That piece of news is getting a lot of self-congratulatory back-patting in the Dutch press.

What’s received notably less press, however, is that the Dutch government just approved three new large coal-fired power plants to replace the five they plan to close. These will join a fourth brand new coal-fired power station (Maasvlakte Power Plant 3) in Rotterdam that is capable of meeting seven percent of the Netherlands’ energy demands. Coal remains one of the most popular energy sources in Europe. And yet, as recently as March, at the Nuclear Security Summit in The Hague, we watched Dutch Prime Minister Mark Rutte shake hands with President Obama and join the international initiative to ban public financing for the construction of new coal-burning power plants in developing countries. The move sent a clear message to the world’s less-prosperous nations: when it comes to coal, do as we say, not as we do.

The Netherlands enjoys a reputation as one of the world’s most progressive countries, but a closer look at its energy policies reveals a deep-rooted hypocricy. That new coal power plant, the Maasvlakte, is a prime example. Energy producers E.ON and GDF Suez began construction on it in the Port of Rotterdam in 2008. At the time, there were ambitious plans to pump the plant’s carbon emissions into an empty gas field under the North Sea. The ROAD (Rotterdam Opslag en Afvang Demonstratieproject) project received €180 million from the European Commission and another €150 million from the Dutch government. According to sources inside the government, it was understood (though not a legal requirement) that Rotterdam approved the power plant only because of the carbon-capture-and-storage aspect of the project.

In February this year, E.ON and GDF Suez announced the capture and storage wouldn’t happen, however. Due to low pricing within the European Emissions Trading System (ETS), right now it’s cheaper to blow 1.1 million tons of CO2 straight into the atmosphere every year rather than pump it into a hole under the sea, even with €330 million in public subsidies to do so. Most experts predict that carbon pricing will remain low over the coming years, making the future feasibility of this project even less likely. At the time of this writing, no one involved in the ROAD project was available for comment.

So what good is an emissions trading system if it doesn’t give companies a financial incentive to cut emissions? Since it was introduced in 2005, the EU Emissions Trading System’s pricing has been a roller-coaster. Prices hit their peak in 2008, at about €30 per ton (when the ROAD project was first conceived), then fell steadily to less than €10 per ton in 2012. The current price of tradable EU emissions allowances (EUAs) is a ridiculously low €5 per ton. The EU ETS claims that putting a price on carbon places climate change “on the agenda of company boards and their financial departments across Europe. A sufficiently high carbon price also promotes investment in clean, low-carbon technologies.” This argument is valid — except that the ETS doesn’t set the price: it’s a reflection of market fluctuations. And thus, many critics are beginning to consider the system a failure. To give renewable energy sources a fighting chance, carbon emissions need to be priced at a point that makes them financially unattractive. Until then, companies like E.ON and GDF Suez can continue to play us all for fools.

These plants aren’t just bad for the environment, they’re bad for people. Along with CO2, they release particulate matter and dangerous heavy metals into the air, which can cause chronic lung diseases and heart conditions. Last year a report by the European Health and Environment Alliance (HEAL) estimated that Dutch coal power plants are indirectly responsible for €386 million in health care costs and revenue losses. According to Genon Jensen, Executive Director at HEAL, “The findings are particularly worrying given that the use of coal is now rising after years of decline.”

But apparently this doesn’t worry Dutch policy makers at all. Over the last ten years, despite better market access to renewable energy sources, coal burning in the Netherlands has held steady at about 13 billion pounds per year. Unlike in the U.S., where shale gas has recently become a popular alternative, the Netherlands has put few measures in place to reduce coal consumption or carbon emissions. Currently, Dutch federal tax on coal is just €14.27 per ton. That is almost nothing — and an increase of just €4 per ton in the last two decades. The result, as exemplified by the actions of E.ON, GDF Suez and other energy producers, is that coal-fired power plants remain seen as a cheap, viable solution to energy demands. But it is neither cheap nor viable when one looks further ahead than next quarter’s profits.