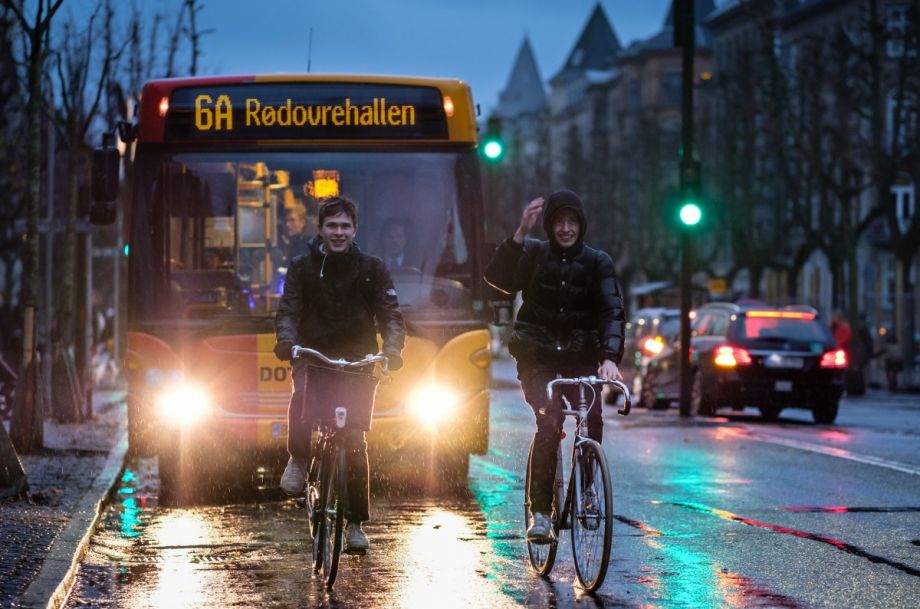 Despite the protests that have cropped up in several state capitals, it’s likely that the U.S. economy will be pulled out of its coma slowly and gradually over a period of months, and it’s also possible that restrictions will be reimposed when, as most medical experts expect, new infections rise after the economy restarts.

Nonetheless, we are now at the point where we can see the outlines of a post-COVID world, and people will need to get around in it. This week’s first two items show how some cities are preparing to get people around.

An intended consequence of the travel restrictions issued around the world to slow the spread of the COVID-19 coronavirus: Auto travel has declined precipitously, and with that drop, the skies have become a lot clearer over cities worldwide.

Many civic leaders like what they see there, and they’re looking at ways to keep as many of those cars as they can off the roads once the travel restrictions end. Metro Report International reports that the United Nations Economic Commission for Europe has produced a “pattern book” to help those civic leaders achieve that goal.

Actually, it’s a guidance document for local policy makers who seek to reduce car use in urban areas. The document provides 22 examples of successful strategies for reducing auto travel from 17 European countries. The examples provided include:

Demand-responsive transportation, the guide says, can also play a role in cities where fixed-route transit is impractical. It’s also cost-effective: the village of Kölsillre in Sweden developed an on-demand minibus service with online trip booking that provided 4,100 trips last year at an expenditure of €0.61 per passenger-km (approximately $1.06 per passenger-mile) vs. €2/passenger-km ($3.48/passenger-mile) for fixed-route bus service. And letting residents know about available transportation options through frequent communication helps too.

The International Railway Journal reports that the California State Transportation Agency (CalSTA) has awarded $500 million in grants to 17 local transportation agencies throughout the state under its Transit and Intercity Rail Capital Program. The grants will increase the carrying capacity and quality of service on each of the recipient systems.

Among the funded projects:

CalSTA says the projects will leverage more than $4.9 billion in additional investment. The awards are part of a more than $7 billion state investment in transit and rail projects between 2018 and 2027 under the Road Repair and Accountability Act of 2017.

CalSTA Secretary David Kim told the IRJ, “Although the current COVID-19 pandemic is putting tremendous stress on transit agencies, these funds support long-term capital projects to be completed in the years to come, and will help support the economic recovery in the years ahead.”

Even though both transit agencies and ride-hailing companies face stresses as restrictions on travel eat into their revenues, both are also stepping up to the plate to ensure that people who still need to travel for essential purposes can do so.

In the western Boston suburb of Framingham, the Metro West Daily News reports that the Metro West Regional Transit Authority has launched a new temporary bus route that will carry riders living on the town’s under-resourced south side to supermarkets in neighboring Natick and Ashland. The route will originate at the agency’s hub in downtown Framingham and pick up passengers at a recreation center east of downtown before continuing to a Market Basket in Ashland, a Roche Brothers near the center of Natick and a Wegmans at the otherwise-closed Natick Mall. The shuttle service will also serve a park-and-ride lot adjacent to the MBTA’s Framingham regional rail station in the downtown.

The “Route 4 Grocery” shuttle will operate hourly between 7 a.m. and 6 p.m. weekdays and will be re-evaluated when restrictions on travel are lifted.

MWRTA administrative and operations assistant Emily VanDewoestine told the publication, “We understand that being able to go out and grocery shop right now is very important for individuals, especially in the environmental justice neighborhoods located near our hub, and we want to provide a shuttle that gives them direct, low-risk access to and from these locations.”

In Buffalo, Uber is offering 10,000 free rides to workers at four area medical centers. According to a news story in The Buffalo News, the rides will be evenly split among Kaleida Health, Catholic Health, Erie County Medical Center and Roswell Park Comprehensive Cancer Center to distribute among their nurses, doctors and other staff.

The 10,000 rides are part of a larger Uber commitment to provide 10 million rides and food delivery trips to health care workers, seniors and others in need nationwide during the current pandemic. Two Buffalo state legislators in Albany helped secure the donation for the four city hospitals.