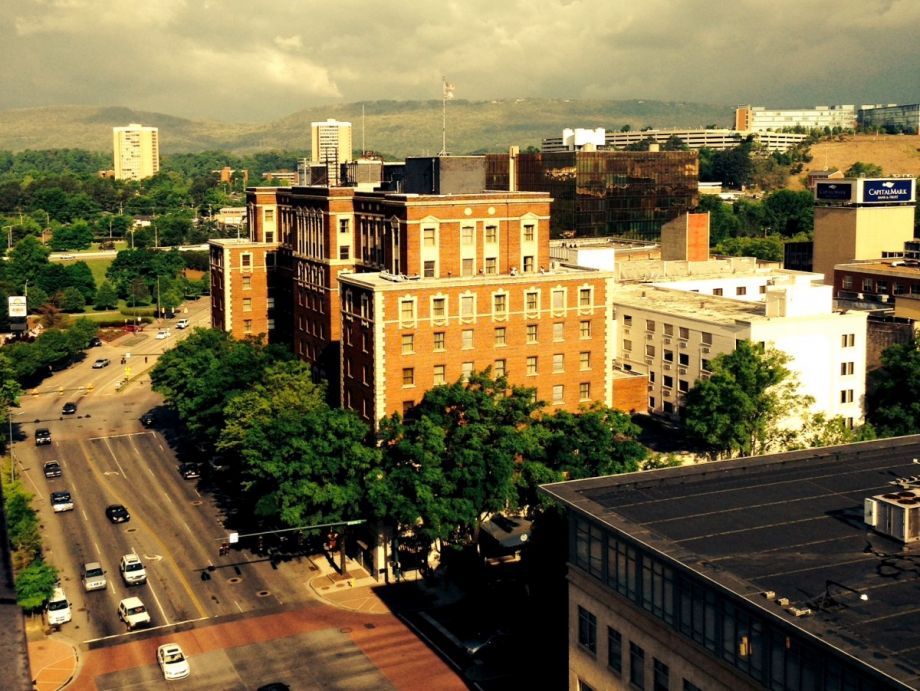 Chattanooga could get a brand-new light rail system for only $40 million thanks to the city’s extensive rail infrastructure already in place.

Pedestrian Safety Improvements Are Part of Eugene’s BRT Expansion
Eugene, the second-largest city in Oregon, is the place where architect/builder/educator Christopher Alexander introduced Americans to the idea that, by learning The Timeless Way of Building and applying A Pattern Language to architectural and planning problems, ordinary people could design better places. Meanwhile, the local transit system, the Lane Transit District, takes pride in its “forward-thinking transit” — the Emerald Express (EmX) bus rapid transit line. Conceived in the 1990s after Lane County transit executives ruled out light rail as inappropriate for the city of about 150,000 and its smaller next-door neighbor, Springfield, EmX was modeled on the BRT network in Curitiba, Brazil, which attracted worldwide attention as a cost-effective means of providing rapid transit to a medium-sized city. The initial segment, the Green Line, connected downtown Eugene with downtown Springfield via the University of Oregon campus. This “Oregon Experiment” had success comparable to Curitiba’s, with ridership more than doubling relative to the route it supplanted within a year of its 2007 opening.

The Green Line was envisioned as the core of a four-route network; the second line, the Gateway Line, opened in 2011 between downtown Springfield and medical and shopping centers on the north side of the city. Preliminary work is now under way on the third leg of the system, the West Eugene EmX Extension, to get ready for the start of construction in September. The 8.8-mile-long extension is designed both to provide high-quality BRT service and to improve traffic flow by making improvements to eight street intersections along its route. New bike and pedestrian bridges and relocation of utility poles to improve pedestrian safety are also part of the project. Buses will operate in dedicated curbside Business Access and Transit (BAT) lanes along most of the route, with some mixed-flow operation; buses use queue jumping and signal prioritization to maintain faster service.

The West Eugene route will jog north from the downtown Eugene station to proceed through central Eugene along West 6th and 7th avenues before returning to a West 11th Avenue alignment to a terminus at a Target store near Belt Line Road. The project is estimated to cost $92 million, $75 million of which comes from a Federal Small Starts grant and the remainder from Oregon Lottery bonds. The extension is projected to go into service at the end of 2016.

Ho Chi Minh City Awards Contracts for Metro Line 1 Subway Tunnel
Ho Chi Minh City — Baby Boomers and those older may remember it as Saigon — is in the process of constructing a six-line metro system to serve the largest city in Vietnam. Work began in 2012 on the elevated portions of the first two lines.

The Railway Gazette reports that the Ho Chi Minh City Management Authority has awarded the construction contract for the first segment of Line 1’s underground portion to a consortium of two Japanese firms, Shimizu Corporation and Maeda Corporation. The segment, dubbed Package 1b, includes two of the three planned underground stations on the 2.6-km subway: one at Ba Son Shipyard and a four-level, 40-meter-deep interchange station at Opera House.

According to the International Railway Journal, the third station, at Ben Thanh Market, is being redesigned, but the redesign should be finished in time to award a contract for Package 1a by the end of the year.

The 19.7-km Line 1 will run from Ben Thanh Market to Suoi Tien and is slated to open in 2020, two years behind the original scheduled opening date. The Japan International Co-operation Agency is picking up 88 percent of the line’s 47-trillion-dong ($2.5 billion U.S.) cost, with Ho Chi Minh City paying for the rest.

Chattanooga Business Exec Promotes Light Rail on the Cheap
Pardon me, Ron, is that the Chattanooga Choo-Choo? No — the system that outgoing Chattanooga Chamber of Commerce Ron Parr described to the Chattanooga Engineers Club July 28th is a light rail network that would connect the city center with its airport and the Enterprise South Industrial Park. 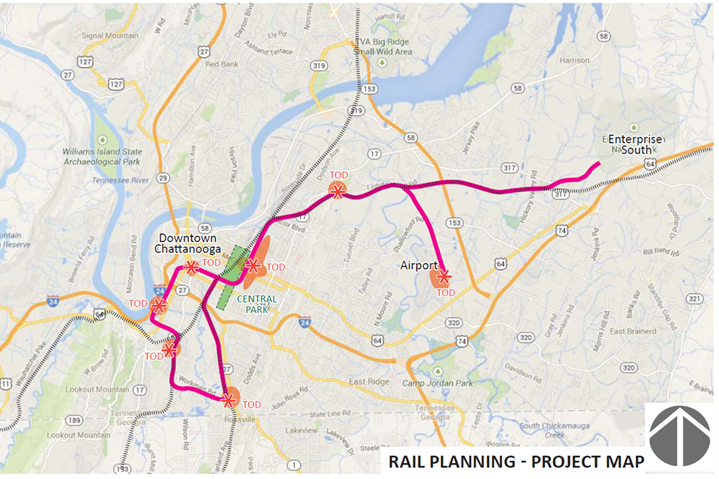 And, he said, the city could build it for a fraction of what it would otherwise cost by taking advantage of its existing rail infrastructure.

By using railroad lines already in place, Parr said, Chattanooga could construct a system that might otherwise cost “over a billion dollars” for just $40 million.

In addition to providing several opportunities to promote transit-oriented development in the city center and East Chattanooga, the line would also be a tourist draw. Parr said that visitors to Chattanooga often ask, “Where’s the train?”

The city has submitted an application for a federal grant to begin planning for the system. Parr said it should hear from the feds by September.