Equity Makes Bike-Sharing Work, and Other Bike-Share Guidelines for Cities 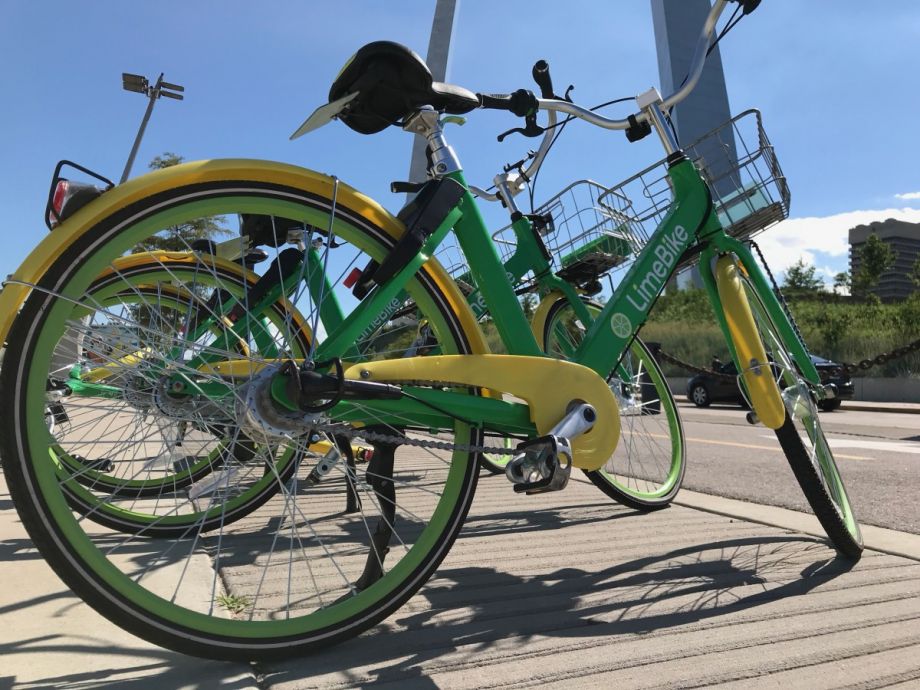 Liza Farr is an associate project manager with the Bistate Development Agency, St. Louis’s transit agency. Farr says that the agency did a bike-share feasibility study back in 2014, and had been thinking about bike-share since, but had not managed to implement a docked system.

“When dockless came onto the scene, we were prepared with our goals and vision, so we worked with the city to make sure their regulations were reflective of [our agency’s] engagement process,” Farr says.

The result is a dockless program that Farr says has “gone incredibly well.” Ridership is, “great and really comparable with other cities like us,” and the social equity program is resulting in people of all demographics using the bikes, “which we really wanted to see.”

Even NIMBYs are happy.

“I presented to about 25 neighborhood groups,” Farr says, “and I kept waiting for someone to yell at me and say they didn’t want the bikes around. And it never happened.”

Eighteen months ago, everybody in the urban planning world knew how to define “bike-share.” Bikes were parked at a docking station, and users pay for them by the hour (usually), returning a bike to a dock when they were done. Then dockless bike-share, already established in China, burst onto the U.S. scene. Shortly after came dockless e-scooters. Golf-cart-like “transit pods” may be next.

“I think there’s a tendency for cities to think, ‘Oh, it’ll be fine, and I’ll let anything go,’ and this document allows for [the idea that] it’s really easy to just put in these core things,” Farr says.

Kate Fillin-Yeh, director of strategy at NACTO, says many municipalities were caught by surprise when the brightly colored bikes, e-bikes, and scooters began appearing on city streets. And as Next City has reported, cities have responded in varying ways — from embracing the new options to fully banning them, or just coming up with stringent rules on how they can be parked.

The guidelines, with the rather long title of “Guidelines for the Regulation and Management of Shared Active Transportation,” lay out what the organization believes are best practices for managing cities’ public right-of-way while also enhancing mobility for scooter and bike fans.

The document was created with input from 60 cities and is split into three parts. The first part is a list of recommended rules that NACTO believes “cities need to be on the same page about,” Fillin-Yeh explains. “It would behoove everybody to be coordinated on these.” These recommendations include the idea that bike-share (and other vehicle) operators do need to operate with permits, that cities can fine operators for abandoned vehicles or vehicles left outside of proper operating zones, and that operators must share data on trip usage with cities, for example. The document also recommends that cities mandate basic safety standards for vehicles, such as front and back lights and max speeds for electric assist vehicles.

The second part is “stuff that is really important, but how [cities approach the issues] can be different from city to city,” Fillin-Yeh says. Essentially, cities need to think about things such as how vehicles can be parked as well as whether and how to implement an equity program. “Those are things cities have to think about, but how they choose to do it can be different from place to place,” Fillin-Yeh says.

The final component of the guide is a guide to the current “state of practice” in the U.S. - essentially a list of what all cities with dockless vehicles are doing.

Over the last 18 months of dockless vehicles, Fillin-Yeh says, “cities are becoming more proactive, each city learning from the next. I think there’ve been a bunch of cities trying to think critically and carefully about how they make sure the public good stays at the fore.”

Readers of the guidelines can see a number of different approaches to regulating the dockless chaos. Some cities are capping the number of vehicles that each operator can deploy, with the option to increase fleet size if ridership warrants it. Others, such as Los Angeles, require a minimum fleet size. Some cities require bikes to be rebalanced daily into certain zones (often census tracts). And so on and so forth.

“I think there’s a lot of smart thinking going on that’s advancing this conversation,” Fillin-Yeh adds. She holds up St. Louis as an example, which linked fleet expansion to companies’ ability to meet equity goals.

With that said, just recently Ofo, the world’s largest dockless bike-share company, announced it was retreating from most U.S. markets, though it said it would stay in “viable” markets.

NACTO plans to convene cities again this fall to learn how the suggested regulations and best practices are working on the ground.