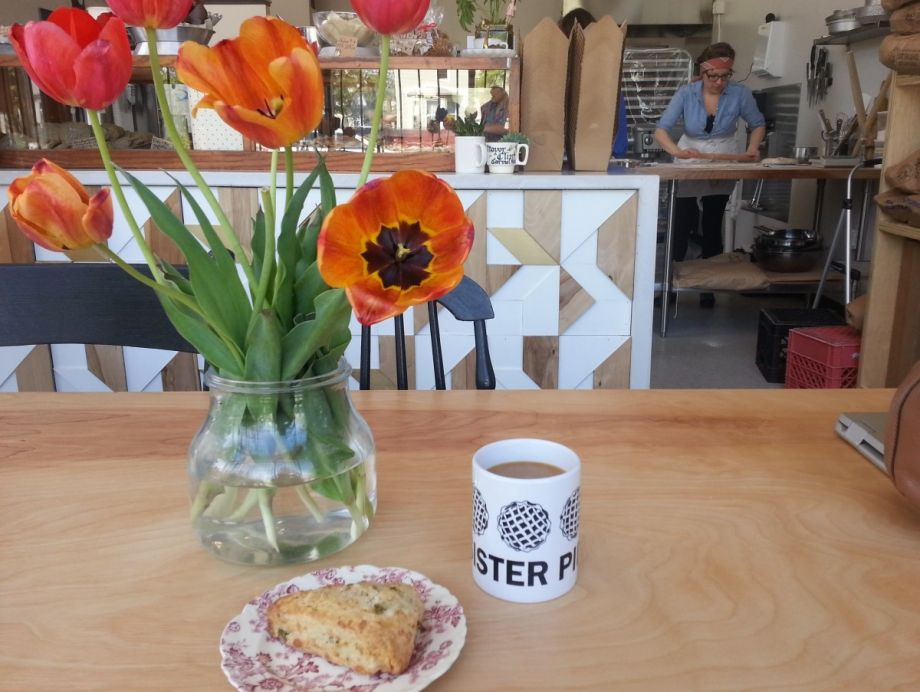 Devita Davison was forced to hit the reset button on her life after Hurricane Sandy destroyed her home on Long Island in 2012. After closing up the local foods market she ran for two years in the Bedford-Stuyvesant neighborhood of Brooklyn, she returned to her hometown of Detroit to recover and figure out her next move.

“Brooklyn had become a brand, particularly in the food space,” says Davison. “When I came back to Detroit, one of the things that was brought to my attention was that this burgeoning food entrepreneur movement was happening here.”

But what had bothered her about Brooklyn’s locally produced food revolution — and something she was seeing happen in Detroit — was that many of the successful entrepreneurs had deep pockets. Some had lost their jobs in the financial crisis, but were able to pursue their dreams of operating food-related small businesses because of their professional networks, or friends and family. Others had experience in finance and business planning that many of Brooklyn and Detroit’s low-income and minority entrepreneurs lacked.

When Davison found out about FoodLab Detroit, a small group of entrepreneurs who had been gathering since 2011, the club was already running a bootcamp called “Building Your Good Food Business.” But while the members were supporting one another amid a growing food movement in a city on the verge of bankruptcy, they had not formally incorporated. They also lacked commercial kitchen space that could potentially help members grow and scale their businesses.

So with the marketing background she honed in a previous life working for brands such as Ralph Lauren and Hearst Magazines, Davison helped to raise funds and awareness to create Detroit Kitchen Connect, a network of shared kitchens in community centers and churches that double as incubator space for FoodLab Detroit members, and also provides low-income entrepreneurs of color access to the organization’s social and financial capital.

“As Detroit is having its renaissance moment, [we asked the question] ‘How does entrepreneurship look when you have people of color at the table?’” says Davison. “That’s why I do this work. … This isn’t a flash in the pan. This is something that is sustainable, equitable, diverse, but I think most importantly, delicious.”

In its first year, Detroit Kitchen Connect helped to launch the businesses of 18 FoodLab Detroit members and attracted grant money from United Way, JPMorgan Chase, and the Detroit-based McGregor Fund.

Davison is now co-director of FoodLab Detroit, whose membership includes 145 small businesses. In addition to their workshops and kitchen spaces, the organization also offers a monthly community talk, Food for Thought, and a three-course pop-up dinner highlighting the cuisine of selected members, and networking opportunities with Detroit’s funding community.

Baker Lisa Ludwinski is one of FoodLab Detroit’s success stories. She became a member of the organization after attending one of their business-building workshops in 2012. She began attending Food for Thought meetings regularly and was on the Operation Above Ground committee, which advocates for the city of Detroit to improve its process for licensing new food businesses.

This week, Ludwinski is celebrating the one-month anniversary of the opening of her first brick-and-mortar store, Sister Pie. She won $50,000 in the 2014 Comerica Hatch Detroit Contest, which helped her to get her dream of opening a local bakery off the ground. Located in the West Village, an up-and-coming foodie neighborhood, the shop offers her signature treats like rose pistachio shortbread cookies, asparagus black pepper and cheddar scones, and strawberry-rhubarb lavender pie.

“I think it helps to build a feeling and a network of togetherness that maybe you wouldn’t find in another city,” says Ludwinski. “Any chance you get to connect with other entrepreneurs is incredibly beneficial, if only for the emotional reasons, but also because you learn how to take advantage of resources. I think what’s really interesting about businesses in Detroit is that it’s tempting to feel competitive, because sometimes there’s not a lot of one type of thing, but an organization like FoodLab helps everyone feel supportive of one another.”