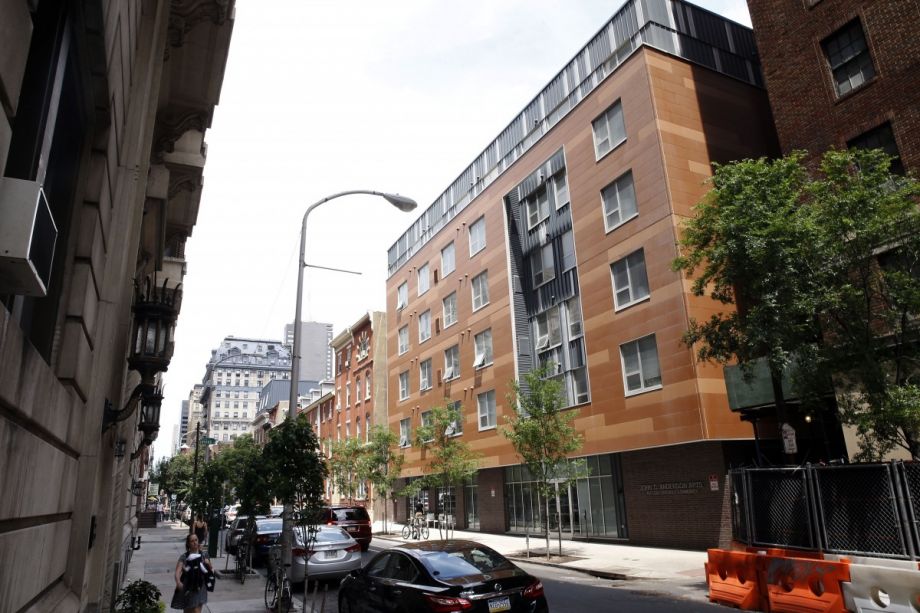 For those of us working in the social and economic justice space, the 2016 presidential election result is a reminder that nothing is inevitable. Whether one is happy about a President-elect Donald Trump or not, his win demonstrates that what might seem impossible or implausible can be achieved. And conventional, time-tested tools and means are not the only pathway to success.

As we think and prepare for how to engage in the battle of ideas that inevitably comes with a new federal administration, now is the time to take stock of our core principles, what we believe we can contribute to the greater good, and the vision that we want others to share and help build.

While federal policy and resources are essential to setting the framework for the nation and enabling a lot of public good activity at the local level, cities are where most people experience the realities of life and interface with government.

With that in mind, here are seven things cities can do to become more equitable, vibrant and affordable.

1. Make public transit free to ride.
The more people who use public transit, the more people who benefit, whether they are riders or not, due to reduced congestion and pollution and increased potential for productivity. Eliminating fees to use public transit (rail and bus) would entice more riders to use the system and would reduce cost burdens on low-income families. How would transit budgets be covered? By paying for it out of the city budget, the same way we do with roads and public education, thereby sharing the cost across all taxpayers. This is the fairest solution since non-riders also are gaining benefit from the transit system.

2. Crack down on the housing black market and empower tenants.
Most cities require landlords to register units that they are renting, whether a single unit in their house or a large multifamily apartment building. Furthermore, landlords are expected to meet codes that protect the life and safety of tenants as well as provide an overall livability that preserves health and provides a decent place to live. But the enforcement of registration and code is woefully inadequate in many jurisdictions as powerfully illustrated in Matthew Desmond’s recent book, “Evicted.” What we see in Milwaukee and elsewhere is that there is a sizeable segment of the housing market that operates outside of the bounds of government oversight, often preying upon the most vulnerable in our society who are so desperate for shelter that they are willing to put up with otherwise intolerable conditions. From a market perspective, this black market housing increases the cost to legitimate landlords, who are competing for property against people who have lower costs due to non-compliance. If cities could eliminate this black market housing and shift that stock over to code-compliant units, then the housing supply will increase and overall prices will decrease. Cities need to make the cost of non-compliance much higher than it currently is if you get caught, and they have to make the chance of getting caught much higher.

3. Use municipal property for housing.
Especially in cities where housing costs have escalated so sharply, cities should inventory and carefully evaluate how to use vacant land and land with existing municipal structures for housing purposes. Too often, cities sell their land to private developers and lose control for the long-term of how that land will be used, even as cities continue their inevitable dynamic evolution. And for land that is already purposed for a library or school or police station, imagine some of the creative synergies that can be achieved through unique mashups like elementary schools and senior living apartments, police stations and apartments for domestic abuse victims, and libraries and housing for civil servants.

4. Put the “best” schools in the “worst” neighborhoods.
Nothing is more powerful to transform a neighborhood than having a world-class school that people want their kids to attend. While much of the school choice movement has been focused on allowing kids to leave their neighborhoods to attend better schools, what if we flipped the script? If a city’s best schools were in its most challenged neighborhoods, and kids living in that neighborhood were automatically eligible to attend while others needed to apply, the neighborhood would quickly receive the investments and attention that it needs to become less challenged. Careful consideration would need to be paid to preventing the displacement of low-income families as neighborhoods become more desirable and housing costs rise.

5. Think and act interjurisdictionally to prevent race to the bottom.
While local boundaries matter to governments, they don’t to people who are looking for the best place to live that they can afford and get good schools, public safety and services. When multiple jurisdictions with sizable populations abut each other and policies are not aligned, then perverse incentives are created. When one jurisdiction acts to improve its schools or provide better services to homeless but the nearby jurisdictions do not follow suit, then people will flock to the place with the better services putting a cost burden on that jurisdiction. So while collective action is in everyone’s interest, political differences and points of view create a competitive environment where first movers are punished and laggards are rewarded, leading to an inevitable race to the bottom. Jurisdictions need to find new ways to solve problems regionally where costs are shared and nearby jurisdictions are viewed as collaborators and not competitors.

6. Free the data and ask citizens to help.
Cities need to make all the data they collect publicly available in real time (stripping out any personally identifiable information, of course). Rather than fearing criticism or failure, cities should welcome engagement by citizens, advocates and experts to help solve problems by understanding the current state of play and being able to see what is working well and what needs attention and improvement. By clearly defining the challenges that the city is facing and enlisting open source techniques to engage citizens to participate in the governance process, cities can foster a new wave of civic innovation and engagement.

7. Prepare for the future, not the past.
Cities need to help citizens understand what the future could be by creating and sharing grand plans for what the city can look like, how it will function, and why it will be a great place to reside there. In a city where people are collectively focused on a grander vision of a place that is more livable, healthier, equitable, opportunistic and engaged, innovations that enable the vision will become more commonplace.

The next few years will be transformational for many cities. The key will be to be visionary, adaptive, collaborative and innovative. While the politics of 2016 were ugly, they do not define the possibility of our future, wherever we live. The challenge for all of us is to see beyond the immediacy of the near term and pursue the possibility of what we can be.

Matt Hoffman is Vice President of Innovation for Enterprise Community Partners, Inc. The views expressed here are those of the author and do not necessarily represent or reflect the views of Enterprise.