Envisioning a Different Kind of Region – Next City

Envisioning a Different Kind of Region 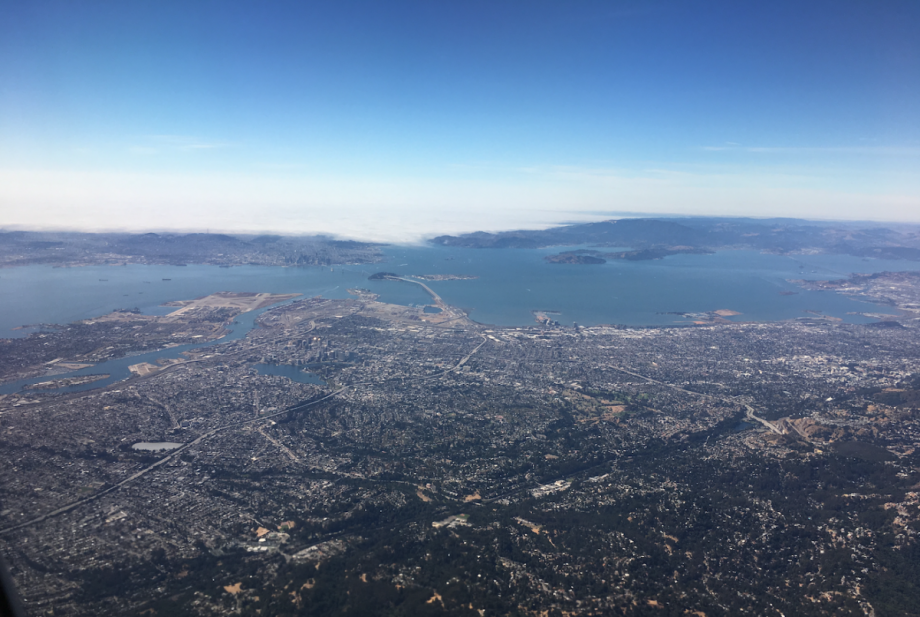 This is part three of a three-part series about the proposal bus rapid transit system in Oakland, Berkeley, and San Leandro California. Read part one, a general overview and part two, describing opposition.

Opposition to the East Bay bus rapid transit (BRT) project has been fierce enough to see its completion delayed and its goals sidetracked — at least in Berkeley, where business owners and neighbors on Telegraph Avenue have endeavored to get the project’s planned bus-only lanes out of consideration. The BRT line, if it’s ever built, would run from downtown Berkeley to San Leandro, via downtown Oakland.

But to what extent is this opposition founded in the sense that the status quo must be preserved in terms of mobility? What is the role of the community at large in developing new and improved transportation systems for the development of a different type of urbanity?

“It’s a big change and I get that,” “Rocky” Fernandez, head of local agency AC Transit, told me. “I’d like to see it succeed in the cities that want it, and eventually spread throughout the region.” But there are significant obstacles that must be overcome before that happens.

The most immediate effect of the BRT project would be reframing the role of the streets along which it would run. Instead of being a conduit for private automobiles, with occasional buses sharing limited space, the streets affected would adopt new identities as transit-oriented corridors. If you lived in the surrounding neighborhoods, you would walk to the streets where BRT runs and be able to hop on a reliable, frequent, and comfortable bus, just as one does when arriving at a local rail transit station. That’s more than can be said of most streets in the Bay Area, let alone in the U.S. as a whole.

“If you live close to rapid transit, you’re going to have a tremendously higher rate of using that transit,” said Joel Ramos of Transform, a local non-profit pushing the project. And the BRT program will only make the situation more convenient. “When you take into account the dedicated lanes, proof of payment and more, you get about a 30% travel-time reduction,” Ramos argued.

Moreover, the dedicated lanes that the BRT opponents so seriously dislike are key to the system’s ability to provide on-time service to customers, since separating buses from cars is the only way for the line to avoid traffic. “The key is the reliability,” said Rebecca Saltzman, who writes Living in the O online. Assuring potential riders that the bus will show up on schedule should not be a secondary priority for a transit agency.

Just as essential, BRT promotes the idea that transit can be the primary mode of travel even in places where rail transit isn’t directly offered. By providing a well-designed bus service, the BRT could set a regional standard for improved mobility for people without automobiles. And it would be done at a far cheaper price than building a new light rail corridor or even more expensive rapid transit line.

Contrary to the statements of those fighting the BRT program, the fact that the project will run roughly parallel to the BART rail rapid transit line isn’t a negative factor. In fact, the two transportation modes can play mutually supporting roles in the overall transportation network, rather than be competitors for the same passengers, since the relatively slower BRT project would be designed to attract people wanting to take short trips and the faster BART line into which it would feed would handle longer commutes. The development of one corridor could even increase the number of passengers on the other.

In addition, it makes sense to imagine the BRT line as a way to “spur some development,” as Saltzman put it. If the areas along which the bus line runs are primarily single-family residential neighborhoods today, a good transit option would likely increase the amount of multi-family, multi-story construction. Though this in itself would probably encourage citizen opposition, it would also emphasize that future growth in the Bay Area should go in sustainable, compact places where transit is a realistic option. BRT allows that rethinking of the whole region as a place where there can be alternatives to more sprawl.

“This is a very progressive area of the country, but in some places, there’s a faux sense to it” Eric Chase of the Transbay Blog said. “When it comes down to it, do you want to give up your parking space?” To Chase, the opponents are missing out on a big opportunity: “I don’t think they’re thinking about the fact that a new transit line will bring in a new set of customers.” Indeed, those who oppose the project may not even be evaluating to a full extent who their existing customers really are: Today, only 20% of shoppers heading to downtown Berkeley use their private cars to get there.

But the issue is ultimately more complex than that. For the Bay Area, investing in this BRT project ultimately means reevaluating how neighborhoods work and reconsidering the role of transit in the life of the community. Should it play a minor role, or should it assume a major presence on some corridors? The answer to that question could define for generations how people get around in the region and what kind of growth is acceptable.