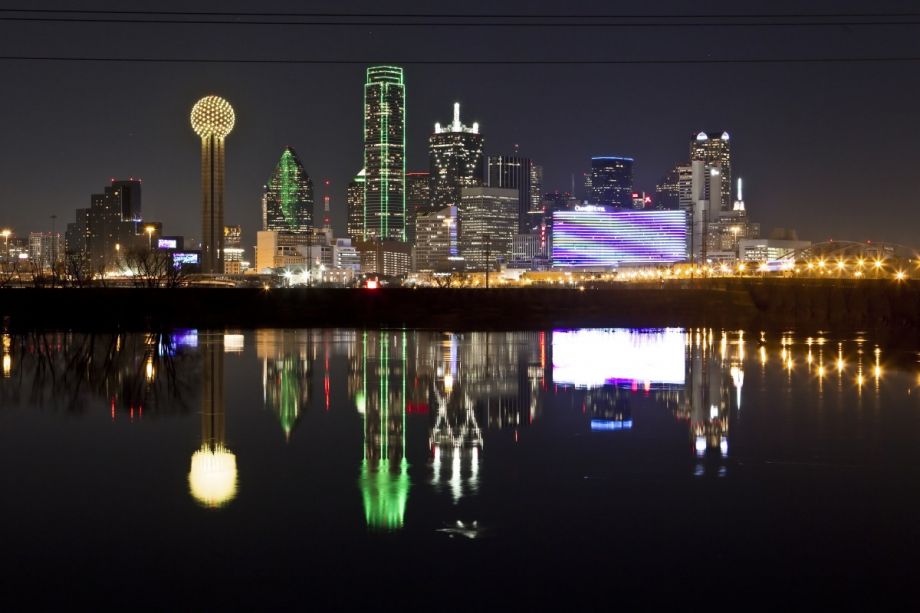 In January, city leaders in Dallas presented a new plan for economic revitalization in Fair Park, one of the poorest neighborhoods in the city. But what they unveiled during a press conference wasn’t from the traditional playbook of city-sanctioned job platforms, like a new workforce training center, or a new facilities contract with a major employer.

Instead, they announced a new entrepreneurship hub — the type of place that conjures up images of middle-class college grads toiling away on computer code behind a laptop screen.

The 5,000-square-foot building at Malcolm X Street and Martin Luther King Jr. Boulevard will start operating under the name of the Fair Park District Entrepreneur Center. It’ll have all the same amenities as its five other partner centers in wealthier parts of the city, like a co-working area, mentorship programs and info on how to access capital.

But this sixth center, the newest in a series overseen by The Dallas Entrepreneur Center, is partly seen as a wildcard effort to reverse the tide of poverty that’s since overcome economic push after economic push by the government. (Dallas Mayor Mike Rawlings said it himself in an op-ed for the Dallas Morning News: Despite economic growth in industries throughout the city, his administration had failed Fair Park.)

The thread between poverty and entrepreneurship might seem long and thin. How can people struggling to raise families on a part-time minimum wage salary also prep pitches for seed funding rounds?

But Doric Earle, who will act as the director of the new Fair Park District Entrepreneur Center, says giving low-income communities access to entrepreneurship support could be the key to helping Fair Park area residents build their own path out of poverty — and to passing that path on to later generations. That observation is backed with research by groups like the Center for an Urban Future, which has documented how sometimes poor and poorly educated immigrants help revitalize entire neighborhoods in U.S. cities because of their entrepreneurial gusto.

“I realized after working in South Dallas for years that we needed some other way to create wealth or opportunity,” he says. “People there were working three to four jobs just to stay alive, so we knew the entrepreneur piece would resonate.”

While the city is a leader among U.S. urban areas in terms of business expansions and employment growth, Dallas is also nationally recognized as having the highest child poverty rate in the country. Poverty on the whole rose by 42 percent between 2001 and 2016, even as the city’s total population only rose by 4.4 percent in that same time frame.

When zoomed down to the neighborhood level, the 75215 ZIP code that houses Fair Park is the poorest part of Dallas County. Nearly one-third of adults 26 and older never graduated high school, and more than half of the ZIP code’s families don’t meet the federal poverty line of $23,550 a year.

But even before the city’s announcement, Fair Park was showing signs of an entrepreneurial tide. There’s Phyllicia’s Accessories, a small clothing store run by Phyllicia Tate-Locour. Our Door to Yours, run by Ty Frazier and Denise Harper, is a small catering company that’s filled plates at local events like the African American Museum’s Annual Blues & Jazz Festival.

And then there’s Miles of Freedom, the organization that Earle looks to as prime evidence of the nascent potential in residents who have been held back by frayed and sparse investment in their community. Founder Richard Miles was imprisoned for 15 years on the back of murder charges he didn’t commit. When he got out, he decided to devote himself to helping Dallas inmates secure housing and employment once they get out jail.

The Fair Park District Entrepreneur Center will start buttressing groups like these as early as the spring, with the intent of creating a circle of mentors that’ll build entrepreneurship into a keystone of the Fair Park economy. Earle says it’s about time.

“What you’d consider the normal makeup of your neighborhood commerce, none of that’s here,” he says. There’s no coffee shop, no local business squares, no nothing. “So we’re basically infilling that with entrepreneurs.”