Enter Camden — And Campbell’s – Next City 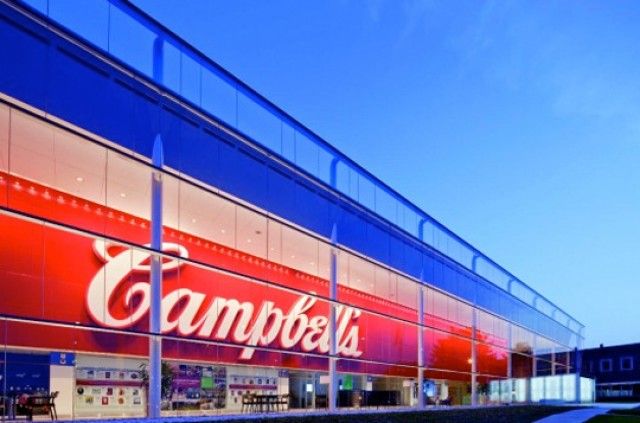 This post concludes a two-part series on redevelopment efforts in Camden, N.J. Click here to read part one.

Nearly a decade ago, the Campbell Soup Company found itself at crossroads: Relocate its headquarters or remain based in Camden, N.J., its home since 1869.

But the company — one of the few remaining vestiges of Camden’s industrious past — realized that if it stayed in the city, it could make a major impact on the community.

According to Anthony Sanzio, director of corporate communications for Campbell, the company “went to the state economic development authorities and told them that we wanted to redevelop our corporate campus. And they asked, ‘would you guys be willing to do more and develop around Campbell’s campus?’’”

They were, said Sanzio. In 2005, the company spent $132 million $6 million to purchase the 13 acres that surround its corporate campus. The intention, Sanzio explained, was “to serve as the master redeveloper of the area and work to attract other businesses to this part of the city and turn it into an office park.”

Sanzio said it quickly became apparent just how much work needed to go into revamping the property. (Campbell would eventually pour about $132 million into the entire project.)

Campbell Soup is based in the Gateway District, a desolate, economically depressed neighborhood in the easternmost part of Camden. The company’s sprawling 40-acre corporate campus emerges amid a post-industrial brownfield like an oasis in a desert of asphalt.

Before Campbell Soup could address the aesthetics of the Gateway District, however, the existing infrastructure required extensive work in order to attract a developer. Using a $23 million grant from the New Jersey Department of Transportation, the area’s street layout was completely reworked, and its water and electric utilities modernized.

“[The Gateway District] will be extraordinary for the city of Camden,” said Saundra Ross Johnson, executive director of the Camden Redevelopment Agency. “Beyond the change of the landscape of the entry into the city, this development will bring tremendous job opportunities, as well as high levels of economic development and environmental justice in this part of the city.”

Within a couple of years, Ross Johnson said, the Gateway District will be a well-developed office park — maybe with some level of retail — that is “full of people and energy.”

“It will be a wonderful way to welcome people into the city,” she said.

However, there still much to be done. Sanzio said further redevelopment will begin with the demolition of an abandoned historic building that sits in the center of the 13-acre tract.

No more than 600 yards from Campbell’s $90 million headquarters, the Sears Roebuck building — a grand, but decaying, Palladian-style structure lined with Doric columns and capped by a rusting limestone façade — has been enmeshed in controversy, nearly dismantling the entire Gateway District project in its infancy.

In 2007, just over a year after the Gateway redevelopment plan was first announced, local activist Frank Fulbrook took the City of Camden to court. He wanted to prevent Campbell Soup from purchasing, and subsequently demolishing, the Sears Roebuck building.

Over the next five years, legal decisions went back and forth, favoring one side or the other, and forestalling the redevelopment of the Gateway District.

In June of this year, the ordeal came to an end when Campbell was able to purchase the building for $3.5 million.

Sanzio said that while it’s “a shame” to see a historic building demolished, “the structure had outlived its usefulness.” And it had been an impediment to redevelopment, he said, because the dubious building made potential buyers apprehensive.

“It will make it much easier for Campbell Soup to approach potential developers and tenants,” Sanzio continued. “Because there is a definite plan for the entire project.”

Over the coming months, Sanzio said that Campbell Soup, the master redeveloper of the Gateway District project, will continue to reach out to potential developers interested in a portion of the property.

But Campbell has a vision that extends beyond the Gateway District.

“[With] all the development that Cooper is doing with its medical school,” said Sanzio, “we have the long-term goal of turning Admiral Wilson Boulevard into a commercial corridor that generates substantial income for the city and provides well-paying jobs for residents of the city.”

“We want it to be the main artery of Camden’s economic recovery,” he said.

Construction on the Haddon Avenue Transit Village is expected to begin in 12 to 18 months. Credit: Delaware Valley Regional Planning Commission

Talk for long enough with those involved in Camden’s ongoing recovery, and a common thread emerges: The importance of utilizing the assets that the city retained during the second half of the 20th century.

With Philadelphia right across the Delaware River and New York City 90 miles to the north, perhaps Camden’s most tenable advantage is its location in the Northeast Corridor.

In southeastern Camden, on a 15-acre vacant tract land between Our Lady of Lourdes Medical Center and the Ferry Avenue PATCO rail station, you can find the Haddon Avenue Transit Village. Many are betting that this $100 million transit-oriented, mixed-use development will completely transform this part of the city.

The project’s purpose, said Joe Myers of the Cooper’s Ferry Development Association, is to make Camden more accessible to commuters and other visitors from Philadelphia or Southern and Central New Jersey.

The benefits are twofold, Myers said: First, the immediate impact of office and retail space coming to an underdeveloped part of the city. Second, and more long-term, the transit village project will completely modernize infrastructure along the Haddon Avenue corridor.

“The Haddon Avenue Transit Village will open this part of Camden for development for the coming years,” Myers said. “It’s a major corridor that goes through a number of neighborhoods, and through developing Haddon Avenue we hope to bring more economic opportunities to these part of the city.”

Construction on the project is expected to begin in 12 to 18 months. Included in the development is a grocery market — the first to opened in Camden in over a decade —retail space , 40,000 square feet of office space, over 250 market-priced housing units, a structured parking garage and the creation of pedestrian-oriented streetscapes.

“A strategy that we’ve been following throughout the city has been shoring up the gateways into our city,” said Ross Johnson of the Camden Redevelopment Agency. Because of its accessibility to rail and highway infrastructure, the future Haddon Avenue Transit Village will be one of the main entranceways into Camden from the suburbs.

“So by making this part of the city a hub of economic activity and center for employment opportunities,” Ross-Johnson continued, “and it will better integrate Camden into the regional economies of Philadelphia and New Jersey.”

Can Camden — until now largely left out of the urban renaissance that has rejuvenated cities across the U.S. — seize upon its geography, legacy institutions and grassroots activists to get the shot in the arm it needs? If it becomes even a small hub of economic activity and employment, there’s a fighting chance.