Energy around Paid Leave Policies Continue to Grow – Next City 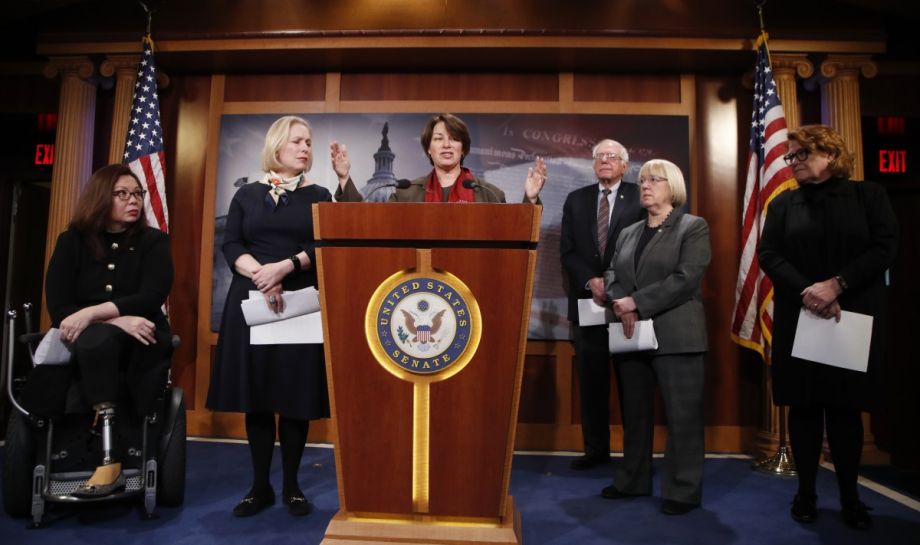 The United States is the only developed country with no requirements for paid vacation time, and the way states deal with this issue varies significantly. But all work and no play has physical and mental health consequences, and the BuzzFeed example shows that even white-collar workers aren´t guaranteed fair treatment when it comes to paid time off. Labor advocates say that conversations about burnout and greater acceptance of policies such as paid sick leave indicate this is the time to strengthen PTO laws across the country.

Jonathan Bernstein, a New York labor attorney with Meenan & Associates, says that New York law states that companies must pay out unused vacation time—unless the company has a different policy in place, rendering the law essentially toothless. In addition, some employers, he says, prevent workers from actually taking time off — or the workplace culture implicitly pushes employees not to slack off, which can lead to large backlogs of unpaid time.

In the open letter BuzzFeed’s employees wrote to management advocating for the company to pay out unused PTO, they described the challenges many faced actually using their allotted leave:

This is paid time that employees accrued by choosing not to take vacation days, and instead do their work at BuzzFeed. Many of the employees who have been laid off had the most difficult jobs in terms of scheduling — such as the breaking and curation teams on BuzzFeed News who regularly worked weekends and holidays, or managers who weren’t able to use vacation time because they were expected to be available to their teams. They saved up those days (or weeks) because they were so dedicated to their work, and, in some cases, felt actively discouraged from taking time off.

Sherry Leiwant, co-founder and co-president of A Better Balance, a non-profit which promotes flexible workplace policies, says that energy around paid-time-off policies is a building wave.

“We like to think we helped create the wave,” Leiwant said, “but we have also really ridden the wave that recognizes that [paid time off] is a really serious problem in the United States for everybody.”

Leiwant points to legislative success in recent years around establishing paid sick leave provisions as an important step forward. The group is also working on paid family leave and other policies that can help people care for themselves and families, and she ticks off six states that already require companies to allow time off to care for sick children or family members. Leiwant says Oregon, Maine, Minnesota, Colorado and Connecticut will all be debating family-leave bills this year.

But family leave doesn’t go far enough, in Lewaint’s view. “People need time when they’re not sick to spend with their families or just reduce their own stress level and just take a breather,” Leiwant said. “There are lots of things that don’t relate to illness that you need to take time for. Going to school conferences, bereavement, things like that.”

In New York City, Mayor Bill de Blasio recently proposed legislation that would require private companies to provide employees with two weeks of paid vacation, a proposal Leiwant calls “pathbreaking.” The current proposal would benefit an estimated 500,000 people who don’t currently have paid leave. Leiwant is hopeful that, if passed, this proposal could blaze a trail for other cities and states.

“I think, at this point, on paid family leave and paid sick days, what we really need to see is a federal law to give those benefits to people,” Leiwant said. She pointed to the Family Act and the Healthy Families Act bills in Congress aimed at establishing national requirements for paid leave time for health issues, including caring for a sick relative. The Healthy Families Act would require businesses with 15 or more employees to provide paid sick time. The Family Act “would piggyback on social security,” Leiwant said, and create the Family Medical Leave Insurance Trust Fund. Both bills have been introduced in both houses in multiple sessions of Congress, although they have yet to be reintroduced in the current legislative session.

Lewaint says her organization knows firsthand how important these benefits are. “We have a hotline for people to call if they’re having problems accessing paid family leave or paid sick time, which we have here in New York City,” Leiwant said. “We hear all the time from people how life-changing it is having these benefits and how important they are for taking care of their families.”