‘Energy Aggregation’ Has the Potential to Transform How We Get Power, But Hurdles Remain – Next City

‘Energy Aggregation’ Has the Potential to Transform How We Get Power, But Hurdles Remain 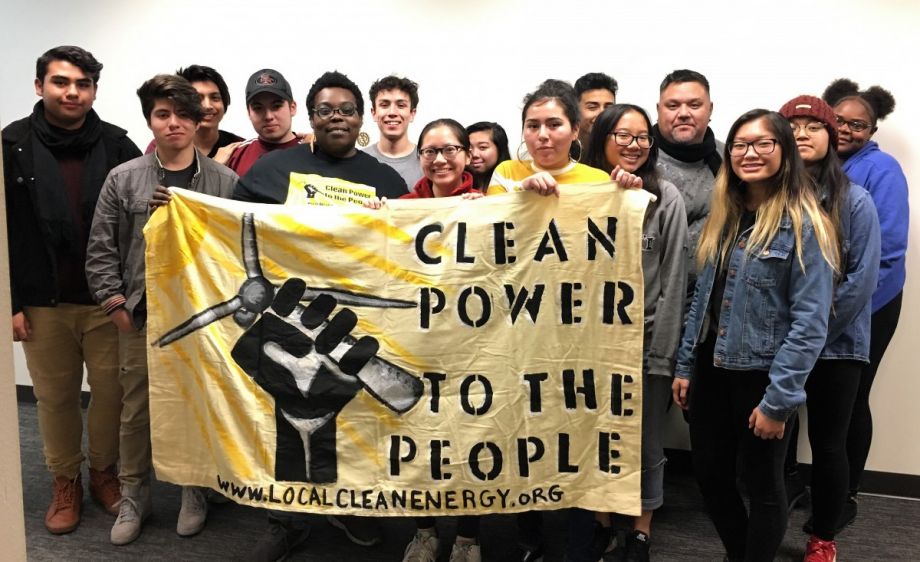 To many experts, the 2020 fire season is proof that California is feeling the trickle-down effects of fossil fuel investments by the state’s investor-owned utilities. To exert more local control on the energy grid – in part, to shrink emissions – many California communities have turned to Community Choice Aggregators, which allow communities to buy electricity “in bulk” from greener providers. These programs often don’t require running new electric poles or installing new infrastructure. Instead, communities say they want energy from a cleaner source, form a public energy management agency, and voila, customers’ electric bills go to paying solar and wind farms instead of fossil-fuel plants.

In the Bay Area, the Local Clean Energy Alliance successfully lobbied for the creation of East Bay Community Energy, a public agency that buys clean power and sells it to customers in 11 cities in Alameda County at a cost lower than what Pacific Gas & Electric (PG&E), which serves 15 million people in northern and Central California, charges. East Bay Community Energy says that its discounts have saved customers $8 million in 2019, while the agency’s excess revenue – $300,000 since its 2018 launch — has been reinvested into Bay Area nonprofits and, now, into COVID-19 relief grants.

It’s successes like these that make Local Clean Energy Alliance and other allies argue that expanding community choice nationwide could be a pillar of a Green New Deal. A publicly run power agency provides everything “from environmental justice benefits to economic justice benefits to social justice benefits because you can control your own energy procurement system,” says Local Clean Energy Alliance coordinator Al Weinrub. Revenue generated by community choice aggregators, in addition to actively investing in the revitalization of distressed communities, can support local solar, net metering programs, and solar battery storage installations. This can provide climate-friendly upgrades to low-income communities of color while also employing some of those same residents.

But a number of factors threaten to derail community choice aggregators like East Bay Community Energy. The 1.5 percent discount that East Bay Community Energy originally offered is now only available through its most competitive – and least green – energy package. According to Jessica Tovar, Local Clean Energy Alliance’s energy democracy organizer, overall savings for most customers now come closer to one percent.

The Local Clean Energy Alliance sees the fee as a push from investor-owned utilities to stifle the growth of community choice aggregators. The California Public Utilities Commission says the fee “is the mechanism to ensure that the customers who remain with the utility do not end up taking on the long-term financial obligations the utility incurred on behalf of now-departed customers.” (PG&E said through a spokesperson that “the California Public Utilities Commission (CPUC) and Federal Energy Regulatory Commission (FERC) regulate PG&E and determine the rates it can charge its customers to recover the costs needed to provide safe and reliable service.”)

On the other hand, California community choice aggregators have an advantage. California’s community choice law also allows communities to produce their own green energy, something East Bay Community Energy hopes to do eventually. This would create a source of publicly owned, carbon-free electricity — and, says Tovar, “create jobs to keep wealth in the community.”

Chad Small is a New York City based freelance reporter who primarily writes as the Environmental Reporter for Blavity: Politics. He is also a New Economies Reporting Project‘s Finance Solutions Fellows with the New Economy Coalition. His reporting principally covers the economic, social, and public health effects of Environmental Racism in the United States, and throughout the African diaspora.