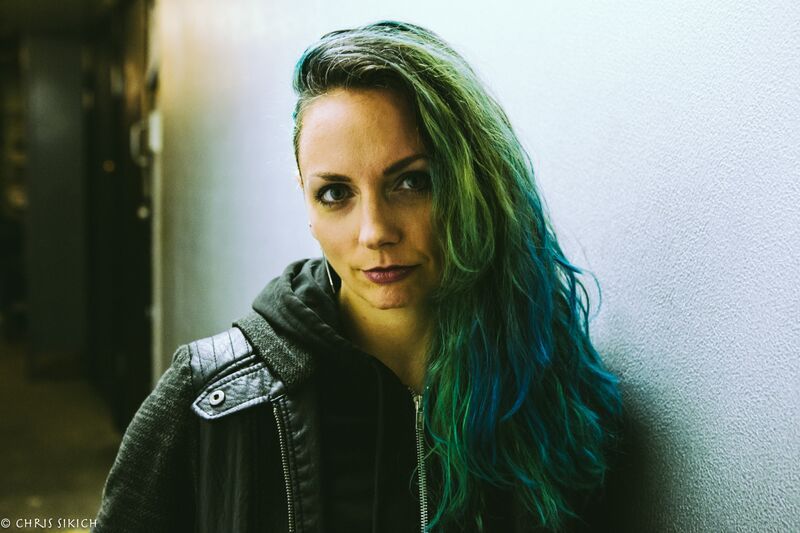 At Lollapalooza, concertgoers are greeted with a huge digital sign telling its fans “You make Lolla great! Look out for each other!” The message, from the anti-sexual harassment campaign Our Music Our Body, went up in 2018 and urges attendees to alert staff if they’ve felt threatened or harassed at the event.

These venues and events across the U.S., and many others, have taken steps toward preventing harassment in their public spaces. In the wake of the #metoo movement, some event organizers and business owners are seeking to create more inclusive environments as people recognize the realities that women, LGBTQ people, and other marginalized individuals can face on a daily basis.

Musician and activist Shawna Potter wants to help them.

Potter, singer for the hardcore punk band War On Women, has written a book to guide establishments — from coffee shops and art galleries to music venues and festivals — that want to shut down harassers but may not know how.

This is not new work for Potter. In 2011 she founded a Baltimore chapter for Hollaback! — a national organization that aims to end harassment. That chapter also includes the Safer Spaces initiative, in which local venues and cafes can declare their commitments against harassment. While touring with her band, she took the program on the road and offered anti-harassment trainings to the places where she performed. She even taught safer space tactics to attendees of the Vans Warped Tour in the summer of 2017.

Potter began organizing her thoughts and trainings in writing in 2017, around the time when the #metoo hashtag took off.

“People were hungry for this information,” Potter tells Next City. “I wanted to give them an answer. Here’s what to do. Here’s a checklist.”

For Potter, the guidelines in her book, “Making Spaces Safer,” “should not be radical.” She aims to take the concept of a safer space out of academia and into the mainstream.

“I believe that this is normal. It should be the new normal,” Potter says. “It should be something that … everybody does to make people feel welcome and included.”

“You do not need to be an activist to ensure people have a good time at your venue,” she writes in her book.

One way to start, she says, is by adding signage on entryways, bathrooms, and across social media and event pages to declare that “Harassment and Violence Will Not Be Tolerated” or by declaring a “Hate Free Zone.” She encourages business owners to “get specific about what you don’t tolerate and how you’ll handle it by posting an official anti-harassment policy.”

“I think customers need to know the intentions of the space and it definitely helps people know that they can feel welcome in a space,” Potter says.

Edmund Soohoo, who serves on the board of directors of the L.A. Chinatown Firecracker Run, says the idea to display the sign welcoming all races and sexual orientations came from their young marketing and social media coordinator.

“There was not much discussion prior to posting it, but we did have some discussion about it after,” Soohoo says of the volunteer-driven organization. “Discussion was along the lines of ‘Is it necessary to put that message out there?’ ‘Will it be offensive to our participants?’”

He says a few of the older members of the organization did ask questions later after the sign was posted.

“We agreed it was an important message and needed to be stated in a visible display at our event,” Soohoo says.

To Potter, it’s not enough to stop at a sign.

In the book, she details how to talk to those who have been harassed and how to handle those responsible for the harassing. In short: Listen to and believe victims, she says, and ask victims how they feel staff should handle the incident, whether that means keeping an eye on the harasser or even removing that person from the space.

Potter says it’s no longer enough for a business to do nothing, to simply let a harassment incident simmer down.

“One major reason is the Internet and call-out culture,” she says. “It will exist forever online if you mishandled something and people are finding power on the Internet.”

“It’s very possible to have a business be ruined by one mishandled incident,” Potter adds.

In Orange County, for example, the popular music venue La Santa was forced to end its relationship with an investor who had been fired from a previous job over “credible” accusations of sexual harassment. People complained on Facebook and Yelp about seeing him at La Santa and called out the venue for allowing him there.

“We disavow sexual harassment and do not tolerate it in our workforce,” the venue said in a statement.

Potter, in the book, also delves into proper ways staff should apologize if they mishandled an incident. She advises staff to clearly state what they should have done and how they will change things in the future.

Potter acknowledges that some are hesitant or a little fearful of what may happen if they start having these conversations.

“The people who get harassed for being who they are … more often than not they’re going to stop going to a place if they’re harassed there,” she adds.

“Letting it be known that you actually have their back and that you’re willing to have those tough conversations, that keeps the people around that you want to have around,” Potter says.