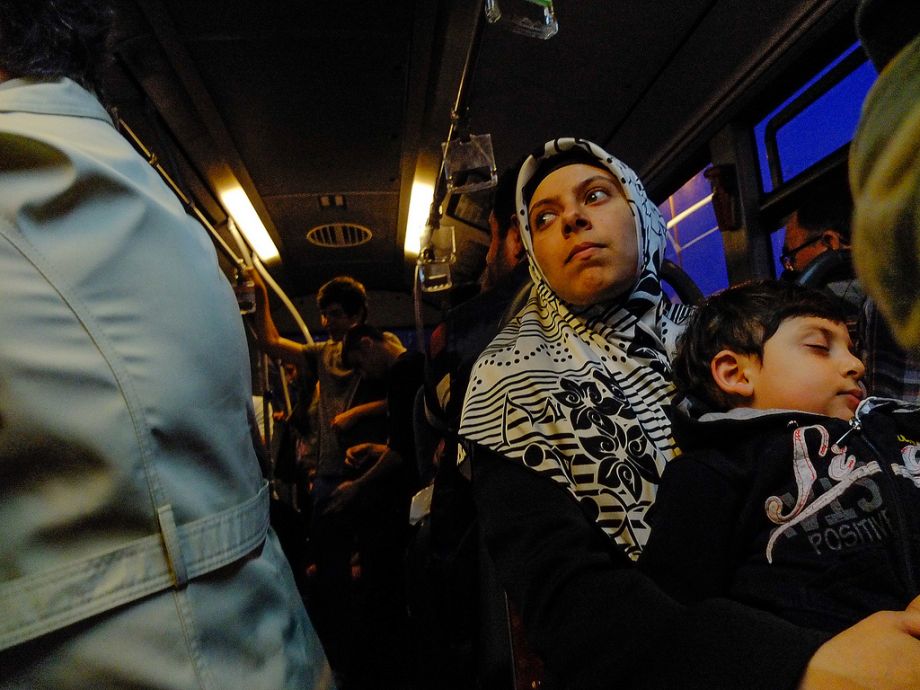 Conservative leaders have been tacitly encouraging Istanbullus to spy and snitch on each other. Photo credit: Daniel via Flickr

Foreign tourists and street cats are ubiquitous in Istanbul’s Tophane neighborhood, where I live. So too are conservative Turks, many from Siirt, the hometown of the headscarf-wearing wife of Prime Minister Recep Tayyip Erdogan.

This conservative streak creates a problem. Not for the cats – who live like fur-coated sultans, loved by all – but for the mostly young, urbane Westerners who stay in the smart guesthouses that have colonized the neighborhood and much of Beyoglu.

Like millions of progressive Turks, these visitors tend to practice lifestyles that clash with locals’ traditionalist values. They drink alcohol. They dress provocatively. They have unmarried sex. Erdogan and his ruling Justice and Development Party (AKP) – along with their local supporters – frown on this sort of behavior. To this government, sex, like protest, is a form of terrorism.

Consider a TV ad created by the government security directorate and released weeks before the Gezi protests that swept Turkey this spring. As detailed in a previous post:

A young man is shown giving a rose to a young girl. Soon after, the girl is seen chanting slogans in a street protest. “They use the mask of ‘standing up for your rights’ in small demonstrations,” the narrator says, “then they quietly steal your child from you.” The story closes with the girl becoming a suicide bomber.

This is a criminalization of not just peaceful protest (which is legal in Turkey), but also of amorous young men and the very idea of young love – which brings us back to the guesthouses. Late last month police officers started to raid them, drug-bust style, in groups of up to 20 officers, and shut them down.

“This is technically about licensing issues, and those have been going on for years, but the police conduct has completely changed,” Ali Danış, president of the Home Tourism Association, told Today’s Zaman, an English-language daily. “We feel increasingly intimidated and brutalized.”

As of early November authorities had shut down as many as 150 lodgings, from budget hostels to sleek boutique spots like the Georges Hotel, where rooms run up to $1,000 a night. Most of the shutdowns have occurred in conservative areas; the crackdown appears to have been sparked by neighbors’ complaints.

Some locals reportedly heard that young couples were renting out apartments for periods as short as an hour or two. Danis said his organization is discussing the institution of a two-day minimum rental.

On my street at least six guesthouses have been closed for weeks. The owner of one, who preferred to remain anonymous because he feared reprisals from locals and the government, said police turned up one night complaining about licenses and shut his place down the following morning. Guests were pushed into the street with their luggage, forced to find new lodgings.

“This is not Turkey – to complain about tourists, to not welcome foreign guests. We are losing money,” he said. “These people in this neighborhood, instead of trying to understand each other, they want everyone to live the way they do.” 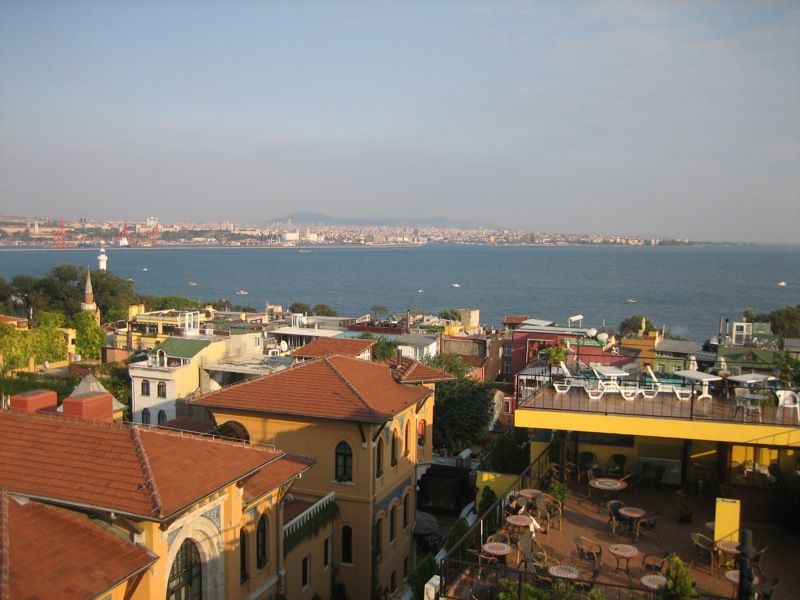 Owners of guest houses worry that the conservative crackdown will be bad for business. Photo credit: carin via Flickr

Empowering conservatives to denounce their more liberal-minded compatriots seems to be a long-running objective of this government. Earlier this year, Ankara subway officials called on metro riders to act in accordance with “moral rules” and refrain from kissing while using public transportation.

During nationwide protests this spring, Erdogan called the demonstrators “looters” and “terrorists” and urged people to report their neighbors, including those banging pots and pans in support of the protesters. More recently, the government talked of installing neighborhood informant boxes across Turkish cities to allow for anonymous tips on suspicious activity. The past few weeks have shown it needn’t bother.

First, Erdogan exercised traditionalists by highlighting the supposedly growing problem of co-ed student housing. “How appropriate can it be to allow a girl and a boy to share the same house? How would you feel if you daughter or son were sharing an apartment with students of the opposite sex?” he said. “We will, if necessary, push for legal changes to deal with this matter.”

The response was Pavlovian. The day after the prime minister’s statement, police raided the Tophane apartment of two female Turkish students, prompted by a neighbor’s complaint, according to the landlord.

Days later, again acting on a neighbor’s tip, police raided a house in the western province of Manisa where three female students had two male friends stay over as guests. The girls were fined $45 for a noise disturbance.

In Istanbul’s mostly conservative Uskudar neighborhood, a message posted at the entrance of an apartment building called it “inappropriate” for “boys and girls” to live together and called on residents to report co-habitators to the police.

AKP critics, meanwhile, were none too happy. Op-eds portrayed the raids as illegal invasions of privacy and argued that any law against co-ed housing would be unconstitutional. Some see the guesthouse closures and the co-ed housing brouhaha as an AKP effort to court base voters in the run up to local elections next March. That may be one objective. It could also be that Erdogan is courting conservative Arabs from wealthy Gulf states, whose investments have in recent years helped prop up the Turkish economy.

A more troubling concern among liberal Turks is that all this is yet another example of Erdogan’s secret agenda to impose a more pious lifestyle, like the country’s new restrictions against alcohol and his earlier attempts to criminalize adultery and abortion.

They believe this government continues to trod on the secular ideals of the country’s beloved founder, Mustafa Kemal Ataturk. Many have embraced him all the more in response: on the anniversary of Ataturk’s death last week, nearly 1.9 million people visited his mausoleum in Ankara – the biggest turn-out since the 1990s.

Many of these critics see the AKP as undermining Turks’ Westernized way of life, slowly turning their country into Iran or Saudi Arabia. But Turkey seems to have little need for a mutaween, or religious police force; citizens are doing the job themselves.

This highlights a powerful truth.

Turkey has become increasingly polarized in recent years not because of the sometimes aggressive conservatism of its prime minister, but because its people have in fact become increasingly polarized. When Ataturk founded the republic in 1923 he installed a strong military to keep Islam out of government. And it did so for decades, flexing its muscles with a coup when needed.

But, as happened across much of the Muslim crescent stretching from Malaysia to Morocco, Turks’ devotion to Islam and its role in government and society deepened during the 1960s and ’70s. The result has been shifting cultural norms and a string of more or less Islamist leaders coming to power, from Turgut Ozal to Necmettin Erbakan to Erdogan. The rise and sustained success of the neo-Islamist AKP reflects a real desire for piousness among at least half of the country’s population of 76 million.

Now the tide is coming back in. Today’s Turkey is more than 70 percent urban and modernizing quickly. Much of Istanbul, Ankara and other cities are as contemporary as New York or Madrid. Though many AKP-supporting Turks see themselves as modern and urbane, in the years to come cultural wars between conservatives and expanding urban middle classes are sure to increase in frequency and intensity.

It’s the continuation of a clash that’s waxed and waned in Turkey, and other parts of the world, since at least the mid-19th century. The meeting place of Asia, Europe and the Middle East, Istanbul represents the front lines of this war. “Istanbul’s greatest virtue is its people’s ability to see the city through both Western and Eastern eyes,” Pulitzer Prize-winning author Orhan Pamuk writes in Istanbul. That may have been the case at one time, and it may again be true in the future. Right now, locals are taking sides, lodgings are the new battleground, and only the cats have it easy.

A freelance journalist and editor based in Istanbul, David Lepeska writes about Islam, technology, media, and cities and sustainability, and has contributed to The New York Times, The Economist, The Financial Times, The Guardian, Metropolis, Monocle, The Atlantic Cities and other outlets.