What’s Next for State Takeovers of U.S. Cities – Next City

What’s Next for State Takeovers of U.S. Cities 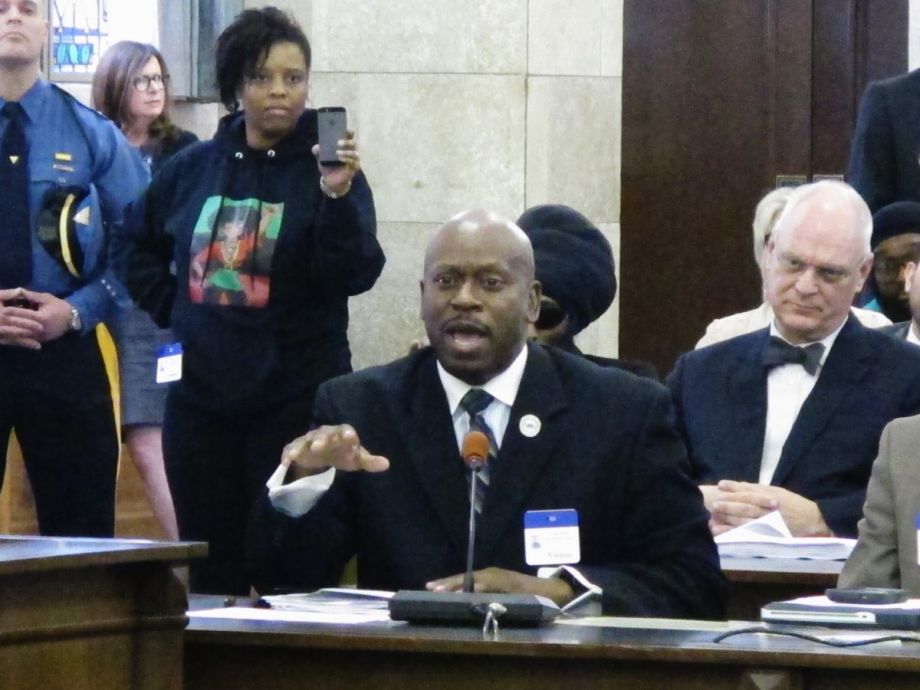 Laws in 20 U.S. states allow state intervention in struggling cities, from monitoring local government finances to taking over day-to-day operations. Michigan has one of the country’s oldest such laws, but Democrats in both houses of the state’s legislature have introduced bills repealing it, following the disastrous handling of changes to Flint’s drinking water source. A new analysis by Pew looks at the pros and cons of such intervention programs nationwide, and the potential future of Michigan’s.

Michigan governors have placed emergency managers in nine of the state’s cities since the law was enacted in 1990. Some of these appointments were successful. The Pew analysts count intervention in Detroit and an appointed manager’s navigation of bankruptcy there as one. Some, less so. The report notes that outside control of Flint city government was calamitous.

“There is no accountability for what these managers do because they only report to the governor,” Flint Mayor Karen Weaver told Congress in February. They also are protected from legal liability for their decisions.

The Pew analysis points out that many states don’t get involved in local finance at all. California did not intervene in the bankruptcies of Stockton or San Bernardino in 2012, nor did Alabama step in when the state’s largest county filed for bankruptcy protection in 2011. But Michigan has plenty of company. North Carolina monitors local government finances, and will take over if a city or county can’t balance its budget. New Jersey appointed an emergency manager in Atlantic City last year, and Gov. Chris Christie is urging the struggling casino town to cede more control to the state.

According to James Spiotto, a Chicago attorney who specializes in municipal finances, emergency managers tend to be unpopular because they are seen as “extremely hands on” while also being disconnected from the community, and often fail to resolve long-term, systemic problems, like financing public-sector pensions.

He recommends a model more like an independent control board, or a financial oversight authority. In that system, outside technical advisers with government finance experience assist local elected officials in making their own decisions, but don’t actually run the city.

Pew also found that when emergency managers are appointed, they’re most successful when they involve community stakeholders in discussions about the cuts needed to balance budgets. Former Michigan city emergency managers Joyce Parker and Kevyn Orr won acclaim for using this approach during their tenures, engaging public-sector unions, bondholders, businesses, civic leaders and nonprofits in conversations about the sacrifices they would need to make.

Pennsylvania altered its intervention program in 2014 to create a “recovery coordinator” model in which appointees advise struggling cities and towns on balancing their budgets.

Defenders of the Michigan law say that the crisis in Flint was a result of particular circumstances there, not the fault of the emergency manager system. They point to the success many managers have had. As recently as last summer, six Michigan cities were run by state-appointed managers. None are now, the first time that’s happened in 15 years. Terry Stanton, spokesman for the state treasury department, which administers the emergency manager program, told Pew, “Deficits have been eliminated, sound accounting practices have been restored, and advisory boards are in place to ensure a smooth transition to full home rule.”

Emergency managers have not seen success in Detroit schools, however. Enrollment continues to decline as costs rise, resulting in a $515 million debt. And after Darnell Earley, a former emergency manager in Flint, quit his Detroit school board position in February due to fallout over Flint, Gov. Rick Snyder appointed a temporary “transition manager” to replace him.

A Michigan State University professor told Pew, “I wouldn’t be surprised if it [the emergency manager law] is repealed” in Michigan following the Flint scandal. “The words, ‘emergency manager,’ are almost too toxic.”