Hyperloop’s Tech Is Coming to Public Trains – Next City 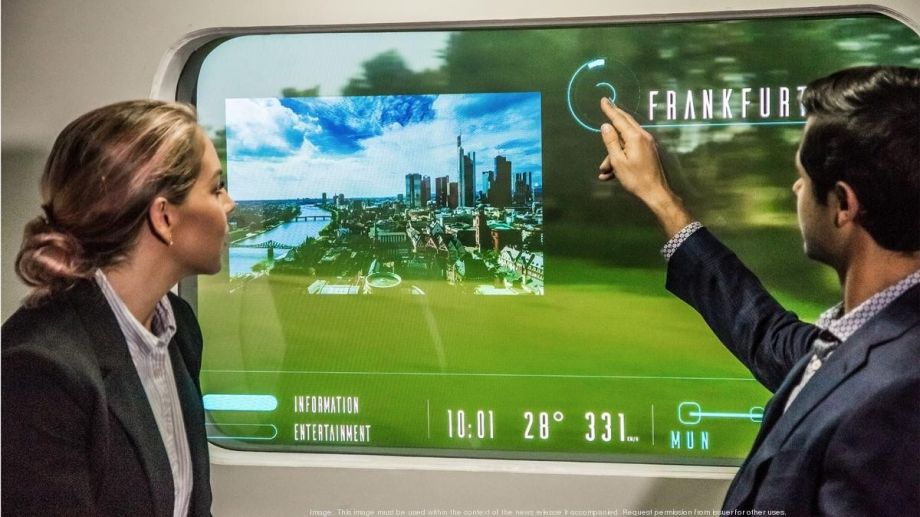 Hyperloop Is Bringing Next-Gen Tech to Public Trains
As construction of the first working hyperloop proceeds in the Nevada desert, the technologies being developed for the passenger pods that will operate in the supersonic tube transport system are finding their way to the conventional rails.

Railway Track & Structures reports that Hyperloop Transportation Technologies (HTT) has launched a partnership with Deutsche Bahn (DB) to develop an “innovation train” that would incorporate features such as augmented reality windows and a digital ecosystem into high-speed conventional trains.

The goal: to make passenger rail transportation more efficient, more enjoyable for the passenger — and profitable once again.

“One of the biggest issues in public transportation is the need for public subsidies,” HTT CEO Dirk Ahlborn told RT&S. “New technologies and new ideas can create a better passenger experience while solving these issues through new monetization strategies and business models, with the Hyperloop and all other forms of transportation.”

Development of the Innovation Train will rely on another high-tech process: crowdsourcing. HTT will oversee the community-input and collaboration part of the train’s development, and DB will finance the implementation of the technologies. The partnership aims to have a train incorporating the new enhanced passenger experience features ready for testing and evaluation early next year.

Rio Opens New Metro Line in the Nick of Time
Athletes and officials converging on Rio de Janeiro for the 2016 Olympic Games, which begin Friday, will have the city’s newest metro line at their disposal after all.

Work began on the six-station line in 2010, and it now connects the city’s tourist district in the east with the neighborhood of Barra da Tijuca in the west, where many of the Olympic venues are located. According to an article on the opening in Railway Gazette International, the line connects with existing Metro Line 1 at its eastern terminus at General Osório station. The six-station line is entirely underground except for a cable-stayed crossing of the Lagoa da Tijuca near its western end at Jardim Oceánico.

The line is expected to carry 300,000 riders a day. During the games, use of the line will be restricted to Olympic athletes, dignitaries, organizers and others with special access to games facilities.

In order to ensure things go smoothly during the Olympics, Changchun Railway Vehicles Co., the subsidiary of China’s CRRC that built the line’s trainsets, will operate the line for the duration.

“Line 4 will contribute to making the Rio Olympic Games the best in history and will become an important legacy for the city, improving the quality of life of the people who live here,” Rio State Transportation Secretary Rodrigo Viera told China’s Xinhua news agency earlier in the month.