Universities Are Taking Neighborhood Engagement to the Next Level – Next City

Universities Are Taking Neighborhood Engagement to the Next Level 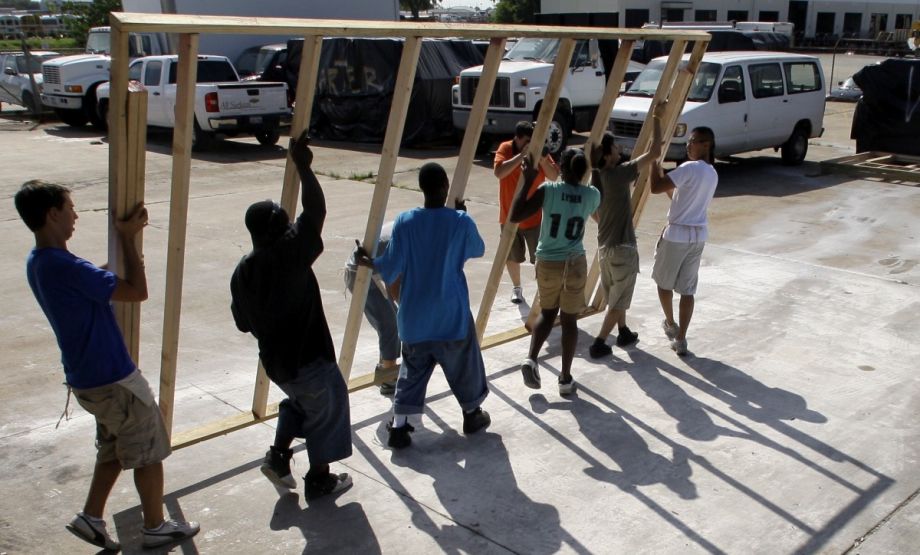 Universities have come to embrace the idea that community involvement is a key part of their academic mission. Whether by developing real estate, supporting local schools, supplying volunteers or engaging in research that seeks to solve community problems, urban colleges and universities are turning their communities into extensions of their campuses. On Nov. 19th, Next City will be hosting a discussion in Philadelphia about examples of such collaborations (the event’s free; register here), but meanwhile, here are four examples of universities working with their communities to mutual benefit.

Penn Alexander School, Philadelphia
The University of Pennsylvania in the early 2000s embarked on a series of programs aimed at stabilizing and improving the residential neighborhood just west of its campus, where a number of students and faculty live. Lighting programs, safety patrols and homebuyer incentives all drew more faculty and staff to take up residence in Spruce Hill, but the anchor of the effort was a new public elementary school backed by the university. Residents insisted that Penn’s name go on the school — formally the Sadie Tanner Mosell Alexander University of Pennsylvania Partnership School, but known to all as Penn Alexander — to signal the university’s commitment to its success, recalling the failure of a similar project at nearby University City High School in the 1970s. Working with the School District of Philadelphia and the teachers’ union, Penn has created a school that has become a true neighborhood draw: It has attracted so many families with children to the neighborhood that entrance to the school is determined by a lottery. Nearby Drexel University, whose president was Penn’s executive vice president when Penn Alexander opened, recently announced it will follow suit with a university-supported elementary school just west of its campus.

Creating Community Connections, Boston
This Massachusetts Institute of Technology-backed program used information technology as a tool for empowerment, education and strengthening connections among residents of a low- to moderate-income housing development in Boston’s Roxbury section. Launched in 2000, the program offered residents of Camfield Estates training in the use of computers, and a free laptop computer and high-speed Internet connection to interested tenants. Three-quarters of the residents of the 105-unit development’s 80 occupied units signed up for the program when it was first announced. The “C3” program also provided training and equipment for nearby businesses and institutions such as libraries and schools and a computer lab open to both Camfield Estates residents and their neighbors. Research conducted by Randall Pinkett, who was a PhD student at MIT at the time, offers guidance for others interested in deploying technology in this manner.

Center for Civic Leadership, Rice University, Houston
Modeled after similar institutions at peer universities, including Penn’s pioneering Center for Community Partnerships, Rice’s Center for Civic Leadership engages students and faculty in service projects, research and programs aimed at reducing poverty in Houston’s Fifth Ward. The center seeks to engage students in community-focused service and research from the moment they enter campus, beginning with a first-year orientation that introduces students to the community beyond the campus and extending all the way to a brand-new certificate program in civic leadership for undergraduate students. Last year, the Washington Center for Internships and Academic Seminars recognized Rice programs designed to produce sustainable reductions in poverty and create small interdisciplinary teams of students and faculty focused on identifying and solving specific problems in partnership with Houston civic and government agencies with a national award that includes up to four $5,000 scholarships for Rice students to participate in programs at the center.