Economics in Brief: Zero-Carbon Cities Could Be Worth $24 Trillion, Report Says – Next City

Economics in Brief: Zero-Carbon Cities Could Be Worth $24 Trillion, Report Says 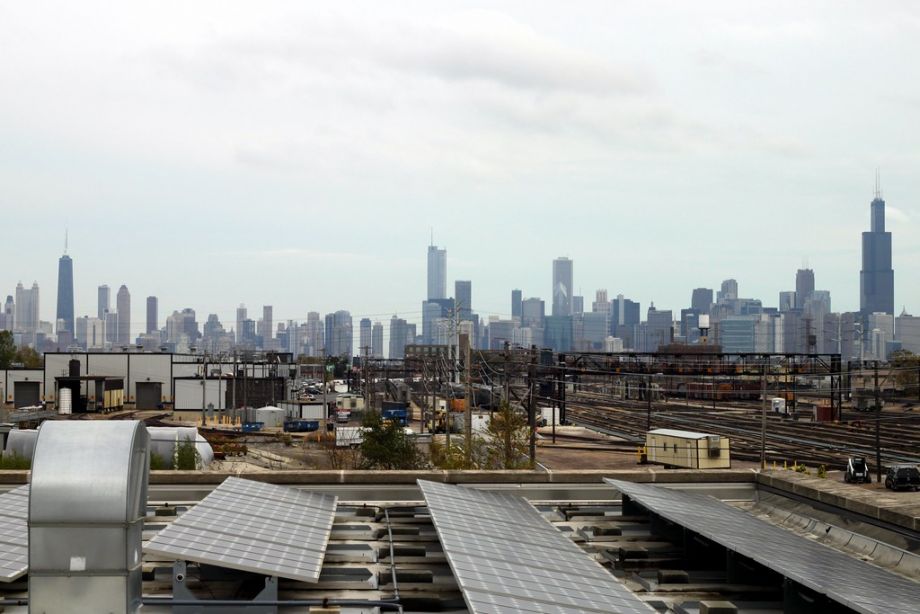 Zero-Carbon Cities Could Be Worth $24 Trillion, Report Says

A new report finds that if cities worldwide transitioned to zero-carbon, the worldwide benefits would be enormous: nearly $24 trillion in economic returns, millions of jobs, and better health.

The Coalition for Urban Transitions studied the costs of already proven technologies that reduce greenhouse gases — from everything as simple as increasing the use of of public transit and cycling to switching to renewable energies — and found that the cost of reducing cities’ emissions by 90 percent would be around $2 trillion per year. That’s not nothing, but it’s also only about 2 percent of global GDP, and by 2030 would generate savings of $2.8 trillion a year, growing to $7 trillion a year by 2050. This figure includes economic savings only — for example if a city saves on its power bills by switching to a cheaper form of renewable energy — and doesn’t include cost savings from citizens’ better health and other related outcomes.

Large cities, those with populations over 5 million, have a fifth of the world’s “abatement potential” — as in, they could collectively reduce urban CO2 emissions by one-fifth. But the biggest opportunity would be in small cities, with populations under 750,000, the report said, since they make up fully half of the world’s urban emissions. Smaller cities are usually under-resourced to make big changes, so states and nations will need to step in to fund the changes, the report said.

The law applies to loans between $2,500 and $10,000; previously there was no cap on loans higher than $2,500, and the state found that over half of those loans charged interest rates of 100 percent or more.

Loans of this size are sometimes called consumer loans or installment loans. In recent years, people have been able to get them online, possibly without any collateral.

Libertarian and Republican thinkers say that payday and consumer loans fill an important gap for people who can’t access other kinds of credit, such as credit cards. Diego Zuluaga, a policy analyst at the libertarian think tank the Cato Institute, pointed to a policy in the U.K. that similarly capped interest rates and resulted in a 53 percent drop in borrowers in the first 18 months, implying that some borrowers who would have received a loan under the old rules were being turned away under the new.

But Ohio recently capped its short-term loan interest rates at 28 percent, and the Columbus Dispatch found that nine companies — including the country’s three largest payday lenders — registered to operate in Ohio within days of the new rules taking effect.

“That should put to rest the claim made by abusive lenders who opposed the new law that they couldn’t possibly make a profit without making borrowers pay many times their original loan amounts in fees and interest,” the Dispatch’s editorial team wrote.

California Gov. Gavin Newsom still has to sign the interest-rate bill. He has not indicated whether he will sign the bill, the LA Times reported, but has made comments previously denouncing the payday industry, giving supporters hope.

California made waves in the sports world earlier this month by passing a bill that would allow college athletes to be paid for their endorsements, a move the NCAA has vowed to fight. But in the meantime, New York State Sen. Kevin Parker has introduced legislation that would give New York college athletes the same rights as their California counterparts.

“Many student athletes come from circumstances in which they are not well funded, while there are literally billions of dollars being collected by the NCAA,” Parker said. “It is horribly unfair that student athletes are providing time and talents and not being compensated.”

New York’s bill actually goes beyond California’s. While California’s law simply prevents colleges from enforcing an NCAA policy that a student athlete who makes money from endorsements must have his or her scholarship canceled, the proposed New York law would in addition require college athletic departments to give a 15 percent share of their annual revenue to student athletes, and establish a fund for college athletes who get injured.