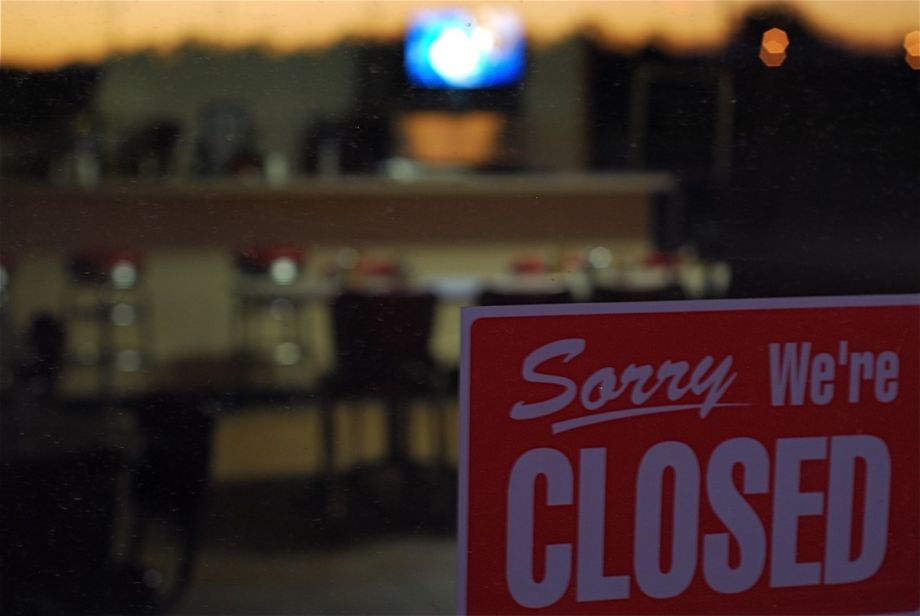 An estimated one in six restaurants nationwide have closed permanently or long-term across the country, according to a survey of 6,000 restaurants by the National Restaurant Association, Bloomberg reports. That percentage represents 110,000 restaurants.

Even restaurants that haven’t closed have seen expenses rise as sales fall; 90 percent of restaurants surveyed said their revenues had declined an average of 36 percent.

Many restaurants have pinned their hopes on outdoor dining (even when that outdoor space looks a lot like indoor space), but even that retrofit may not be enough to save restaurants. Many cities are now restricting both outdoor and indoor dining. In Baltimore, newly sworn in Mayor Brandon Scott made the move to ban outdoor dining in the city on his first day in office. Los Angeles County ended outdoor dining in late November, a move that led to court challenges and to cities forming their own health departments, a move one observer told the NY Times was “like a mini secession.” The state of California imposed a three-week lockdown that banned all outdoor dining shortly thereafter.

The U.S. House in October passed the Restaurants Act of 2020, which would provide $120 billion in aid. That package seems unlikely to pass the Republican-controlled Senate.

Gig workers lack protections such as a minimum wage, unemployment insurance and workers compensation. And the passage of Proposition 22 in California essentially enshrines that lack in law.

In response, a small but growing number of Bay Area restaurants have moved their business to a local bike courier service that is in the process of converting to a co-op. KQED reports that the Candlestick Courier Collective, with four owner-workers and 60 bike messengers, is converting to a structure in which independent messengers will have an ownership share. The collective delivers for local small businesses, mostly restaurants.

“It’s a groundswell from the community instead, as opposed to, you know, a venture-funded, hyper-growth, ‘Let’s extract as much from the people and the companies that are our clients and customers,’” Angel said. “I used to work in tech and there are some great tech companies out there, but there are a lot of places that put profit over everything else.”

The co-op model for gig workers is taking off in more places than just California. In Wednesday’s The Mobile City, Next City contributor Sandy Smith reported on a driver-owned organization in New York that competes with Uber and Lyft.

As Marketplace reports, the study looked at income distribution over a 45-year period, and income growth in relation to economic growth, to see if a rising tide has lifted all boats.

Spoiler alert: It has not.

Controlling for inflation, per-capita GDP doubled from 1975 to 2018. Incomes, however, did not.

Incomes in the top 95th percentile did increase over the past 45 years, meaning that the highest-paying jobs became even higher paying. Everyone else didn’t really see that growth.

The cost of that lack of growth overall is $47 trillion to workers’ pockets, the paper says.

Over those years, income growth was about a third of the growth in per-capita GDP, but a growth in womens’ earnings is mostly why. The average woman’s earnings has roughly doubled from 1975 to 2018, but the average man’s earnings has risen only about 14 percent for white men, and 25 percent for Black men (white men still out-earn Black men by raw numbers, though, and men still out-earn women). But at the highest earning levels, income grew by much more. If growth had been evenly distributed, then a full-time worker in America today — where the median earnings are around $50,000 a year — would be earning between $92,000 and $100,000 per year.

The paper has 61 pages of data and analysis worth digging into.