Economics in Brief: ‘Raise the Wage’ Act Passes in the House – Next City

Economics in Brief: ‘Raise the Wage’ Act Passes in the House 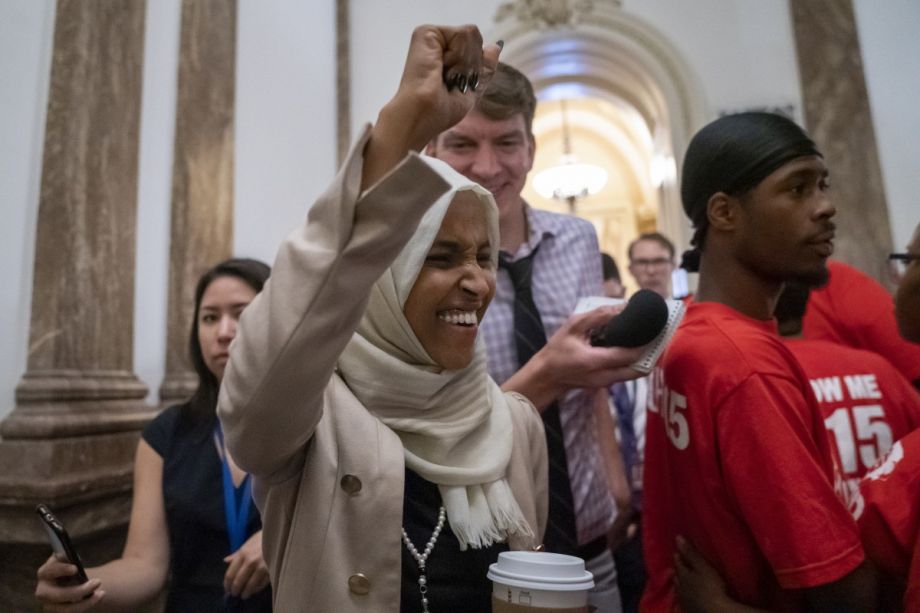 Rep. Ilhan Omar, D-Minn., a target of racist rhetoric from President Donald Trump, responds to cheers from visitors at the Capitol seeking a raise in the minimum wage, as she leaves the chamber following votes. (AP Photo/J. Scott Applewhite)

Raise the Wage Act Passes in the House

A bill to raise the minimum wage to $15 an hour passed the Democrat-controlled House today on mostly party lines, CNBC reports.

It’s not expected to have a chance in the Republican-controlled Senate, but the fight is a major focus of the Democratic party, the Washington Post reports. “This is going to have a very substantial positive effect on probably as many as 27 million people,” Majority Leader Steny Hoyer (D-MD) told the Post, citing a Congressional Budget Office report saying that if passed, the legislation would boost the earnings of 27.3 million workers but lead to 1.3 million lost jobs.

Advocates are hoping that the passage of the bill in the House sets the stage for its eventual passage if Democrats end up winning back the Senate and White House in 2020, CNN Business reports. The federal minimum wage, currently $7.25, has not been raised since 2009.

Adjusted for inflation, the federal minimum wage is about 50 percent lower than it was in 1968, when the minimum wage of $1.60 an hour was equivalent to about $11.55.

“In my view, any time a hospital is put up for sale in America, the local community or the state must have the right to buy it first with emergency financial assistance,” he said.

The proposal came as Sanders rallied in Philadelphia Monday with activists protesting the closure of Hahnemann University Hospital, whose owner plans to close the hospital by September, CBS reports. Joel Freedman, the hospital CEO and owner, told CBS in a statement that he has “always been open to any scenario which might have saved Hahnemann, including conveying the Hahnemann real estate to a not-for-profit entity that would have committed to continuing the Hahnemann operations. … With our liquidity rapidly depleting and little time to spare, we could not find any other takers, forcing us to do the only responsible thing: use remaining resources to assure patient safety through an orderly closure.”

Sanders said Monday that more than 100 medical facilities have closed since 2010. Although Hahnemann is in Center City Philadelphia, many hospital closures have taken place in low-income areas leading to what some are calling “medical redlining.”

It’s not a new story. Small and mid-size cities, often built around a manufacturing concern such as a paper mill, auto plant or cigarette factory, are struggling to keep up with the economic growth happening in “knowledge economy” cities such as New York. The New York Times has a deep data dive on how small, poorer parts of the country were growing faster than larger cities from 1960 to 1980 — but since then, economic growth has stalled.

“The critical question is whether midsize cities are doomed to stagnation,” the Times writes. Winston-Salem, highlighted in this story, has built an “Innovation Quarter” anchored by Wake Forest University, aiming to reinvent itself as a biotech hub. So far, results are mixed, the Times reports: “Some 45,000 jobs have been added since the trough of the Great Recession nine years ago. Zillow rates the housing market as pretty cheap, but ‘very hot.’” At 3.8 percent, the unemployment rate is roughly in line with the national average.

“The overall picture, however, suggests an uphill struggle. Private-sector employment is barely higher than it was in 1999. The median wage is $16.87 an hour, almost $2 below the national average. The poverty rate is higher.” Altogether, the city has lost half of its manufacturing jobs since 1993.

But city boosters aren’t giving up. “The top talent is going to go to the coasts, no doubt about that,” Graydon Pleasants, head of real estate development for the Innovation Quarter, told the Times. “But there are plenty of smart people who will come here.”