Economics in Brief: Puerto Rico Left Out of Billions in Disaster Aid – Next City

Economics in Brief: Puerto Rico Left Out of Billions in Disaster Aid 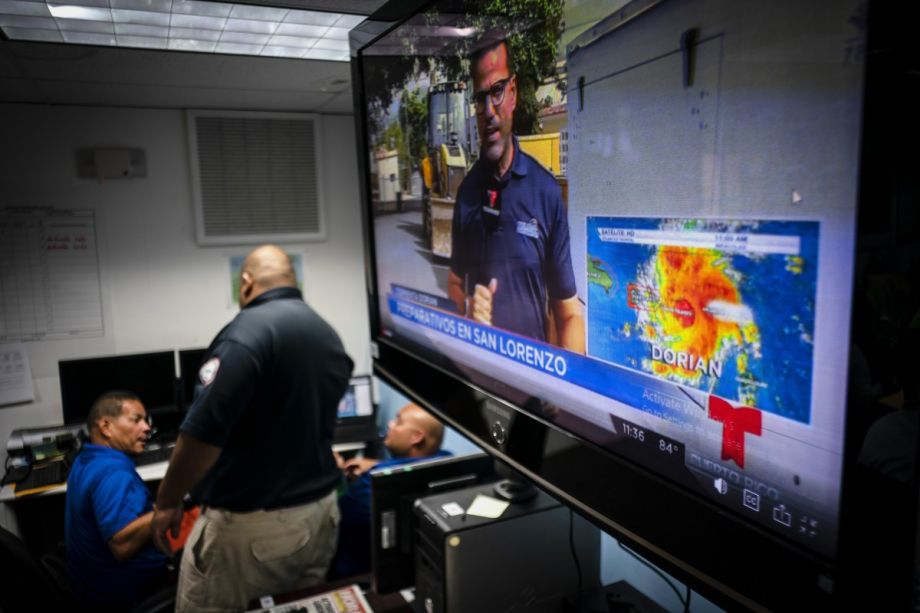 Puerto Rico Left Out of Billions In Disaster Aid

Puerto Rico was supposed to receive $8 billion in aid from a new disaster mitigation program intended to strengthen homes and infrastructure before a storm hits. Now, while nine states have received nearly $7 billion promised them, and hurricane season has started up again, the $8 billion promised Puerto Rico is nowhere to be found, reports Curbed. The Department of Housing and Urban Development, which oversees the program, told Curbed that HUD has “no timeline” to determine when the funds might be sent.

HUD said in a statement that, under the program, money has been withheld from both Puerto Rico and the US Virgin Islands because, it says, both territories are unable to effectively use the money, referencing the recent resignation of Puerto Rico’s governor.

HUD has been hinting since August that it might withhold the money the territories expected from the mitigation program. In a press release sent August 2, HUD Secretary Ben Carson said that “Recovery efforts in jurisdictions prepared to do their part should not be held back due to alleged corruption, fiscal irregularities and financial mismanagement occurring in Puerto Rico and capacity issues in the U.S. Virgin Islands, which is why HUD will award disaster mitigation funds in two separate tranches. Untangling these funds from each other will help recovery and planning move forward in communities capable of properly and prudently disbursing funds, all the while protecting taxpayers who are footing the bill.”

A developer planning a $175-million project in downtown Cleveland has requested a tax abatement from the Ohio Air Quality Development Authority, which has the power to issue low-interest bonds for environmentally friendly developments, as well as abate property taxes for up to 30 years.

The only problem? City officials don’t want the state to give out the tax break, reports The Plain Dealer. The city says the abatement would cost it $57 million and set a precedent for other developers to avoid taxes.

“We’ve taken strong opposition to this and we will continue to do so,” Mayor Frank Jackson told The Plain Dealer.

The development, which includes a 10-story office building and 7-story apartment building, will be built with timber instead of steel and concrete. (If built, it will be the tallest timber-frame building in the U.S. Timber buildings — specifically those built with engineered products such as cross-laminated timber — have the potential to be both stronger and greener than those made with traditional materials.) The developer, Harbor Bay Real Estate, asked the state in March about a tax abatement, the Plain Dealer says. The air quality board put the item on its agenda for August, but didn’t notify the city, the Jackson administration, or the school district, said Edward Rybka, Jackson’s chief of regional development. The air quality board tabled the request after the city objected, but could vote as soon as next month. Rybka said he would not rule out suing if necessary, as home rule is enshrined in Ohio’s state constitution.

This strikes some bankers as unfair. Chris Cole, senior regulatory counsel at the Independent Community Bankers of America, a trade group, said that Navy, with its $106.4 billion in assets, should be subject to the same regulations that large banks are subject to.

After the financial crisis, regulators introduced the term “systematically important financial institution” — colloquially known as banks “too big to fail.” Originally a bank holding $50 billion or more in assets was considered to be one of these institutions, subject to heightened regulatory requirements. The threshold has since increased, but credit unions are not subject no matter their size.

“Credit union rules are not in parity with bank rules. This is an institution that should be subject to risk-based capital,” Cole told S&P. “Why aren’t they subject to the same standards as banks?”

But Dennis Dollar, a credit union consultant, told the publication it was “laughable” that Navy Fed would be “too big to fail” when placed next to banks like JPMorgan Chase & Co.

Separately, the trade group says that since credit unions are not subject to the Community Reinvestment Act, it makes it easier for them to purchase banks.

“Until something changes, it’s possible that this will continue for the foreseeable future,” Michael Emancipator, regulatory counsel for the trade group, told S&P Global. “Which is just going to exacerbate the problem of a consolidating industry.”