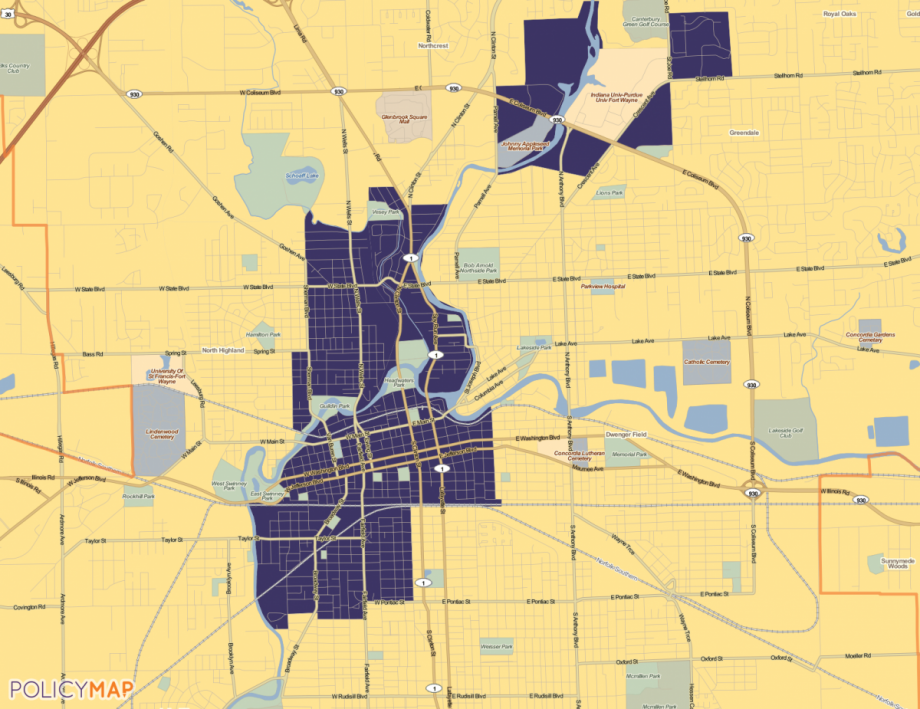 Co-working spaces are a natural draw, enticing start-ups and established companies looking for short-term, flexible office space. Marry the investment via the zones with such entrepreneurial spirit, and the co-working spaces can help incubate the economic turnaround the distressed areas need.

Since there are 8,700 opportunity zones nationwide and not all are in traditional startup hubs like Boston, New York, and San Francisco, coworking spaces give local entrepreneurs a leg up by connecting them to like-minded people and potential investors, the Times says. Of course, there’s no guarantee that the entrepreneurs filling the desks at a coworking space in Newark or Fort Wayne will be residents of those opportunity zones.

Clint Myers, a partner at Rise of the Rest, a real estate venture focusing in part on opportunity zones, told the Times: “We think you’re going to get a lot more benefit for the city and a lot better return for the investors if you do office [space].”

Oakland Businesses Being Pushed Out For Homes

The Bay Area has a housing crisis. If Oakland continued to build homes at the rate it’s going, it would reach enough units for its low-income population in 2072, according to a report published earlier this year (and by then parts of the city might actually be underwater — thanks, climate change).

But while the housing units under construction in Oakland are sorely needed, small-business owners say that the construction is harming their livelihoods by disrupting foot traffic and causing rents to rise.

Since a mini boom started several years ago, a handful of minority-owned businesses in downtown have relocated to East Oakland, left the area or shut down entirely, Ayodele Nzinga of the Black Arts Movement Business District told the San Francisco Chronicle. “I think the city preferences the needs of development over the needs of their small retailers,” she added.

The city is planning to release a draft of a plan for Downtown Oakland at the end of the month.

Have some free time this weekend? Dig into the excellent 1619 Project from the New York Times, which looks at how slavery has informed, and still informs, essentially every American institution out there. Unsurprisingly, that includes capitalism.

A good place to start is Matthew Desmond’s story of how the plantation gave rise to many aspects of modern commerce. Data-driven business intelligence, he argues, started with the spreadsheets developed by plantation owners to track enslaved laborers’ productivity. Enslaved people were even used as collateral on an early version of mortgage-backed securities — the same financial instrument that caused the Great Recession. “Each product created massive fortunes for the few before blowing up the economy,” Desmond writes. Even workplace hierarchies, he says, have their roots in the plantation system (and maybe also the British Royal Navy).

The entire piece tops 5,000 words (more with the many sidebars providing context) so put the kettle on and set aside some time for this #longread this weekend.