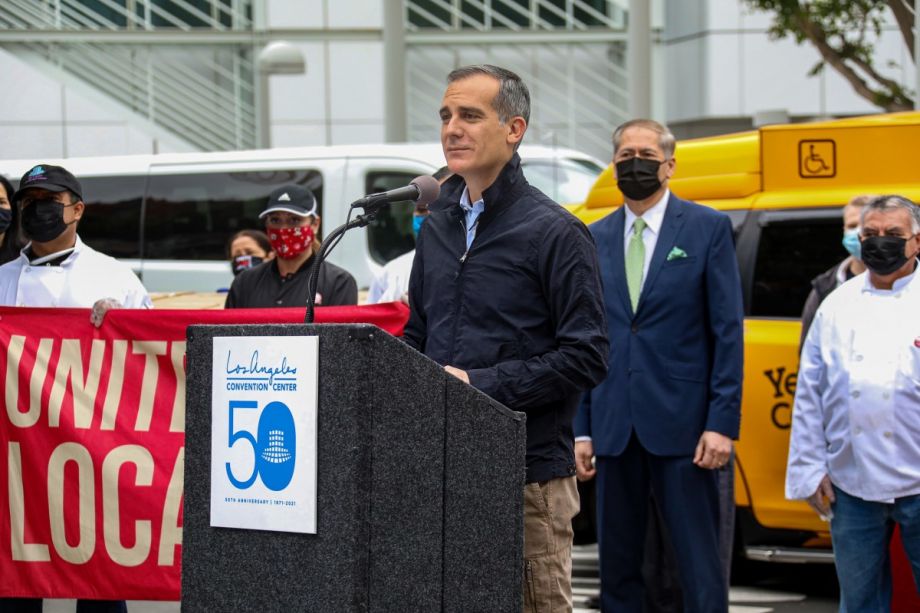 Los Angeles mayor Eric Garcetti has proposed a $24 million basic income pilot, which would provide $1,000 a month in cash to 2,000 Los Angeles families for a year. In sheer size, it would be the largest basic income pilot in America, although other basic-income experiments have run for longer periods of time.

It’s not the only basic income project happening in the City of Angels. The Los Angeles Times reports that in South L.A., a program funded by diverting money from the police budget, is launching this summer, providing $1,000 per month to 500 single-parent households. Garcetti said through a spokesperson that the citywide pilot would be in addition to other efforts.

An analysis of the first two years of Stockton, California’s experiment — one of the longer-running basic-income pilots in the country — found that the cash the city provided did not dissuade people from working, and that recipients of the money felt healthier, happier and less anxious than people in the control group.

Borrowers in Bankruptcy Can Now Receive PPP Loans, But Funds Are Expected to Run Out Soon

Thousands of companies in bankruptcy are now eligible for Paycheck Protection Program loans, but time is of the essence, as funds are expected to run out imminently, ProPublica reports.

The SBA had set a rule saying that individuals or businesses currently in bankruptcy could not receive PPP loans, and did not change course “even after Congress explicitly passed legislation in December allowing it to do so,” according to the news org.

However, as of April 6, the agency is allowing debtors whose financial reorganization plan has been approved by a judge to apply for PPP loans. Now, these thousands of companies are eligible for PPP money — but the program ends May 31, and is expected to run out of funds before then, ProPublica said.

Both supporters of and critics of the Opportunity Zone tax giveaway say that it can be improved, but the Biden administration is still considering exactly how to do that, according to a New York Times story.

The program, established in 2017, gave investors tax breaks for funnelling money into designated low-income areas. But a study released recently found that in 2019, only about 16 percent of the 8,000 census tracts designated as opportunity zones received any investment, and most investment was concentrated in already gentrifying areas. Quoting the study, the Times reported that “investors mostly flocked to…areas ‘with pre-existing upward trends in population, income and home values.’”

Business groups, including the Economic Innovation Group, which first proposed the concept, have suggested that the Treasury Department add new transparency and reporting requirements, and flexibility to allow investors to put money into affordable housing projects, the Times said. But that would be just a start, said Brett Theodos, director of the Community Development Economic Hub at the Urban Institute in Washington.

“It’s hard to see any evidence that low- and moderate-income people are benefiting from this incentive,” he said, and suggested that the government should create a certification program to determine which projects are worthy of the tax breaks.