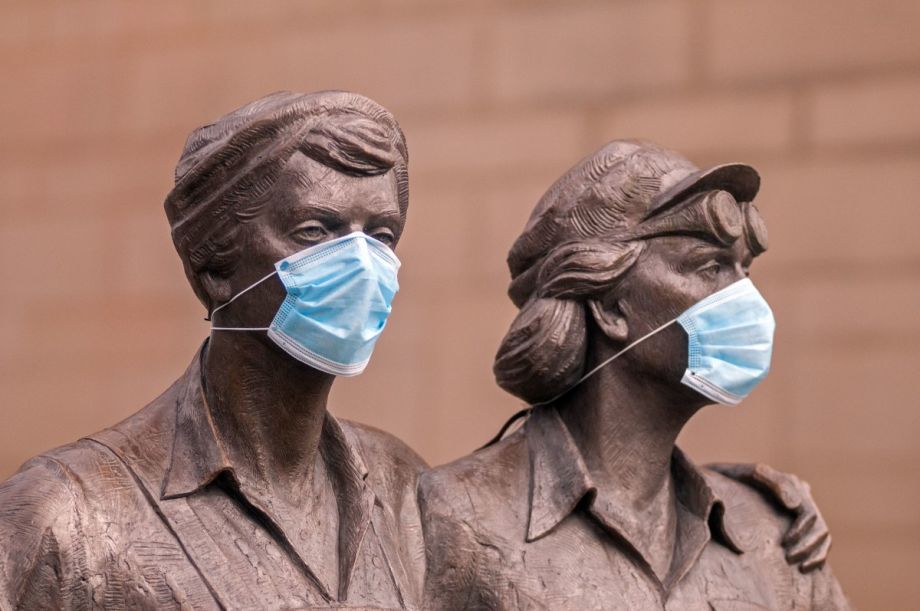 The Centers for Disease Control and Prevention issued guidelines that allow essential workers who have been exposed to coronavirus to return to work if they are not experiencing symptoms.

Workers must take their temperature before going to work, wear a face mask at all times, and try to practice social distancing at work, the guidelines say.

“One of the most important things we can do is keep our critical workforce working,” CDC Director Robert Redfield said during a White House news briefing, The Hill reported.

The guidelines apply only to “essential” workers, which most states have defined as law enforcement, food production/distribution, and health care, among others. But grocery workers, especially, say they’re not being given protective gear and are at risk of exposure; at least four people who had worked at grocery stores have died from COVID-19 in recent days, the Washington Post reported.

Dr. Anthony Fauci, the nation’s top infectious disease expert, did not explicitly reference the new CDC guidelines on a CNN appearance this morning, but did say that “I would want to see a clear indication that you were very…clearly and strongly going in the right direction” before re-opening the country.

The CARES Act that passed in late March included new provisions for unemployment benefits, including that independent contractors — who are typically not eligible for unemployment — can receive benefits. The act also allowed for an extra $600 per week benefit atop what a person is eligible to receive through their normal state benefit.

But implementing these new benefits — which is done at the state level — has been easier said than done. With nearly 17 million people applying for benefits in the past three weeks, state unemployment websites have crashed and phone lines have been tied up for hours.

Besides long wait times, some states are dragging their feet on implementation of the new benefits. In California, the LA Times reports, officials have yet to implement the new rules so independent contractors can get benefits. Employment officials say they’re waiting for federal guidance on how to implement the new program. The U.S. Department of Labor said it gave detailed guidance last week.

In Washington, D.C., employment officials seem to be accepting independent contractors, but couldn’t provide a timeline for when people receiving unemployment benefits would receive the extra $600 promised in the CARES Act, the Washington City Paper reports.

New York state said that unemployed residents should start receiving the additional $600 on their unemployment checks this week; Missouri expects to update its system and send checks the week of April 12, and Indiana will begin April 20, CNN reports. Other states are still working on the process, but — in a small silver lining — payments will be retroactive from the date people applied, CNN said.

Minneapolis Mayor Jacob Frey announced the city is creating a $5 million forgivable loan program for renters and small business owners affected by COVID-19, the Minnesota Reformer reports. $2 million of the fund is targeted toward low-income renters who have lost income because of the coronavirus pandemic, although the money will go directly to landlords or utility companies. The program is open to all city residents, including those who may have informal rental agreements, or who may be undocumented.

“This program is designed to serve households that are not served by other COVID-19 related federal or state assistance,” Frey told the city council.

Another $1 million will expand the city’s Stable Homes, Stable Schools program. And $2.2 million will become forgivable, no-interest microloans for small businesses. Businesses in areas designated for economic investment under the city’s racial equity plan,with less than $1 million in annual revenue or fewer than 20 employees, can apply for loans up to $10,000 to pay rent or payroll expenses. If the business is still operating in 12 months, the loan will be forgiven.