Economics in Brief: Amazon Launches Credit Card for the ‘Underbanked’ – Next City

Economics in Brief: Amazon Launches Credit Card for the ‘Underbanked’ 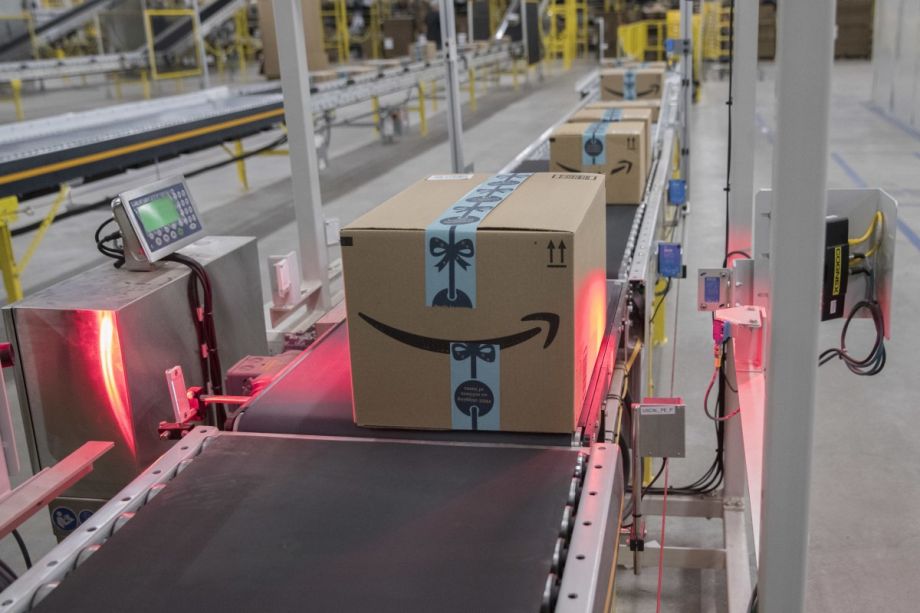 Amazon is partnering with Synchrony Financial to launch a credit card for people with no or bad credit, Quartz (and multiple other outlets) reported.

Pitched as a credit-builder for low-income Americans, the credit card is a “secured” card, which means that an applicant has to put cash up as collateral at the outset. The amount of cash, ranging from $100 to $1000, becomes that card’s credit limit.

The card has no annual fee, grants a $20 Amazon gift card upon opening an account, and offers a discount for cardholders who also have a Prime membership. (Quartz points out that the $119 cost of the Prime membership might as well be the card’s annual fee.) The card can only be used to make purchases on Amazon.

Amazon says that for cardholders who make payments on time and otherwise build up their credit, they could be upgraded to a regular, non-secured credit card in as little as seven months.

Mic.com spoke to a number of industry experts about the new card, who were generally favorable (one called the rewards offerings “pretty strong”) but warned that the card’s interest rate, 28.24 percent, is higher than similar cards, and Amazon’s prices on basics like home goods and cleaning products are on average 10 percent higher than at other retailers.

Amazon is right about one thing: secured credit cards do seem to help build credit. Research from the Philadelphia Federal Reserve found that “keeping a secured card account open is correlated with improved creditworthiness.” But for customers who really do need a secured credit card to build their credit score, there are a number out there that have significantly lower interest rates — and can be used at stores other than Amazon.

The House Judiciary Subcommittee on the Constitution, Civil Rights and Civil Liberties is scheduled to hold a hearing Wednesday to “examine, through open and constructive discourse, the legacy of the Trans-Atlantic Slave Trade, its continuing impact on the community and the path to restorative justice,” the AP reports. It is the first hearing on reparations for the descendants of enslaved people in more than a decade. Writer Ta-Nehisi Coates and actor Danny Glover are scheduled to testify.

Former Rep. John Conyers (D-MI) introduced a resolution calling for the study of reparations every legislative session from 1989 until his retirement in 2017, the AP said. Rep. Sheila Jackson Lee (D-TX) has taken up the mantle and reintroduced the measure earlier this year.

Several 2020 candidates for president, including Sen. Kamala Harris of California, Sen. Elizabeth Warren of Massachusetts and former Housing and Urban Development Secretary Julian Castro, have talked about reparations, the AP reported separately. The proposals shy away from the idea of direct cash payments and instead take the form of tax credits and other subsidies that would disproportionately benefit African-Americans but would be available to people of any race.

“Universal programs are not specific to the injustices that have been inflicted on African-Americans,” Duke University economist William Darity, an advocate of reparations, told the AP. “I want to be sure that whatever is proposed and potentially enacted as a reparations program really is a substantive and dramatic intervention in the patterns of racial wealth inequality in the United States — not something superficial or minor that is labeled as reparations and then politicians say the national responsibility has been met.”

The city of Fort Worth, Texas, is considering ordinances regulating where dollar stores can open and what they must stock, the Star-Telegram reports. The debate is taking place as the neighborhood of Rolling Hills is preparing for the 19th dollar store within a three-mile radius to open, a move that local activists and even the city councilmember who represents the area can’t prevent.

The city is looking into ordinances modeled on those adopted by nearby Mesquite, Texas, which mandate that new dollar stores must be 5,000 feet away from existing stores, and if they sold groceries, at least 10 percent had to be fresh food.

Robert Sturns, economic development director for the city of Fort Worth, told the Star-Telegram that “Anything that hinders our ability to attract higher-quality grocery store projects [such as an abundance of dollar stores], I think is problematic … Fort Worth isn’t the only community dealing with this. We could end up being a model for other communities facing this issue.”

Dollar stores are seen as a force that discourages full grocery stores from opening in neighborhoods, leading to the creation of food deserts. Tulsa, Oklahoma, successfully placed a moratorium on new, densely packed dollar stores in 2017, and Cleveland, Ohio, is considering a similar measure.