Economics in Brief: As Pandemic Drags on, California’s Undocumented Residents May Get Help – Next City

Economics in Brief: As Pandemic Drags on, California’s Undocumented Residents May Get Help 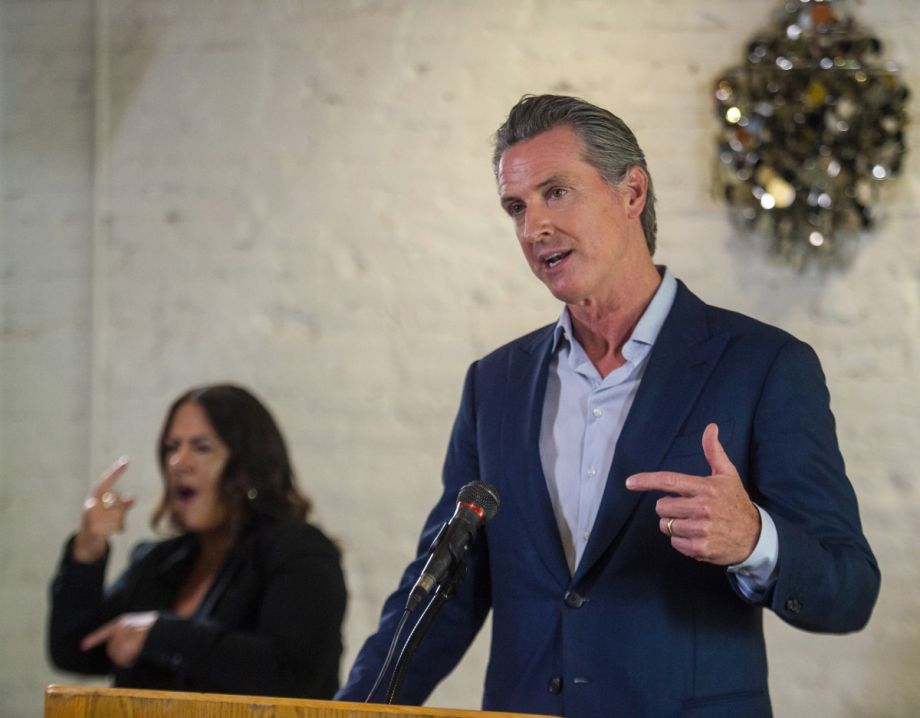 As Pandemic Drags on, California’s Undocumented Residents May Get Help

Help may be on the way for California’s undocumented residents. According to Cal Matters, lawmakers approved two bills that would provide modest financial assistance to the state’s most marginalized residents. One of the bills would let undocumented tax-filers receive state tax credits set aside for low-income workers starting next spring, and the other would provide $600 pre-paid grocery cards to qualified adults.

The coronavirus pandemic has delt a significant financial blow to many undocumented workers, and the bills may not be enough to meet the need. “This patched-together safety net won’t match the depth of need facing California’s estimated 2 to 3.1 million undocumented immigrants, and the one in eight school-age children who have an undocumented parent,” Cal Matters states.

An analysis by the California Budget and Policy Center found that most undocumented Californians work in jobs that cannot be done remotely, and about a third are employed in industries immediately affected by the pandemic, such as food service, childcare and landscaping. On top of being hit particularly hard by the COVID-19 economic crisis, most undocumented workers have been locked out of most public assistance, including the $1,200 stimulus payments delivered to many Americans this past spring.

“As the federal response to the COVID-19 crisis continues to take shape, it makes sense for California’s state response to focus on filling the gaps left by the federal relief packages and helping the Californians who are locked out of available supports,” the report’s authors write.

The bills are now with Gov. Gavin Newsom to sign. Cal Matters notes that he has declined to include undocumented workers in the tax credit in the past, but hopeful advocates point to the $75 million Newsom allocated for a disaster relief program as part of the state’s pandemic response. That program provided a one-time, $500 payment to 155,000 undocumented adults, about 7 percent of California’s undocumented residents.

A new Trump Department of Labor rule that would have eliminated important labor protections for workers was struck down by a federal judge Tuesday, according to Reuters. The rule dramatically narrowed the set of circumstances in which multiple businesses could be held liable for failing to pay minimum wages and overtime to workers under the Fair Labor Standards Act (FLSA).

Trump’s rule, which was passed in March, focused on joint employment, the idea that a worker may be employed by more than one company. It comes up most often with franchised businesses, such as McDonalds, or businesses that rely heavily on temporary staffing firms or third-party contractors, such as Amazon. The FLSA makes it possible for these employees to sue the parent company for unpaid wages or over unfair workplace conditions, even if they’re technically employed by a franchise or outside contractor. However, the new rule would have taken away workers’ ability to do so.

A study from the Economic Policy Institute think tank found that the rule would cost workers $1 billion a year in lost wages.

“[The FLSA] was drafted broadly, creating employer coverage to ensure that companies that use staffing, temp, or subcontractors in their business operations are held accountable for complying with the FLSA’s basic provisions, including minimum wage, overtime, and child labor protections,” an Economic Policy Institute letter to the Department of Labor states. “The proposed rule will make it nearly impossible for many workers to enforce these rights and will completely take away the ability of workers to recover unpaid wages from firms who use undercapitalized contractors in their work.”

While Woods has halted the new rule, the Trump administration still has the option to appeal.

Another Major Retailer Files for Bankruptcy

Another retail giant bites the dust amidst a prolonged economic fallout and a shutdown of non-essential stores during the coronavirus pandemic. The Philadelphia Inquirer reported Thursday that Century 21, a discount designer clothing chain that was key to Philly’s hopes for the Fashion District development, has filed for bankruptcy and is shutting all 13 of its stores.

The retailer blamed the shutdown on its insurance provider, saying in a blunt statement that they failed to pay out approximately $175 million due in business interruption insurance.

“We now have no viable alternative but to begin the closure of our beloved family business because our insurers, to whom we have paid significant premiums every year for protection against unforeseen circumstances like we are experiencing today, have turned their backs on us at this most critical time,” said Century 21 co-CEO Raymond Gindi, according to the Inquirer. Gindi added that “thousands” of jobs will be lost. (Read the full statement at the West Side Rag).

Century 21 joins more than a dozen other national retail brands in filing for chapter 11 bankruptcy during the pandemic, including J Crew, Neiman Marcus, Brooks Brothers, Sur La Table and more, according to the Washington Post. Many other brands, including Gap, Pier 1 Imports and Modell’s are closing many of their brick-and-mortar locations.

Century 21 is unlikely to be the last. Sales at clothing stores have declined nearly 37 percent from a year ago, according to July data from the Census Bureau. Sales of furniture and home foods, electronics and appliances have all also dropped by double digits.