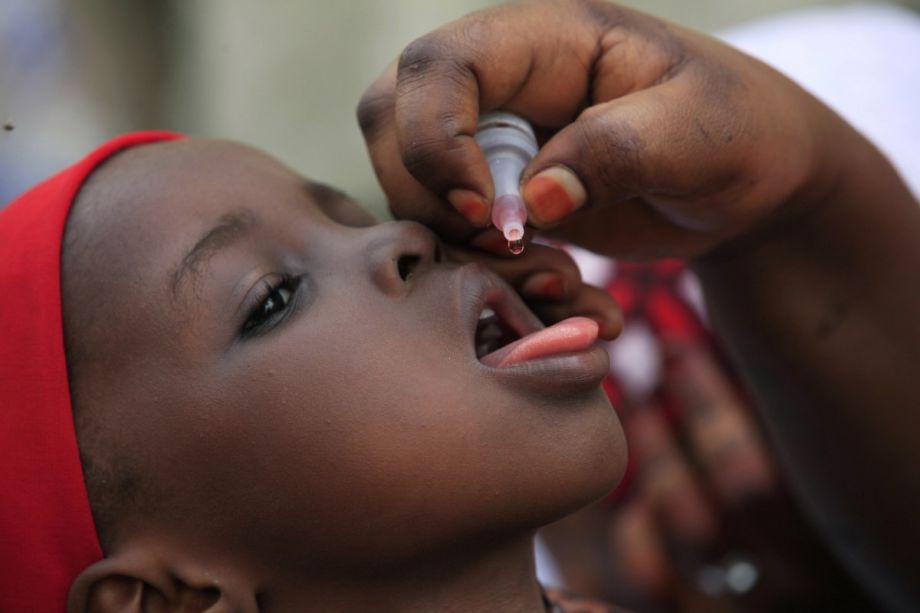 This month, the world celebrated a major milestone in a six-decade-long global effort to eradicate what was once called “the most feared disease of the 20th century.” Polio, a viral illness that strikes without warning, has paralyzed and often killed humans for generations. But on August 11th, Africa marked its first full year without a single new infection.

It was the latest in a series of global health victories in Africa this summer. Two weeks ago, researchers announced the discovery of a 100 percent effective Ebola vaccine, a huge step in fighting an epidemic that has infected nearly 28,000 people so far.

Neither feat marked the end of struggle, but both are crucial steps forward — one in a marathon effort finally headed into its last leg, and another in a race just beginning. As eradicating polio rounds the bend, can six decades of innovations offer insights to the quest to vaccinate against a newer and just as fearsome disease?

It can, says Sona Bari, a spokesperson in the World Health Organization’s Global Polio Eradication Initiative. In fact, Bari says that “the legacy of polio is already in action” — and has been a crucial piece of getting as far as we have gotten fighting Ebola.

The first lesson of polio, however, might lie in the importance of defining the goal. At present, the term “Ebola eradication” tends to be used to indicate “getting to zero in any outbreak.” While a useful step, this is a misuse of the word. Bari emphasizes its real definition: “‘Eradication’ is a very specific term for when the agent that causes a disease can be removed from the face of the Earth.”

Removing the risk that any outbreak will ever occur again is a far more ambitious goal than finishing up treating the very last active case of a given illness. Bari notes that it’s taken 19 years for the campaign to eradicate polio on the African continent to achieve its goal: “It was Nelson Mandela who kicked it off in 1996, and there were hundreds of thousands of cases of polio. The fact that Africa could pass an entire year without a single case of wild poliovirus is a huge achievement.”

“The job is not done,” she adds, listing off the need for ongoing polio vaccinations and monitoring amid Africa’s overall weak and underfunded health infrastructure. (Official polio eradication will not be declared until two more polio-free years have passed.)

Although Bari doesn’t mention it, this undone job is also 15 years behind schedule and billions of dollars over budget. The original call for eradication of polio, set by Rotary International in 1988, called for the world to vanquish the disease by the year 2000. But as it has diminished from over 350,000 suspected cases in 1988 to just dozens today, diagnosing infected people and making sure vulnerable community members are vaccinated has become logistically trickier and costlier. The $120 million that Rotary originally donated for several years’ work has morphed into approximately $1 billion per year (made feasible in part via the Gates Foundation’s largesse). Tellingly, eradication has been described as like “trying to squeeze Jello to death.”

In a way, this lends special impact to the anniversary Africa just celebrated. Polio eradication is among the largest, longest-running, and most globally coordinated public health efforts in history, and it is tantalizingly close to the finish line.

But despite the near-superhuman effort it has required, polio is likely easier to eliminate than Ebola will be. In fact — contrary to hyperbolic headlines — Bari says Ebola is “not a great candidate for eradication” at all.

The crucial difference lies in how the viruses spread. Although both pathogens can be eliminated from a given environment and later return to cause new cases, Ebola has a particularly strong ability to go “underground” for long periods. This is because it can infect animals, including fruit bats, primates and possibly other species. (An infected fruit bat, in fact, is thought to be the source of the first infection in the 2014 outbreak.)

“That’s not the case in polio,” Bari points out. “It’s human-to-human.”

Vaccinating every person on the planet is an act that would lead to the end of polio: Poliovirus, lacking a place to live, would become extinct. But even if all people living today were immunized with the new Ebola vaccine, the Ebolavirus could emerge from animal hosts to infect a new generation of humans, replicating the epidemic West Africa has just endured. (And, as noted global health expert Peter Piot told the Los Angeles Times in January, “We’re not going to kill all the fruit bats.”)

But even if we cannot immunize Ebola out of existence, a vaccination campaign will save lives. Perhaps even more importantly, the work of eradicating polio has saved lives from Ebola virus a full year before Merck came up with its new Ebola vaccine.

The campaign against polio demanded unflagging attention in some countries for decades, and, because of random outbreaks, constant surveillance and emergency response operations. Building these up, Bari says, saved lives during the peak of the Ebola outbreak. “You can do surveillance for a host of other diseases using the polio network, because it’s a network that has surveillance medical officers and informants almost everywhere.” When Ebola arrived in Lagos last summer, for instance, “the Nigerian government used its polio infrastructure” to help avert a full-blown crisis.

In the course of carrying out vaccinations, too, polio eradication has taught the world the necessity of heeding human motivations. “From polio, we have also learned how to reach the most marginalized and underserved communities,” Bari says. “We have to actually get the vaccine to the people who want it, and often in countries where you have no maps, where you don’t have birth registrations, you don’t know where people live and how many live in a certain area. And polio has opened those doors.”

In Africa, the last door to open was in Nigeria, which, until its final case was diagnosed in late July 2014, was one of the last three countries worldwide to endure an ongoing polio epidemic. As in the two remaining polio-endemic nations (Afghanistan and Pakistan), the slow pace is related to the presence of Muslim groups who prefer the advice of imams to that of health officials. “The involvement of religious and traditional leaders in Nigeria has played a huge role in Nigeria being able to stop polio,” Bari says.

Despite the current lack of clarity around eradication and vaccinations, this, too, has quickly been folded into the fight against Ebola. Just last month, leaders in West Africa sent envoys to Mecca to pray for an end to the disease.