Can Foreign Investors Undo the Legacy of Redlining and Poverty? – Next City

Can Foreign Investors Undo the Legacy of Redlining and Poverty? 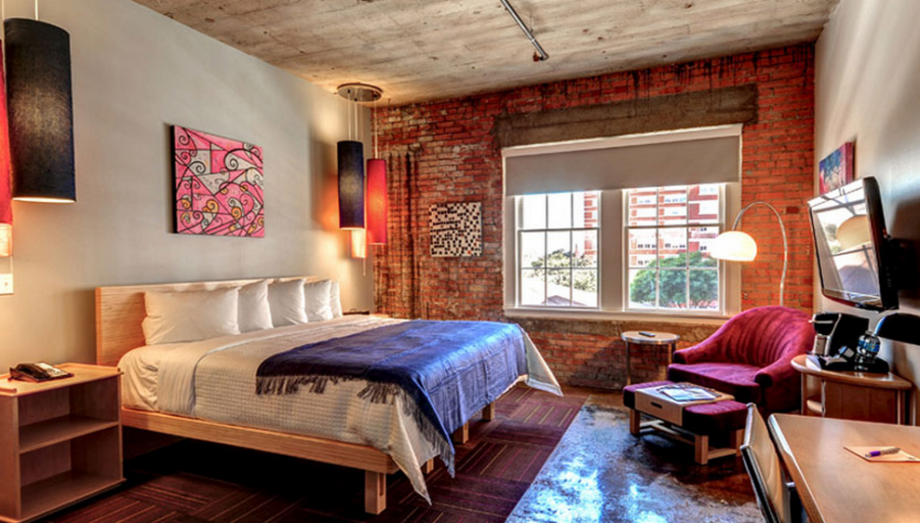 How did the conversion of a once-vacant South Dallas building into the boutique NYLO Hotel win the “Most Creative Financing” award from Dallas Business Journal last year? The answer, in part, is EB-5 funding that saw $5.5 million of the $19.8 million project covered by 11 individual foreign investors.

The federal program known as the EB-5 Investment Visa is a way for wealthy foreign nationals to obtain a green card in exchange for investing a minimum of $500,000 in projects that lead to the creation of U.S. jobs. The NYLO effort created 161 jobs in Dallas’ Cedars neighborhood, where the poverty rate is higher than 40 percent, and was one of several projects reviewed by Kim Zeuli, senior vice president of Initiative for a Competitive Inner City, for a new report on EB-5’s potential.

“Foreign capital presents a unique and underutilized opportunity to create jobs in areas where high levels of poverty and unemployment exist,” Zeuli explained at ICIC’s recent conference on using EB-5 as an impact investing tool in U.S. inner cities. “And EB-5 is not just about hotels. We’ve found innovative options ranging from energy and infrastructure projects to assisted living facilities.”

EB-5 has become much more popular as a source of funding in recent years, as the economic downturn that cut off traditional sources of funding coincided with a growing number of wealthy Asian nationals who are looking to establish roots in America. Because permanent residency is the primary incentive for these investors, the program offers very low interest rates and long payback periods, making it a very favorable funding source for the borrower. 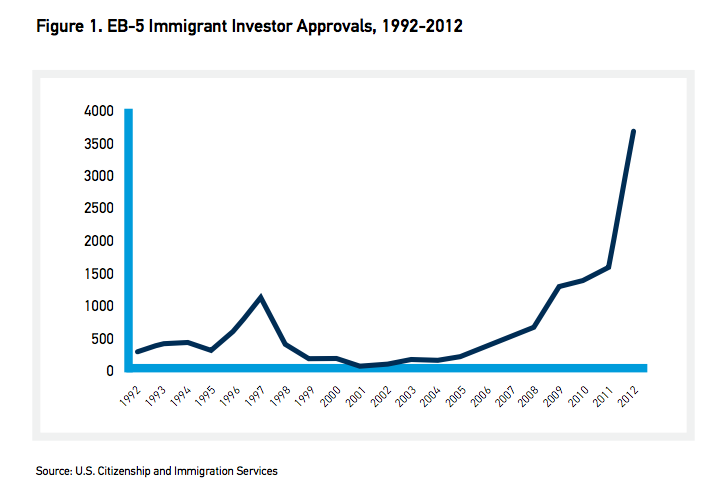 According to the ICIC report (to study EB-5, ICIC has partnered with the Surdna Foundation, which is a Next City funder), EB-5 loans have provided at least $8 billion of direct investment and created at least 160,000 jobs to date. Those are impressive-sounding numbers, and who could say no to what is essentially free money and new jobs at no cost to the American taxpayer?

However, due to the complexity of structuring a deal, the uncertainty behind the approval process, and the lack of widely available resources and experienced personnel, successfully executed EB-5 projects have been somewhat limited in scope. Large projects in major markets with access to other funding hold distinct advantages in terms of attracting foreign investors, for the simple reason that they are more likely to happen. Indeed, EB-5 funding has become especially popular for large hotel or mixed-use developments, including some highly prominent projects like Atlantic Yards in Brooklyn. Thus, even though the program is set up to encourage funding of vital, community-changing work, it has most often been used as a way to sweeten deals on projects that are already viable.

Still, given the special advantages of EB-5 and the potential for cheap, patient money to go to places that need it most, the program should be more than just a tool for traditional commercial real estate development.

The recent conference provided a venue for a variety of stakeholders to share their thoughts on how to use EB-5 to drive more resources into distressed areas. Bill Stenger, CEO of Jay Peak Resort, has helped bring more than $350 million of EB-5 foreign investments to turn a Vermont mountain resort community into a year-round economic center, creating thousands of local jobs. He emphasized that “the spirit of the EB-5 was that but for this program and its funding, a project would or would not happen. We shouldn’t let big projects suck out the resources such that rural and inner-city projects don’t happen.”

Michael Gibson, the managing director of USAdvisors who was representing the interests on the investor side underscored the role that the public sector can play by lending legitimacy to the process and cutting down on uncertainty: “Investors love public-private partnerships, and having oversight from a public agency over a project is a great advantage.”

The sheer creativity of some EB-5 projects also point at ways in which EB-5 funds can be leveraged. The ICIC report also covers the case of E3 Cargo Trucking, which seeks to grow a transportation hub in Indianapolis, and the Education Fund of America, which is building charter schools in Arizona.

The different factors involved in putting together such EB-5 projects remain very daunting, and even then, as with any kind of economic development, the real benefits of purported new jobs and capital requires scrutiny on a case-by-case basis. There is always the caveat that the EB-5 program, as simply a tool for development, could be used to accelerate gentrification and actually hamper local economic processes.

Yet the program was clearly established with good intentions. Because of the mandate for job creation, EB-5 investors are looking for projects with strong social aims. Despite the complexity of the program and the challenges involved in convincing investors, the fact remains that there is a real desire to fund job-creating, community-oriented projects. As more resources on the program become widely available, and as different stakeholders work closely together to come up with attractive, high-quality projects, one feels that the good intentions behind the program should eventually win out.