Durban Moves Its Slum-Dwellers Into Converted Office Buildings – Next City 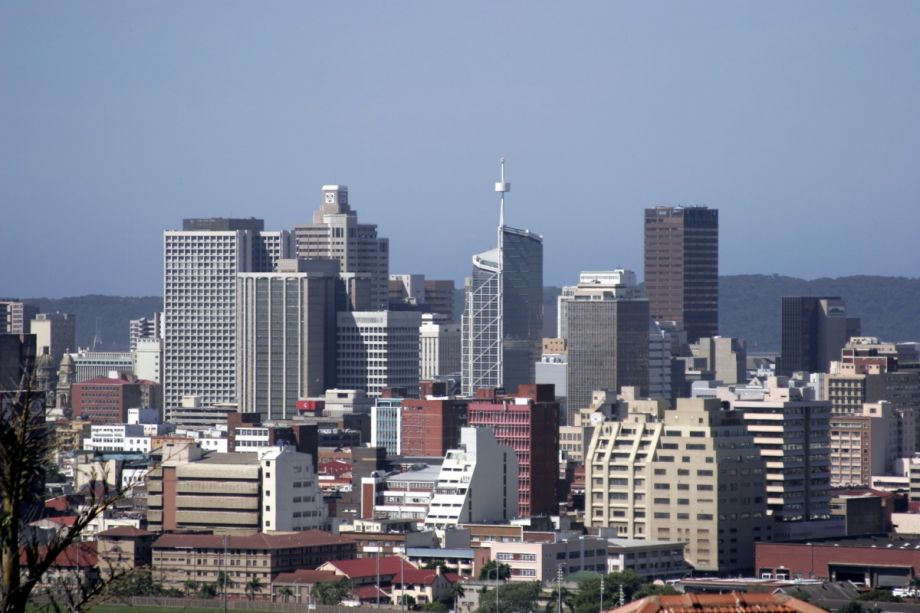 In a high-rise apartment in downtown Durban, Tizzie Gomba surveys her tidy little home with obvious satisfaction. It’s modest, clean and safe. Best of all, it allows the 43-year-old office worker and single mother the opportunity to raise her teenage daughter, Noel, with dignity.

It’s a world away from Gomba’s former dingy flat on a block not far from here.

Most inner-city residents in Durban consider themselves lucky. They don’t live in one of the city’s 500 squatter settlements, the informal favelas that have mushroomed around the city as a crush of rural-to-urban migrants seek jobs in town. The city says there are about 300,000 shacks in Durban, each home to an average of four people, which means over 30 percent of Durban residents live in a shack. Conditions in these slums are appalling. Running water and proper sanitation are scarce. Electricity is illegally connected, leading to frequent electrocutions. Flash floods can wipe out entire settlements overnight.

A step up from the shacks is a nine-meter-square partitioned cubicle in an illegally modified commercial building with limited access to ablutions and cooking facilities. An estimated 12,000 people live in such buildings, run by slumlords. Fires have been known to roar through these buildings, destroying the few possessions their residents own.

But Gomba’s housing is excellent, thanks to it’s owner and manager: a non-profit organization called Sohco, which stands for Social Housing Company. Sohco buys dilapidated buildings and rehabs them, turning offices into apartments for families of between two and five people. Gomba is one of 142 families that rent in her building, named Port View.

“I’m so happy to be living here,” she says. “As a single mother I don’t have to worry about my daughter. I’m a 10-minute walk away from work and at night we catch a taxi to the beachfront or to the movies.”

Sohco CEO Heather Maxwell says her organization owns 2,637 units around South Africa, of which 629 are in Durban. Altogether the units, each with their own kitchen and bathroom, accommodate about 10,000 residents.

It’s a modest start, but Maxwell says the gains by Sohco show Durban is developing the capacity to deal with one of its most pressing problems: a major housing crunch. It’s a problem whose roots can be traced back to apartheid, when spatial planning forced black people in dormitory suburbs far from the central business district and work opportunities. Since the advent of democracy in 1994 the government has made efforts to undo this legacy. Durban alone has built over 171,000 low-cost houses since Apartheid ended, or about 8,000 units per year.

But to replace or upgrade the 300,000 shacks that engulf the city will take another 40 years at that rate, and that doesn’t even factor in how quickly the slum population is growing.

The main hurdles to speeding up the pace are substandard building (which hamstrings new construction, as repairs must be made to existing buildings), corruption in the award of tenders, and the manipulation of housing lists. But there’s also an emotional stumbling block that’s harder to quantify. Apartheid kept different racial groups from living in the same buildings and neighborhoods. As such, any manipulation of housing is tricky business in modern South Africa.

Durban mayor James Nxumalo, in a recent article, said the city wanted to build high-rise social housing flats in the historically white suburbs to integrate all races and to “demonstrate that apartheid is over.” But generally, the city’s efforts in the field of housing are widely critiqued, leaving organizations like Sohco to lead the charge.

“Lack of housing is putting enormous strain on the city,” says Maxwell. “Sohco and other agencies are alleviating that strain. There is a huge demand. We’ve had problems with tenants refusing to pay rent in some buildings, but things have settled down well and we have high rental collection, happy tenants and a really good environment.” Today Sohco collects 98 percent of rental invoiced and its buildings have tight access control with guards, turnstiles and visitor registers.

The organization has managed to bring one-bedroom units to the market at a monthly cost of $50, and $300 for a family unit like Gomba’s that has two bedrooms, a bathroom and a living room with a kitchenette. Compare that with a cubicle in a slum building that goes for about $100 a month, or the one-room flat Gomba stayed in before, which cost as much as she’s paying now.

Maxwell says this notion of renovating existing buildings in inner-cities is the key to solving Durban’s housing crisis, and government needs to ramp up its support for this type of development. Building new low-cost housing is bedeviled with problems. Apart from shoddy workmanship the houses are often far from the CBD and transport costs are high. And newly built low-cost housing offers a yield of about 25 units per hectare, compared to high-rise buildings like Port View, which offers 500 units per hectare.

The challenge facing Sohco is keeping rents low, which means keeping costs down, which is difficult in the inner-city where services struggle to keep pace with the sheer volume of people. But Maxwell says in some areas, like where Port View is situated, the city council is holding back the tide of urban decay in partnership with agencies like hers and brave property developers.

“The city has been very supportive in reducing all the red tape we’ve needed to convert buildings,” she says. “They are very enthusiastic and involved in urban regeneration.”

Gomba sits on the leather couch in her tidy apartment. It has a fridge, a stove, a microwave and a television set. She’s proud of her home and her flat is meticulously neat. She’d love to own her own place one day. She could afford a mortgage, but the deposit and legal costs of a purchase would about $9,000. By staying in her Sohco flat for four years now, she’s built up a good credit rating and will eventually be able to take her first step up the property ladder.

For her part, Gomba’s 15-year-old daughter, Noel, is much happier with life in the city than in the old, apartheid-era townships.

“It’s vibey here,” she says. “I can go out and it’s safe. We can see the ships coming into the harbor and there are lots of cool things to do here. In the townships it’s dangerous for schoolgirls and there’s nothing to do. You just have to stay home. That’s boring.”