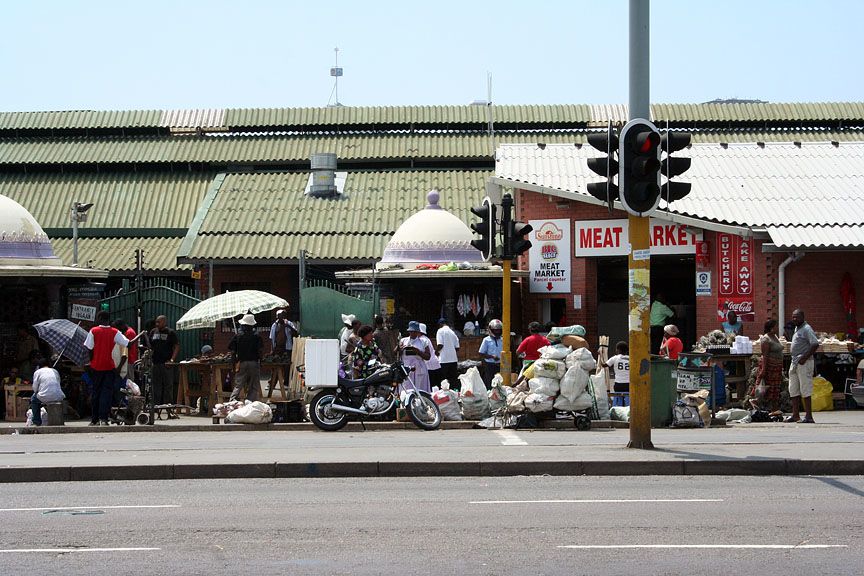 Neil Macleod hurries into his office in downtown Durban. He’s in between meetings, and in true South African fashion, he’s running more than a bit behind schedule. Indeed, the sixty-something civil servant looks appropriately harried for a man whose job it is to save water in a city that loses over one-third of its supply before it reaches its intended destination.

A respected engineer, Macleod has spent his entire adult life working for the eThekwini municipality, the Zulu name for Durban. He is the head of water and sanitation in this balmy metropole of four million residents, part of a dwindling pool of skilled professionals working in municipal management whose job it is to make the money stretch.

“In spite of the fact that we’ve had consistently good rainfall for the last 10 years and Durban is getting wetter, we’re in deficit because of our inability to store water,” says Macleod. It’s a strange conundrum, and one that other cities are dealing with as well – cities like Chicago and Chennai, India, which are suddenly finding that, despite their copious rainfall, they suddenly have to worry about having enough water. “There’s simply not enough storage. Six dams can’t cope with the inward migration into the city and rain doesn’t fall in manageable dollops,” says Macleod. “We have to ensure we have enough water moving forward.”

Easier said than done. The cost of dams and reservoirs is prohibitive. Desalination is also expensive – it costs R4 (40 US cents) to provide a kiloliter of water through the conventional system versus R10 ($1) via desalination. Durban has an annual budget of R31 billion and Macleod gets around R7 billion of that, about 20 percent of which is spent on capital projects.

And so, Macleod believes, the cheapest and cleverest way to increase the city’s water supply is to manage the losses, which, in sprawling Durban, could quench the thirst of thousands. Every year the city loses a whopping 37 percent of its municipal supply in transit – 120,000 megaliters disappearing from a total of 321,600 megaliters of water in circulation. (One megaliter is equal to one million liters).

Half of this water vanishes through an aging, leaking web of infrastructure that only grows bigger as the city develops ever outwards from the historical settlement around the port. The other half is lost to illegal water connections. Durban, postcard pretty though it may be, is also home to about 500 informal shack settlements housing approximately one million people.

Most of these shack dwellers must find water and toilets wherever they can. “People who live in houses with seven taps don’t understand how we live,” says Lindela “Mashumi” Figlan, deputy president of Abahlali baseMjondolo, an advocacy group for South African shack dwellers. “You can’t do anything without water. You can’t cook, you can’t wash. It’s like you are not human when you have to use a bucket to go to the toilet. You can’t present yourself well in a job if you aren’t clean. This government has failed us.”

Figlan lives in the Foreman Road shack settlement with 8,000 other residents, who share a total of four taps and four toilets. But even these deplorable conditions represent an improvement since the advent of democracy in 1994. One of Macleod’s staff, outreach worker Lucky Sibiya, has been working in the water unit for 23 years, 15 of those in community outreach.

“Many people never had access to clean water in their homes,” says Sibiya. “They used to spend hours walking to the rivers to collect polluted water. They got sick. Now every family gets 300 liters of free water every day and we have provided more and more safe and private toilets. That has reduced the incidence of disease. It has given people dignity. It has made a huge change to their lives.”

Because of this, most residents of Durban’s informal settlements now have access to water within 200 meters (though 50 percent still don’t have access to a proper toilet). Yet even with the rising number of water connections, daily consumption in Durban has remained largely static at 880 megaliters per day. That’s in part because since 2001 the city has been treating about 45 megaliters of sewage per day and selling it to industrial customers as water for use in their processes. In other words, 45 megaliters of water is getting used twice, and at times more than twice, by local industries, keeping the supply relatively stable.

Now Macleod wants to take the success of recycled water directly to consumers – the so-called “toilet to tap” system, a phrase often to describe the process of turning sewage into drinking water, and one he personally hates. “Recycled water goes through a complex treatment process before it is retreated to drinking water quality. In our case the quality of the effluent we return to the river is often of better quality than the river water that is the source of our conventional water supply. Human excreta makes up a small fraction of sewage effluent – I estimate it to be less than one percent.”

That may very well be. But Macleod’s proposal to process sewage into water for human consumption still needs to be approved by the municipal council. Should it go through, he believes it will add another 150 megaliters of water to the city’s tanks every day. How this will sit with Durbanites, however, who currently enjoy safe, quality drinking water – and, unlike Macleod, who can blissfully ignore the looming shortages the city faces – remains to be seen. Macleod, for his part, sees no reason not to guzzle a cool glass of ice water that might once have been someone else’s urine.

“The objections are really just psychological,” he says. “The water that flows back into our rivers after treatment has less bacteria than the water in the rivers that enters our works.”

He motions proudly to his desk at cup-sized bottles filled with whitish powder. “I have bottles of phosphate from the urine of my staff, harvested (from specially modified urinals) in this building.” Phosphate is a key element of fertilizer and world resources are fast depleting. Plus, Macleod points out, when you flush your toilet, you’re mostly flushing drinkable water. “It takes nine liters of water to flush away 300 milliliters of urine. You only need to get rid of the 300 milliliters.” Spoken like a true city manager whose job it is to squeeze every drop from the system.