Durban Aims to Spread Its Biodiversity Message to Its Slums 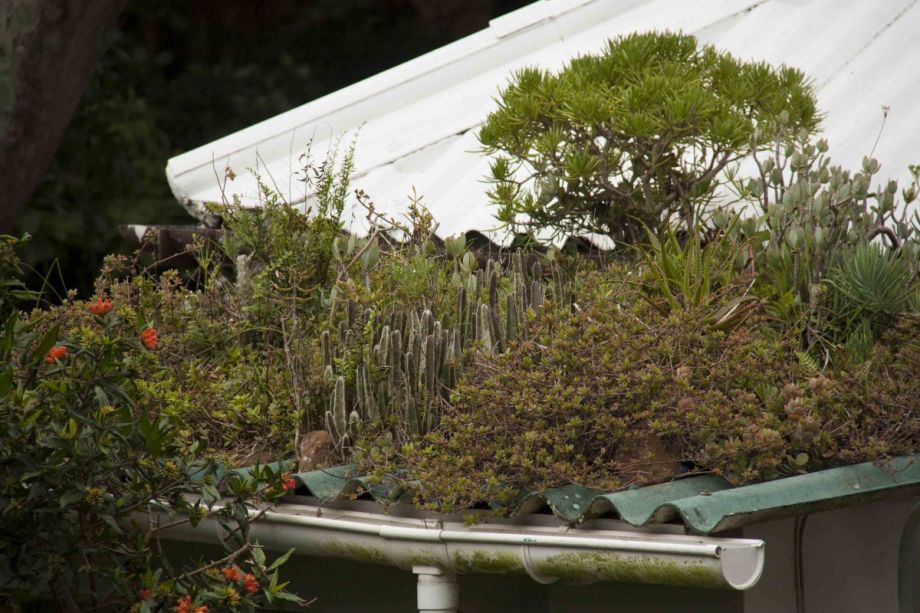 When senior city official Debra Roberts worked with a group of environmentalists to turn the roof of a low-rise Durban municipal building into a garden, many questioned the value of spending money on plants in the sky. But that was in 2008, and in the six short years since then, Roberts’ focus on biodiversity has gone from eccentric experiment to the philosophy that now guides a good chunk of the city’s official policies.

“A fundamental requirement is that in everything we do now, we ‘ask the climate question,‘” says Roberts. “We’re constantly evaluating this, and how this impacts on the management of D’MOSS.”

D’MOSS is the acronym for Durban’s Metropolitan Open Space System, an initiative that aims to protect biodiversity by creating a network covering some 185,000 acres that includes representative and viable examples of key ecosystems. D’MOSS started as a pet project launched by conservationists way back in 1979. But it was Durban’s broader Climate Protection Program).aspx, initiated in 2004, that built on D’MOSS’s work and provided an official filter through which to understand the value of biodiversity in African cities.

“These ecosystem services are a critical adaptation tool,” says Roberts, now the city’s deputy head of Environmental Planning and Climate Protection. “In Africa, where resources are stretched, we replace the need for expensive infrastructure, for example, by using wetlands and reducing the need for storm-water infrastructure.”

As climate change accelerates, Roberts says, the relative value of ecological infrastructure and Durban’s reliance on ecosystems to replace or augment its hard infrastructure will only increase. Ecosystem-based adaption, in fact, is now a key element of local-level planning and guides city policy on issues as varied as food security, water purification and wastewater treatment.

The challenge is bringing these concepts down from the lofty realms of progressive urban planning, and into the lives of ordinary residents. That’s where Geoff Nichols comes in. A trained agriculturalist and horticulturalist, Nichols helped Roberts build that green roof back in 2008, and was the conservation officer for the Durban Parks Department for over a decade before he became a freelance consultant and started building roof gardens and managing eco-estates for wealthy Durbanites. (Nichols manages an ecosystem in a luxury gated estate on the outskirts of the city, for instance, which has seen rare African crowned eagles return to the area, as well as a flourishing of a wide variety of buck and other mammals.) He says making environmental conservation accessible is critical – it needs to be a concept that’s as easily grasped by a shack dweller as it is by an architect, and incorporated into everyday life.

“The problem is that if you are living on the breadline,” Nichols says, “conservation means very little.”

But he also insists that even a small effort goes a long way. All a roof garden requires, says Nichols, is a bit of thought, some plastic sheeting and 50 millimeters of soil. Such a garden can significantly increase the lifespan of a roof, reduce the ambient temperature of the structure and harvest rainwater – all effects that are more critical for shack-dwellers than anyone else. “The soil attracts the plants and flowers, which in turn attract the insects that attract the birds. By making [roof gardens] popular and by introducing clever architecture, we are showing people that even growing a few little indigenous shrubs helps to beat the heat.”

Even scaled-up biodiversity initiatives need to remain rooted in local effort. In Buffelsdraai, for instance, officials established a large-scale community reforestation initiative in the buffer zone around a landfill site. The project was initiated in 2008 and will eventually result in the reforestation of nearly 1,300 acres of land previously cleared for sugar cane cultivation. Locals trained by non-governmental organization Wildlands Conservation Trust are growing indigenous trees for the project. These “treepreneurs” source seeds and propagate them in exchange for credit notes that can be used for food, building materials, school fees and other pre-ordered goods. To date the project has created an income for hundreds of these participants.

It’s projects like this that Roberts points to when she says biodiversity isn’t just about saving ecosystems, but using ecosystems to help save people and the resources on which they depend. “The better we understand ecological processes and improve the calibration of our open-space plan with local, fine-scale data, the more robust the system,” she says. “This information can also be used to build incentives, such as payment for ecosystem services into green economy models.”

Still, Nichols says getting the buy-in to protect biodiversity is a constant challenge. “Our plans will always be nice on paper, but difficult to manage in reality. It involves a diverse range of plants and animals, and we – primates – are the most difficult. We’re not like monkeys. They haven’t learned to be devious yet. We have lots of competing interests and political agendas.”

Nevertheless, Roberts says the message emerging from Durban is that the new big climate idea is actually a series of small actions at the local level.

“For us this means Africanizing the concept of adaptation in a way that ensures the conservation and management of the continent’s rich biodiversity in a rapidly urbanizing context. Durban has taken a first step. Now we’re working towards a better understanding of the realities and opportunities associated with this.”