Got Spare Water? You Can Make Millions in California – Next City

Got Spare Water? You Can Make Millions in California 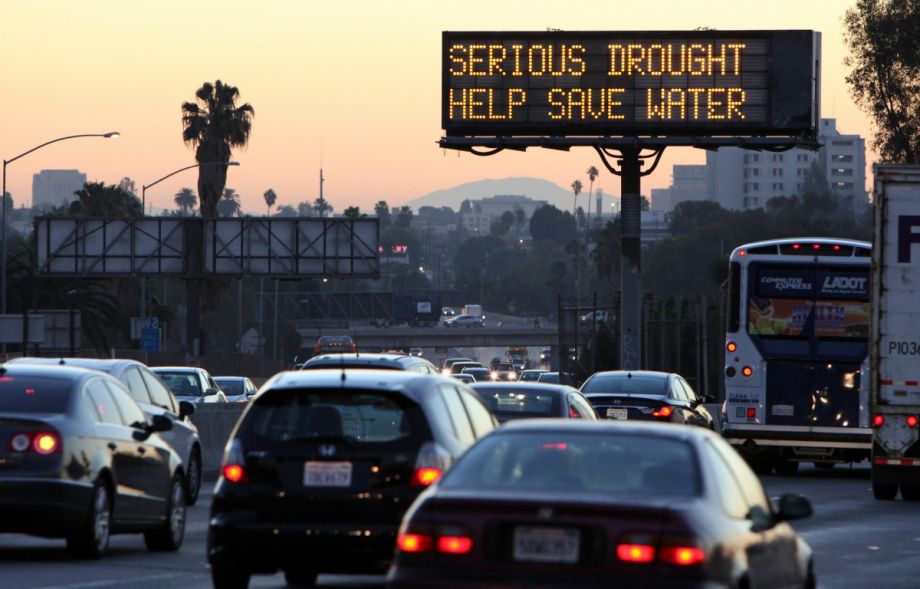 “Water is set to become the most valuable resource on earth, even more precious than oil,” writes Ophélie Mortier, the responsible investment coordinator at the Belgian finance firm Petercam. “Corporations should adapt to this reality and integrate it into their daily operations. But luckily, this also opens up investment opportunities.” Mortier’s blog post on the subject, illustrated with a grim map that shows how much of the globe is projected to be hurting for water in 2025, went up just a few days ago.

In drought-stricken California, some people are already finding ways to cash in on the water shortage there. According to the Associated Press, a couple of lucky water districts with excess supply, as well as some private landowners, are making big bucks by auctioning excess water rights to the highest bidder this year. The AP’s Garance Burke writes:

In California, the sellers include those who hold claims on water that date back a century, private firms who are extracting groundwater and landowners who stored water when it was plentiful in underground caverns known as water banks.

“This year the market is unbelievable,” said Thomas Greci, the general manager of the Madera Irrigation District, which recently made nearly $7 million from selling about 3,200 acre-feet. “And this is a way to pay our bills.” [An “acre foot” is the amount of water it takes to cover an acre of land one foot deep.]

All of the district’s water went to farms; the city of Santa Barbara, which has its own water shortages, was outbid.

The rush to pump banked water for sale might result in some wells running dry by the end of the summer.

California has an incredibly complicated system of water management, in which hundreds of water districts make decisions at the local level, and the competition between agricultural, environmental, industrial and urban needs is intense. Critics have long said that the way water is managed by the state is flawed. “If you have a really scarce natural resource that the state’s economy depends on, it would be nice to have it run efficiently and transparently,” Richard Howitt, professor emeritus at the University of California, Davis, told the AP.

The fevered water market in California is just one indication of just how fierce the battles over water in the American West and other waterscarce areas of the globe could get. In Colorado back in 2012, before this latest drought took hold, agriculture and environmental advocates were already expressing concern over the way fracking concerns were outbidding farmers at water auctions in that state. In Colorado in 2013, farmers who had been paying up to $100 per acre foot were competing with energy companies willing to pay between $1,200 and $2,900 for the same amount.

This competition for resources is sharpened by a booming urban population in much of the American West. It is also set against a dawning understanding among researchers that the region was in the midst of an unusually wet period during the 20th century, and that in the era before European settlement, major regional water sources such as the Colorado River were significantly lower than they were when the United States began its westward push.

So while water districts might be cashing in by selling water now, we all need to be thinking more about the true value of water going forward. “Water is at the heart of many economic and financial challenges and has become a real financial asset,” writes Petercam’s Mortier. “From a risk perspective, companies underestimating how fast things evolve may incur significant costs to their balance sheet.”

From a risk perspective, you might add, states and nations underestimating how fast things evolve may incur significant costs to their societies.