Where the Thirstiest Cities in the World Go to Drink 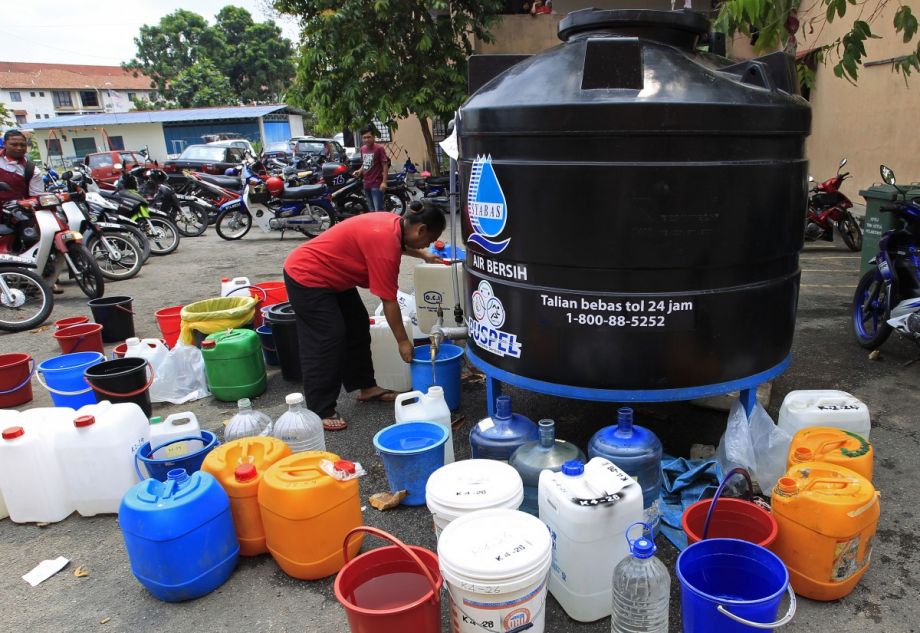 A resident collects water from a tank in Balakong, outside Kuala Lumpur, Malaysia, earlier this year. (AP Photo/Lai Seng Sin)

“It’s hard to know how to make water sustainable,” says Rob McDonald, senior scientist for sustainability at the Nature Conservancy.

In order to figure out what is turning out to be one of the planet’s most pressing environmental challenges, he says, we first need to understand the scope of the problem. “This paper started with a really simple question,” he says. “Where do the world’s biggest cities get their water from?” It was a question, remarkably enough, that had not yet been comprehensively studied.

McDonald and his colleagues at the National Socio-Environmental Synthesis Center looked at the 50 largest cities around the globe, as well as a representative sample of others with populations greater than 750,000. What they found, as they detail in a study just published in the journal Global Environmental Change, was both reassuring and frightening. According to their analysis, about 25 percent of these cities were under water stress, a term defined by the ratio of water use to available water.

That may sound grim, but it is actually better than the 40 percent that had been previously estimated.

The difference is that this study took infrastructure into account. “Infrastructure matters,” says McDonald. “It’s still a big challenge, but a lot of cities do build their way out of water stress.”

Building, of course, requires money. “Who gets stuck are either very arid or very poor countries,” says McDonald. “Poor cities are getting stuck the most. And poorest cities are growing fastest.”

That said, not all the cities under water stress in the study are poor. In fact, the largest urban area on the list is Tokyo, followed in size by Delhi, Mexico City (where McDonald says that as much as 40 percent of water is lost due to leaks in the system), Shanghai, Beijing, Kolkata, Karachi, Los Angeles, Rio de Janeiro, and Moscow.

The tally of water-stressed cities accounts for some of the most economically significant population centers on the globe, responsible for approximately $4.8 trillion in economic activity. “This large amount of economic activity in large cities with insecure sources of water emphasizes the importance of sustainable management of these sources not just for the viability of individual cities but for the global economy,” write the report’s authors.

Some 78 percent of urban dwellers in large cities get water from surface sources. Another 20 percent depend on groundwater, and a mere 2 percent use desalinated water.

The researchers detail the way that many cities are getting water from far away to satisfy their thirst. Large cities cover only 1 percent of the planet’s surface, but their watersheds encompass 41 percent, “so the raw water quality of large cities depends on the land-use in this much larger area,” the researchers write. Of the cities studied, 12 percent get water from another water basin entirely, and among those, four of the top 10 transfers benefit cities in the United States: Los Angeles, Boston, San Francisco and San Diego (New York is not far behind). Collectively, the world’s cities move 504 billion liters of water each day.

McDonald says that the effects of climate change and growing populations, especially in poorer cities, will potentially imperil the stability of water supplies in the future. “One of the things that scares me most about climate change is the uncertainty,” says McDonald. “It’s a giant unreplicated experiment.”

Still, he says that this study — the first in a series of papers that will detail the challenges facing global urban water supplies — demonstrates that cities with sufficient resources will go to great lengths to get the supplies they need, whether through long-distance water transfers from wetter regions or through technological means such as desalination. These measures, he cautions, are extremely energy-intensive as well as costly.

“Water is really fundamental to what cities do,” says McDonald. That means that the drive to get water will likely spur technological innovation, both in developing new water supplies and in moving water around. Without an eye to the way these water transfers impact regions with multiple population centers, however, all that ingenuity could backfire. “If there are no rules,” McDonald cautions, “they will drink the rivers dry.”