Dr. Dre Jumps on the Entrepreneurship Bandwagon – Next City 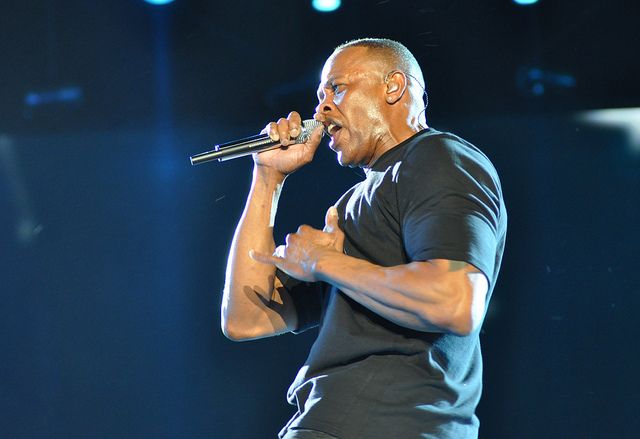 Dr. Dre is the latest celeb to catch the entrepreneurship bug. We’re wondering when we can sign up for his TED talk. Credit: Jason Persee on Flickr

Hip hop mogul Dr. Dre and the man who discovered him, record producer Jimmy Iovine, are the latest converts in the nation’s ever-growing cult of entrepreneurship.

Dre, whose birth name is Andre Young, and Iovine are donating $70 million to the University of Southern California to create a new four-year undergraduate program that seeks to cultivate a next generation of moguls, the New York Times reported Wednesday.

The USC Jimmy Iovine and Andre Young Academy for Arts, Technology and the Business of Innovation will prepare students with course in business, marketing, product development, design and liberal arts. But its not only the next Mark Zuckerberg that Young and Iovine want to educate. A chunk of their $70 million gift will be used to fund full scholarships “to help financially disadvantaged students to ‘go on to do something that could potentially change the world,‘” Young told Times reporter Jenna Wortham.

Young and Iovine gave few other hints about how important this kind of world-benefiting social entrepreneurship is to their overall vision, but the comment does point to a desire to ensure that the so-called triple bottom line does have presence in the program.

By their senior year, the students will participate in a program called “The Garage.” Similar to business incubators seen in universities such as Standford and increasingly, in cities such as St. Louis, Denver and Seattle, students will be tasked with developing their own business prototype.

With USC only about 12 miles from Young’s rough-and-tumble hometown of Compton, let’s hope at least a few students come from the same urban streets that bred the taste-making rap artist.

It was performing as a DJ at Los Angeles nightclubs where Young got his start in 1984. The musician chose the name “Dr. Dre” after famed Philadelphia 76er Julius Irving’s nickname “Dr. J.” His local DJ nights soon evolved into a full-fledged rap career when in 1986, Dre joined rappers Ice Cube and Eazy-E in the newly created rap group N.W.A. The group quickly went onto define the nascent genre of gangster rap.

After making a name with in controversial gangster rap classics like “Straight Outta Compton” and “Fuck tha Police,” Dre went solo in 1991, moving to the other side of the recording studio and establishing Death Row Records. Dre founded the company with now-notorious producer, Marion Hugh Knight Jr., also known as “Suge Knight.”

The entrepreneurial move was a smart one. Death Row produced Dre’s first solo album, The Chronic, which went triple platinum. It was the only album he released with them and featured the hit song “Nothing but a ‘G’ Thang.” The real money, however, came from discovering artists like Snoop Dogg, the late Tupac Shakur and his stepbrother, Warren G. (“Regulate,” anyone?)

Over the last decade, Young has not lost his gift for identifying talent. His latest record label Aftermath Entertainment, launched in 1996, has been a huge success. It helped launch the careers of both Eminem and 50 cent and produced other albums by Busta Rhymes and Dr. Dre himself. Eminem’s most successful album, Lose Yourself, sold almost 3 million copies alone. Dr. Dre proved that he still understands the game after introducing his latest protégé, Kendrick Lamar. Lamar’s latest album, good kid, m.A.A.d city, sold 242,000 copies its first week and went gold in December after crossing the 500,000 copy mark.

But Young’s most astute move may be his 2008 decision to move into the electronics business and start Beats Electronics with Jimmy Iovine. The company, which sells high-end audio equipment products including $400 headphones bearing Dre’s name, made the millions that the pair is now sending over to USC.