Is the Cost of Sacramento’s Downtown Makeover Too High? – Next City

Is the Cost of Sacramento’s Downtown Makeover Too High? 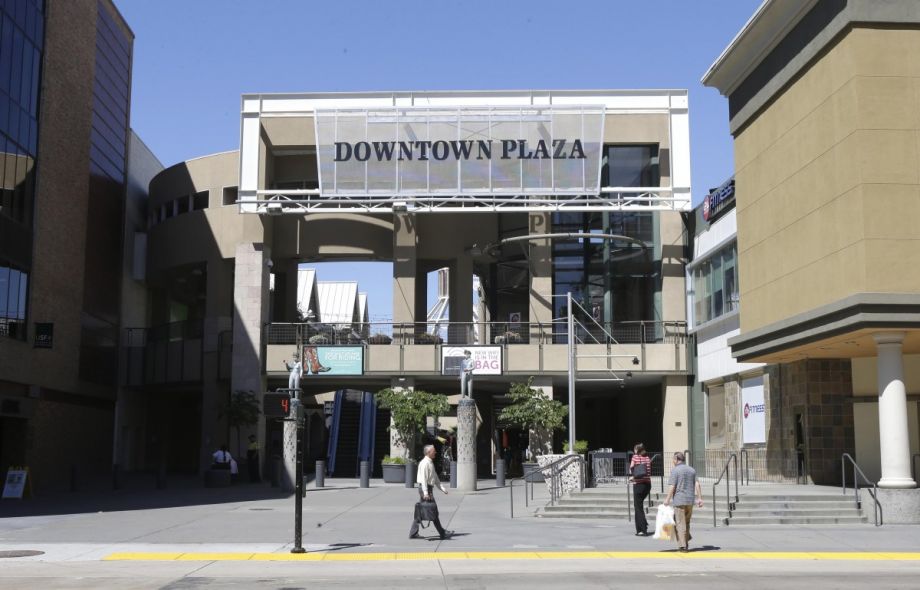 Many U.S. cities have glaring economic divides that present geographically, but in Sacramento, this inequality is characterized by two downtowns. There’s the state capitol, a 9-to-5 employer of government officials and six-figure lobbyists marked by sleek mid-rises with tinted windows. It draws around 100,000 cars every day and empties via onramps every night. But Sacramento’s other downtown is still occupied when the streetlights go on. Scattered among government offices are a collection of historic buildings with cracked windows and rusty fire escapes. Many of them, like the Marshall Hotel on 7th and L, house the city’s poorest residents. At least they did. With affordable housing a growing national concern and downtown revivals a media darling, the northern California city is grappling with the promise of luxury apartment high-rises amid the displacement of low-income residents.

On June 27th, a settlement between Sacramento’s state and city governments, their respective headquarters a half-mile apart, paved the way for redevelopment in the historic core. But as officials plan mixed-use projects and developers talk high-rises in the local paper, housing advocates are worried about that second downtown — the one that stands to be displaced.

Last week’s settlement funneled $1 million into Sacramento’s coffers. Since Gov. Brown seized redevelopment funds in a controversial attempt to balance the California budget in 2011, lawsuits like this are winning some of the money back. The money will help fund an entire block of new building on K Street, including apartments and a concert hall.

This is only the latest in a string of proposed Sacramento makeovers. A six-square-block arena to house the Sacramento Kings was approved earlier this year. And a 240-acre rail yard will become a mixed-use project once its soil is decontaminated. With California’s stalled construction industry finally accelerating, the city newspaper recently ran a story examining sites of potential high-rises that could mark Sacramento’s “becoming a major metropolis.” Developers surveyed spoke of luxury units and “market-rate housing that [would attract] a population with a disposable income.”

Meanwhile, the downtown zip code has one of the lowest median incomes in Sacramento according to Census Bureau numbers — $29,000 compared to $50,000 citywide. Twenty-eight percent of its residents are below the national poverty line compared to 20 percent across the city, and nearly all of them rent their homes.

A large portion (15 percent) of the city’s below-market-rate housing is also concentrated centrally. But more is needed according to Darryl Rutherford with the Sacramento Housing Alliance. Rutherford points to the city’s housing element, which calls for 8,411 more low-income units to be zoned. He also references a study conducted by the California Housing Partnership Corporation that found a shortfall of more than 50,000 affordable homes for the county’s bottom earners. With transit in place, service jobs in the capitol and densities high enough to accommodate large subsidized developments, SHA wants to keep the area affordable for its current residents.

“The city can’t just plan for higher-income households and then push low-income earners out to the fringe where housing is going to be less expensive,” Rutherford says. “It has to be equitable to all income levels.”

His argument cuts both ways. Along with environmental advocates, SHA recently filed a lawsuit against the city’s arena project, stating that it doesn’t adequately consider the area’s current residents. An irate columnist for the Sacramento Bee lambasted the move.

“[T]o provide true diversity in housing in Sacramento’s downtown core, what is needed is not more affordable housing,” Marcos Breton wrote on June 29. “What is needed is more market-rate housing.”

According to Tom Pace, the city’s long-range planning manager, both are in demand.

“There’s a need for more housing in the downtown in general of all kinds,” he says. “It’s the largest employment center in the region. Lots of people live in other parts of the region and commute in by car, which creates all kinds of problems with emissions, pollution and traffic congestion.”

The K Street project will include a mix of affordable and market-rate units, he says.

In California, regional governments tend to match job and housing growth in a way that is far from exact. In the Bay Area at least, the very figures that determine how much housing a city needs are often tempered by stakeholder input.

So it’s difficult to say which is true about Sacramento’s core. But amid fears and hopes of gentrification, the Marshall Hotel at least is a bleak example of displacement.

The brick building sits next to the future arena site. Until this year, it was a single-room occupancy (SRO) unit, meaning that it housed Sacramento’s lowest earners, many of them formerly homeless, disabled and mentally ill, according to SHA.

All of them were given eviction notices in February. According to a CBS report, the owner plans to convert the Marshall into a high-end boutique hotel.

“The city has a no-net loss policy for SROs,” says Pace. “Whenever those facilities are closed, a replacement is opened.”

Pace says that more than 100 units at Mercy Housing on 7th and H Street were prepared for the hotel’s closure. CBS also reported that many of the tenants were moving to Mercy.

But a call to Mercy Housing reveals that four months later, none of the Marshall tenants have moved in. Several applied, according to spokesperson Rick Sprague, but Mercy has a stricter background policy than the Marshall, and they were all denied because of criminal charges.

“Yesterday was the last day for those residents to move out,” Rutherford says. Even though they’ve been given stipends to fund first and last month’s rent, he says, “only one out of 57 has found a comparable arrangement.”

With the hotel’s closure, a piece of that second downtown Sacramento disappears. Maybe it will be replaced. Or maybe the city will soon have dozens more homeless people sleeping in its central streets.