Down By the Bay, Where the Air Contaminants Grow – Next City

Down By the Bay, Where the Air Contaminants Grow 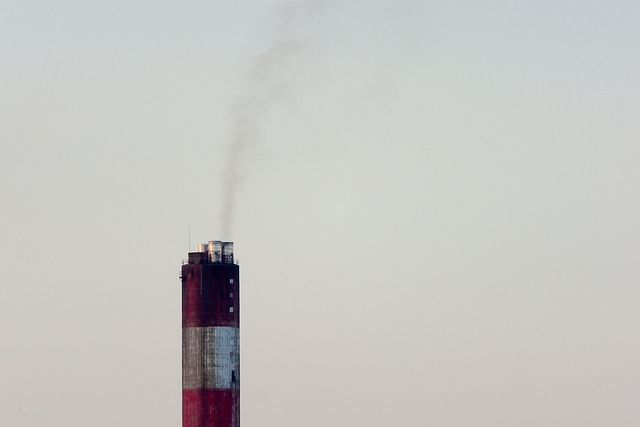 A smokestack near the Port of Rouen. Credit: Frédéric Bisson on Flickr

This week, we’re all about ports. In conjunction with Ryan Briggs’ Forefront story on an expansion project at the Port of Philadelphia, Emma Fried-Cassorla delivers a five-part series on various issues facing port cities around the country. Read the first installment here.

The Port of Los Angeles and the Port of Long Beach are located right next to each other on the San Pedro Bay in Southern California. Combined, they are the world’s eighth-busiest port complex, moving almost 14 million container units, valued at about $430 billion, in 2011.

That type of high-capacity goods movement comes at a staggering environmental cost. Last year, the ports together had 7,100 vessel calls made by ships burning bunker fuel, which has been called the dirtiest fuel on the planet. In the Port of Los Angeles alone, diesel powered trucks make upwards of 40,000 trips daily to move containers.

But that’s not all. Trains and cranes, all diesel powered, are in constant motion — unloading and loading – giving the Los Angeles-South Coast Air Basin some of the worst air quality in the country.

In 1998, California classified diesel exhaust particulate matter as a toxic air contaminant. The California Air Resources Board estimated that diesel exhaust causes 2,100 premature deaths, 190,000 sick days for workers and 360,000 school absences annually. Most striking are levels of asthma in communities surrounding the ports. In 2010, a report showed that approximately 33 percent of households in neighborhoods bordering the ports of Los Angeles and Long Beach had at least one adult with asthma, and 19 percent had at least one child with asthma. Nationally, these figures are closer to 10 percent of children and 8 percent of adults.

Air pollution from ports not only concerns the environment itself, but environmental justice as well. The communities of San Pedro, Wilmington and Long Beach have large minority populations with median household and family incomes that are significantly less than those of the County and City of Los Angeles. Community residents have rallied together in the past, along with organizations like the Natural Resources Defense Council and the Coalition for Clean Air, to stand up to a $274 million terminal expansion at the port of Los Angeles that would further harm their neighborhoods. A landmark environmental justice ruling in 2008 settlement led to the establishment of a $50 million mitigation fund by the port to pay for school air filtration systems, health care clinics and job training centers, among other mitigation projects. 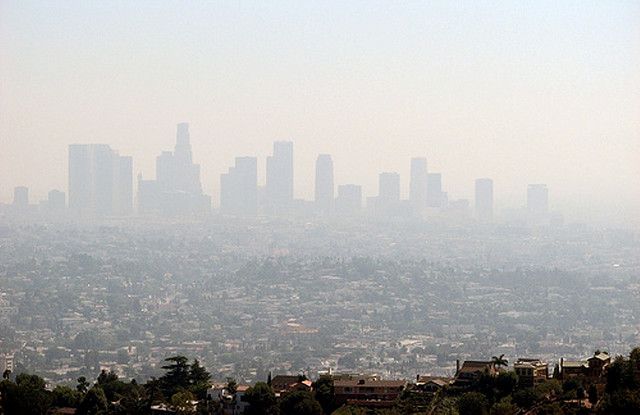 This are not just limited to the neighborhoods surrounding the Port of Los Angeles and the Port of Long Beach. Most ports are located in industrial areas, frequently surrounded by lower-income, predominantly minority communities. And it’s not just air pollution that these neighborhoods need to be worried about. Noise pollution, traffic congestion, light pollution, poor infrastructure, land contamination and lead poisoning are all issues that these communities must contend with.

Ports are beginning to get the message — through lawsuits or tighter regulations — and have begun to address how they affect their neighboring communities. For instance, the Port Authority of New York and New Jersey, in conjunction with an environmental and community stakeholder group, is looking for ways to reduce diesel emissions and greenhouse gasses. The port is instituting truck replacement programs, a clearly defined clean air strategy, and low-sulfur fuel incentive programs for ocean going vessels.

The South Carolina State Ports Authority has gone even further, partnering with the Lowcountry Alliance for Model Communities and a multi-stakeholder Mitigation Agreement Commission to create a $4.08 million Community Mitigation Plan and Environmental Stewardship Policy, which address community revitalization, education and environmental projects.

So what about the ports in Southern California? In addition to the $50 million mitigation fund, the cities have created a Clean Air Action Plan (CAAP) and a Clean Trucks Program, which they have had to defend vigorously (and, so far, successfully) in the courts. The CAAP contained goals to achieve a 45 percent emissions reduction in diesel particulate matter, nitrogen oxides and sulfur oxides by the end of 2011, all of which have been exceeded. A “health-risk reduction standard” aims to lower the residential cancer risk due to diesel particulate pollution by 85 percent in adjacent port communities by 2020.

For the most part, ports are not quite there yet. They may never be, as international trade is only expected to bring more goods, ships, trains and trucks through these terminals every day. However, there is another clear trend paralleling this — ports are going greener as new regulations are enforced, green business becomes more popular and communities begin to defend themselves.