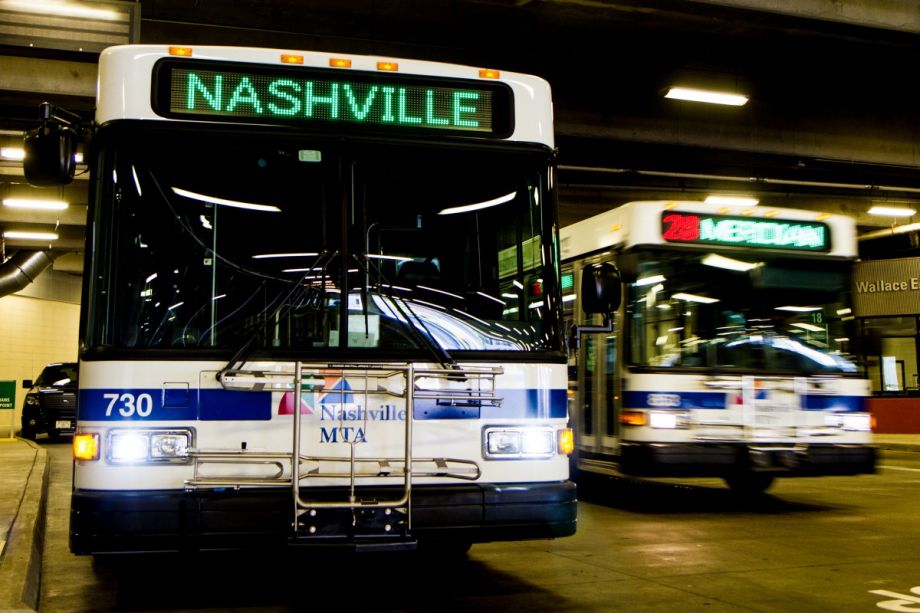 Contrary to a Wired post on Tuesday claiming that the Tennessee lawmakers passed legislation banning bus rapid transit in response to a project planned for Nashville, the state has not forbid the gold standard in buses — yet. Rather, the state’s House of Representatives and Senate are still haggling over the details: Do we just burn the town to the ground, or do we burn it to the ground and then kill all of its children and salt its fields?

Bus rapid transit isn’t supposed to be terribly controversial. The idea behind it is that if buses are given all of the accoutrements of light rail, but without the actual rail and trains, they can reap many of the advantages of light rail — namely, speed — without all the cost of the civil works required to rip up a street, install rails and then repave it.

But bus rapid transit — or BRT, as it’s commonly known — still requires all of the real estate of proper light rail, and that has been a major stumbling block in Nashville’s “Amp” system, as it’s been branded. The 7.1-mile, $174 million line would run in the median of Nashville’s Main Street and West End Avenue (with some other detours), connecting the city’s downtown and the touristy Music Row with West End, home to Vanderbilt and a large hospital complex.

The system, however, sparked the ire of fiscal conservatives, worried about the cost and the intrusion in streets that have up until now been dedicated largely to the movement of private automobiles. Sen. Jim Tracy, a Republican and the Amp’s primary opponent in the Tennessee Senate, “worries not only about congestion but also about the safety of people boarding buses in the center of the road,” wrote The Tennessean. He also raised the specter of — brace yourself! — lost parking spots.

The response from the Senate was swift — they passed a measure banning all mass transit projects in the state that would run and board customers in the center lane of any state highway (read: major road that could handle transit). This would include not only the Amp and other bus rapid transit projects, but even light rail, which has never been proposed.

While such projects could still use the outer lanes of a road, this is less desirable from a transit perspective, since it puts transit vehicles in conflict with left-turning cars and trucks, whereas a proper BRT or light rail implementation eliminates these conflicts by banning most left turns entirely.

While Tennessee is the only state to consider an outright ban on center-running transit, it is unfortunately not the only place in America where center lanes and banning left turns (no matter how irrational they are in the first place) are too controversial to stomach.

In Detroit, the private backers of the light rail line planned for Woodward Avenue insisted that the line run along the curb, in order to spur development and retail sales (why potential customers would be more likely to dart across a full street to get to or from the bus but wouldn’t cross half a street to get to the median was unclear), leading transit backers in the city to cry foul.

And even in New York City, America’s transit mecca, all new Select Bus Service (the city’s brand of BRT) routes are on the outside lanes. Michael Bloomberg and Janette Sadik-Khan’s plan for 34th Street in Manhattan — which hosts three times as many bus riders as car drivers and passengers — would have used center-running lanes, but was rejected almost as soon as it was revealed.

Back in Nashville, the project isn’t quite dead yet. The House of Representatives (which, in line with the federal versions of the two houses, is more representative of the state’s urban population) passed a gentler bill that would merely require approval from a couple different bodies before rolling out the design. The two bills have yet to be reconciled, so there’s still a chance that the final legislation could hew more closely to the House version than the Senate one.

An added wrinkle in the story is that while Nashville’s African-American population is far more bus-dependent than its white citizenry and might be expected to support such a project, the route has turned many black politicians and the local NAACP chapter off from the plan. The line would run between commercial areas, likely attracting a largely white college student and touristy crowd, and would not provide service to the poorer, blacker and more transit-dependent North Nashville.

With rising anger from conservatives and little support from the city’s transit riders, the Amp bus rapid transit line may never be brought to fruition. But if it isn’t, at least Nashville’s got company — we couldn’t make a proper, median-running BRT work in New York City, either.