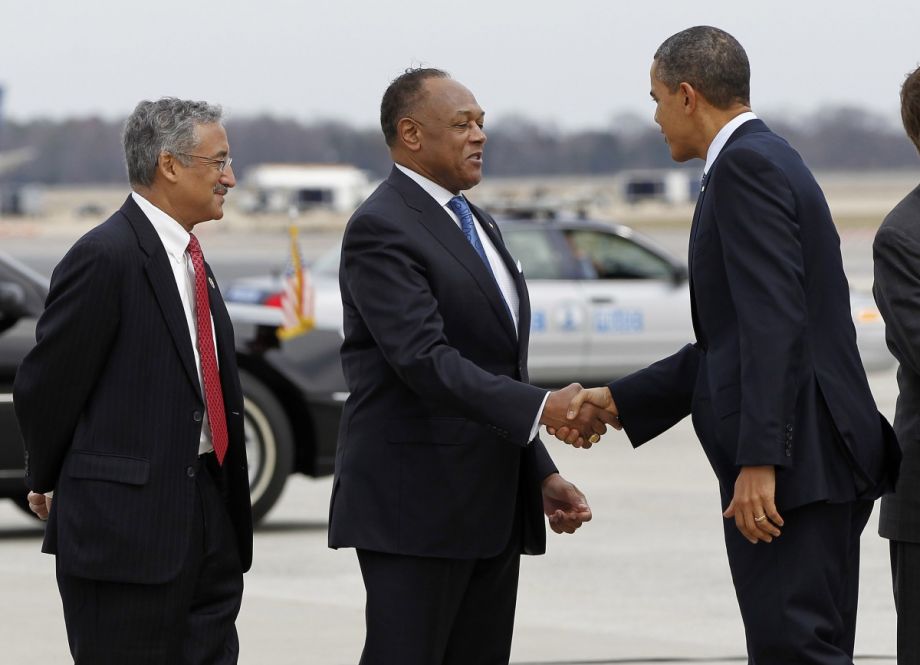 The city of Richmond, Va., has a poverty rate of 27 percent. For a city of nearly a quarter million, they’re desperately lacking in easily accessible transportation. The schools are disproportionately segregated. And while there are existing structures within the city government to handle the various things that impact — and increase — poverty, on Tuesday Mayor Dwight Jones announced a new program to combat the spiral and implement change.

The newly formed Office of Community Wealth Building will be helmed by Thad Williamson, a professor at the University of Richmond who has written two books that will inform his time working for Mayor Jones: 2001’s Making a Place for Community: Local Democracy in a Global Era and 2010’s Sprawl, Justice, and Citizenship: The Civic Costs of the American Way of Life.

Williamson will start with a barebones crew of three (including himself) and a small budget of $3.5 million. “It will have a start-up feel to begin,” he told me. They’ll be focusing on what he called “seven silos” of the city: Transportation, housing, workforce development, targeted economic development, early childhood education, adolescent transition and college access.

They won’t meddle in the department of education’s affairs or weigh in on DOT bike lanes, but instead look at how these existing city agencies and departments can spur some sort of real social change. (Use the phrase help institute “best practices,” if you must.) Williamson rattled off a litany of problems he’d like to address that will sound familiar to city dwellers everywhere.

“There’s a long and highly racially influenced legacy of segregation here, which continues to impact the city,” he continued. “The lack of a regional transportation system that’s inadequate, the schools being highly segregated and then the concentration of virtually all the public housing — all of these are conspiring.”

What Williamson hopes to do is look at how each of the city’s “silos” can help to reduce concentrated poverty. “We’ll be assessing the cause of structural poverty in the city and identifying policy prescriptions to address it,” he said. His first order of business is to address workforce development so they can “actually connect people to living wage jobs with local employers. We’re looking at that as the vehicle to actually get people out of poverty and measuring the success of that in a serious way is going to be really important.”

They will be, in some ways, an oversight body. “The elevator pitch is that it’s sort of task forces identifying specific things that the city government could do on a fairly modest budget to get the thing going,” Williamson said.

Perhaps most interestingly, Williamson has already been actively talking with city residents. They’ve appointed a citizen’s advisory board — half of which is composed of residents below the poverty line — which will review and give feedback on all of the proposals coming out of Williamson’s office. They’re not barging into neighborhoods and telling the residents what’s best. It’s a collaborative process, or at least Williamson gave the impression that it will be.

It is, I think, a modest-yet-ambitious way to look at how various parts of a city’s government can work to reduce poverty. Transportation, education, economic development — these are all issues that afflict our low-income residents. The Office of Community Wealth Building intends to dissect how and what to do about it. But whatever you do, don’t call it an anti-poverty measure.

“We’re shifting a little away from the anti-poverty phrase — although it’s still used — simply because we don’t want people to think it’s anti-poor people,” Williamson said. “The focus is on poverty reduction but also building up neighborhood wealth — not just private wealth, but public facilities and amenities.”