The Urbanist’s Guide to the DNC 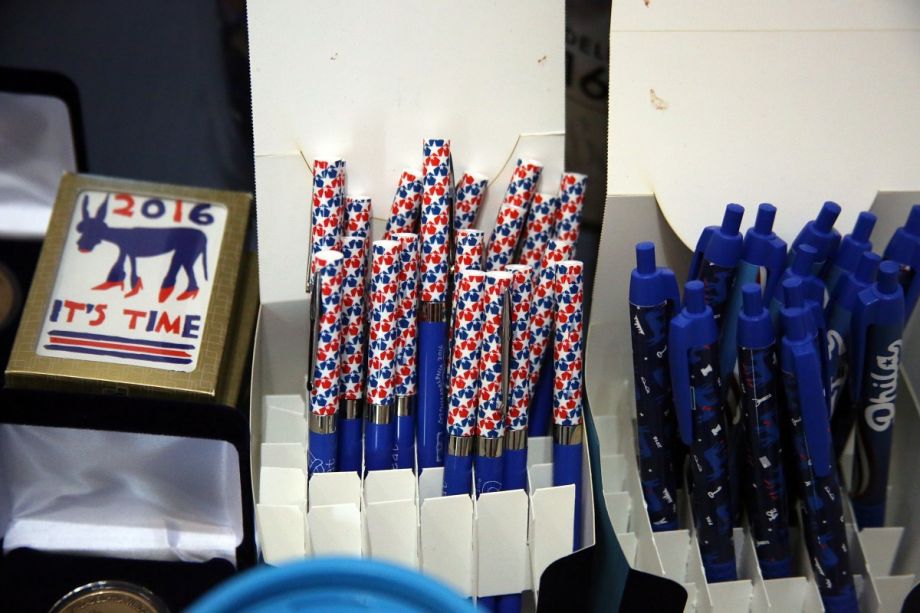 Memorabelia pictured at the pop up store at 30th Street Station in preperation for the Democratic National Convention in Philadelphia, Pa. (Credit: Star Shooter/MediaPunch/IPX)

Huge protests and party in-fighting threaten to overshadow any substantive conversations at this week’s Democratic National Convention in Philadelphia, but if the speaker list provides any indication, the central themes of the week are intended to be immigration, the Black Lives Matter movement and the continuity between the Obama administration and Hillary Clinton.

There will be a welter of forums, protests, rallies and conferences that will be held in Philadelphia as well. These range from labor unity summits to the Socialist Convergence — which will host Seattle City Councilwoman Kshama Sawant — to Black Lives Matter actions.

But for a party whose platform only mentioned the word “urban” once and “cities” twice (“city” singular was only used to refer to Jerusalem), the Democrats are arguably more focused on America’s cities than they have been in years. Several issues pertinent to urban dwellers will be central to the DNC. Given the drumbeat of bloody events of recent weeks, the horror of gun violence and police brutality will be at the heart of the convention. Much of Tuesday evening’s schedule will be devoted to a “Mothers of the Movement,” a slate of speakers that includes the mothers of Eric Garner, Trayvon Martin, Michael Brown and Sandra Bland.

There are other policies that need to be advanced by the Democrats as well, if they are to truly represent the interests of those who live in cities — which is where a solid bloc of their supporters live in our increasingly polarized nation. For those looking for other issues to press the Democratic Party on, from within or without, here are four categories where the Democrats still need to be pushed at the convention and in the coming months.

Housing
Affordable housing hasn’t really been at the center of our political discourse for many years. That’s especially true in regards to renters — both parties have always embraced the sanctification of homeownership — but helping out those who can’t afford to buy hasn’t often been a priority.

That seems to be changing, spurred in part by what former HUD Secretary Shaun Donovan once called “the worst rental affordability crisis this country has ever known.” This year, Harvard sociologist Matthew Desmond’s new book, Evicted: Poverty and Profit in the American City, is garnering comparison’s to Michael Harrington’s 1961 classic, The Other America, in terms of its popular reach and, advocates hope, political influence.

Although all three Democratic candidates included housing policies in their campaign promises, the worst performer, Martin O’Malley, had the best proposals. Perhaps as a result, housing was not one of the major areas of contention during the platform formation process. Many of the four paragraphs on the subject are devoted to either promoting homeownership or to building new units through an expansion of the National Housing Trust Fund. (There’s also a nod toward integrating affordable housing, or “expanding incentives and easing local barriers to building new affordable rental housing developments in areas of economic opportunity.”)

Although building new units is important, in the short-to-medium term current political realities make it unlikely that there will be a tool capable of providing housing on the scale needed. The platform recognizes this in passing by promising to “increase resources to repair public housing, and increase funding for the housing choice voucher program.”

It is essential that the existing supply of public housing be preserved, which would require at least $25.6 billion in capital repairs. The housing voucher program should be massively expanded as well, as it only covers 17 percent of renters, by turning it into an equivalent of food stamps for rental housing. If your income falls below the limit, you are eligible. That’s the kind of ambitious reform those in peril of eviction need right now.

Good Jobs
Housing is only one part of the equation. Cities like Philadelphia and Cleveland have abnormally high unemployment rates and low labor force participation rates. Many low-income urban neighborhoods have been suffering geographically concentrated economic depressions for decades. The recent Great Recession seems to have increased the count of those so blighted, as millions of middle class jobs were wiped out in the aftermath of the housing crash and replaced with low paid work.

The Democrats used to have an answer to such ills. In the mid-20th century, the Democratic Party was the closest thing to a labor party the U.S. ever had, and from 1944 until 1992 it promised to put the whole country to work and to empower those workers by ensuring their ability to unionize. But full employment was dropped from the Democratic Party platform in 1992, and hasn’t appeared since.

Full employment hasn’t been inserted back into the party platform this year, but it gestures towards something like it: “If we are serious about reversing the decline of the middle class,” the platform reads, “we need a major federal jobs program that puts millions of Americans back to work in decent paying jobs in both the public and private sectors.” That sounds like a welcome step away from Bill Clinton’s promise that the era of big government is over, a development that would help stabilize communities from Chicago’s Southside to North Philadelphia.

Infrastructure
That major federal jobs program is promised for “the most ambitious investment in American infrastructure since President Eisenhower created the interstate highway system.”

Politicians love to mention “our crumbling infrastructure” in their speeches. But the reality behind that phrase is horrifyingly real. To take one example, the water infrastructure of the United States is terrifyingly vulnerable — as the citizens of Flint recently learned.

Even outside of the tragedy on the Flint River, there are 240,000 water main breaks a year in the U.S. Depending on who is doing the calculating, and how completely the upgrade would be pursued, the job would cost anywhere from $300 billion to over a trillion dollars. We aren’t getting it. In 2013, The American Society of Civil Engineers gave America’s water infrastructure a D+ and the grade was only that high because of the investments from President Obama’s stimulus package.

Water infrastructure is the definition of an unsexy issue. Its underground, its dirty and its results are taken for granted. Inaction is endemic, from the federal government — which began scaling back its spending in this area under Ronald Reagan — to local governments that have been kicking the can down the road due to a lack of money and political will. These aren’t just urban problems, but it is poor areas like many cities, and older suburbs, that have the direst need.

Mass Transit
Mass transit is probably the policy that comes closest to being an urban-only issue and it isn’t much featured in the Democratic Party platform or the larger presidential campaign, beyond the candidates’ requisite fumbling efforts to get on a New York City subway. Sure there are plenty of rural or suburban transit agencies that do important work, but many older cities simply cannot function without mass transit. Philadelphia without SEPTA would be crippled, as would San Francisco without BART.

But as gas prices have fallen and taken transit ridership along with it, investment in public transportation arguably becomes more important. Funding is needed for both smart new projects — not mixed-traffic streetcar boondoggles — as well as for repair of the $86 billion capital backlog across the nation.

Such investments are needed to ease our killer commuting problem, and to save cash-strapped Americans more money in the long term. (There’s no greater money sink than an oft-used automobile.) There’s also an existential aspect to all this. America’s transportation methods recently became responsible for emitting more carbon than power plants. Passenger cars and light duty trucks are responsible for 63 percent of those emissions. Turns out that when you build a society that requires a car to do almost anything, those emissions start to add up.

Changing our society’s energy consumption habits is an essential long term goal and there’s no better time than the present to ensure at least one of America’s political parties understands that.