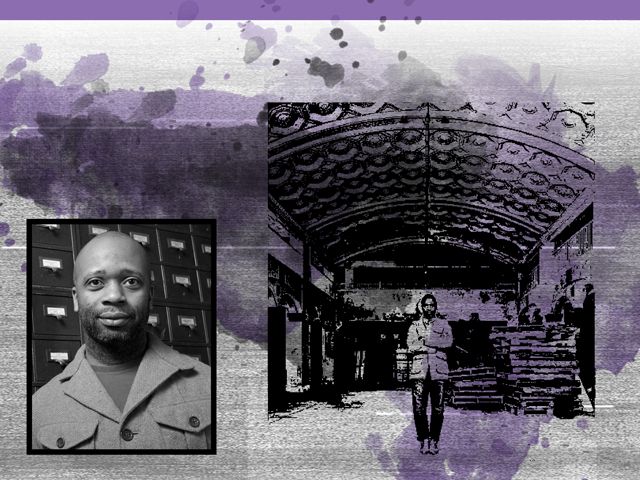 To call Theaster Gates either an artist or urban planner confuses the issue. In fact, his work straddles both realms, and quite fluidly. A contemporary artist whose works have been displayed in some of the most important museums and galleries in the world, Gates is as much entrenched in the world of high art as he is in community-centric social practice.

For the past few years, Gates has been buying dilapidated buildings in his south Chicago neighborhood and bringing them back to life. He’s turned one into an art and architecture reading room. Another is being redeveloped as a cinema, and another still he’s made into his home. Much more than a neighborhood pet project, it’s an effort he hopes to spread. Gates has recently been named director of the University of Chicago’s Arts and Public Life Initiative, which aims to work within the city’s South Side to grow cultural institutions and cultural literacy at the neighborhood level. This work will focus on connecting the university’s arts efforts with the local community to create an environment where culture can thrive and the neighborhood can evolve. With Gates at the helm, art and urban planning will easily commingle.