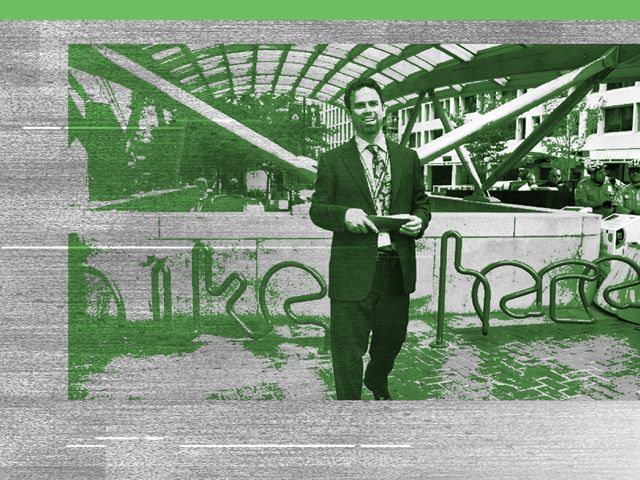 Within just the first few weeks of taking office in May 2011, Chicago’s new transportation commissioner, Gabe Klein, was already letting his inner cyclist shine. He opened the first section of protected bikeway in the city, part of 100 miles promised to be installed within the first term of his new boss, Mayor Rahm Emanuel. The quickness of this bike lane’s installation is indicative not only of Klein’s early career in the bike business, but also of where his priorities will lie as he guides transportation policy in the city.

Klein, who previously served as the head of transportation in Washington, D.C., has already been instrumental in shifting Chicago’s transportation diet away from cars and toward walking, cycling and transit. He has pushed an ambitious 10-year plan to end all road fatalities in the city, released the city’s first-ever pedestrian plan in September, and been at the front of a push to add bus rapid transit service to the city’s already extensive transit network.

That this is only Klein’s second job in government in his now four-year career as a bureaucrat makes his accomplishments so far somewhat surprising. Or, alternatively, this outsider’s perspective may be the best way to explain his success.