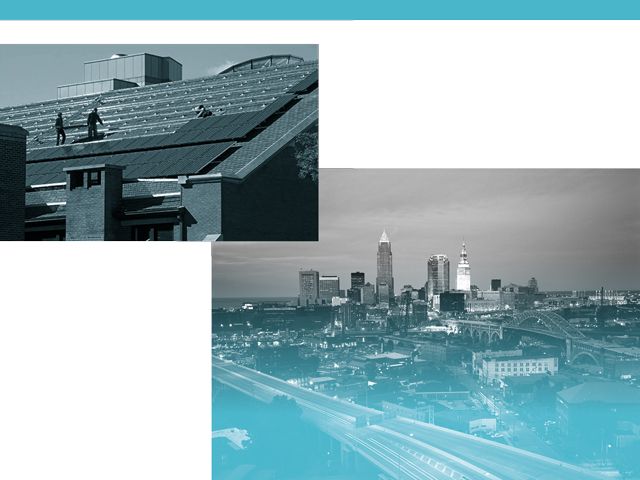 The neighborhoods in and around Cleveland’s University Circle area are among the poorest in the city. With more than 40,000 residents, the area’s median income is just $18,500. It’s no surprise to find widespread urban poverty in such a dense concentration in this city or any other. But what’s surprising is how a group of local institutions have joined forces to try and fight it.

The city government has teamed up with the Cleveland Foundation, the Cleveland Clinic, University Hospitals and Case Western Reserve University to grow jobs in these neighborhoods for the people who need them most. Instead of trying to lure jobs to the area, the group creates small companies — a commercial medical bed linen laundry, a solar energy installation company, a large-scale urban farm — and trains locals to do the work. The companies become employee owned, keeping as much wealth as possible right in the neighborhood.

Known as the Evergreen Cooperatives, the program has become a huge success in Cleveland since launching in 2006. The three businesses have created more than 100 jobs for locals, and the organizers have plans to bring that total to 500 within the next five years. And while the project has made a huge impact in Cleveland, its organizers aren’t greedy: They’re hoping other groups in other cities will follow their lead.