Here’s One Workaround for the Uber Employee vs. Contractor Debate – Next City

Here’s One Workaround for the Uber Employee vs. Contractor Debate 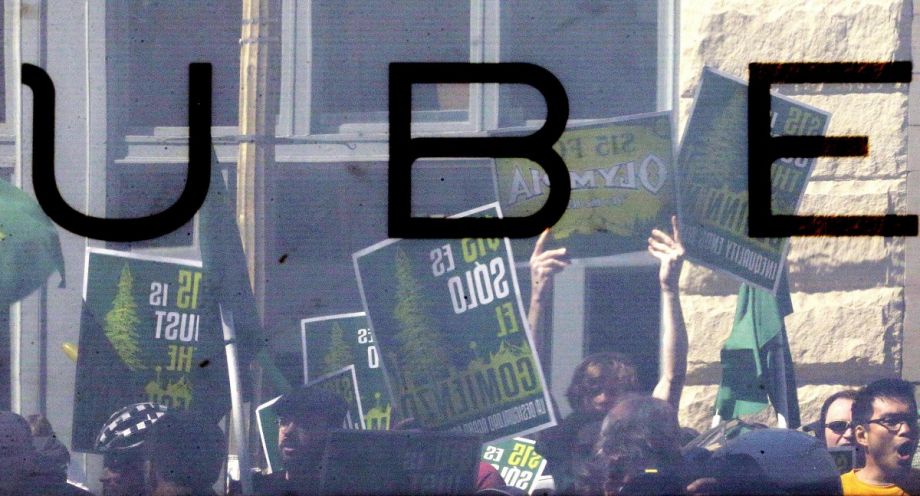 Uber is more than a disruptive economic force. It’s also a disruptive political force. Or at least its CEO thinks so.

“We’re in a political campaign, and the candidate is Uber and the opponent is an asshole named Taxi,” Uber CEO Travis Kalanick said last year. “Nobody likes him, he’s not a nice character, but he’s so woven into the political machinery and fabric that a lot of people owe him favors.”

Uber and other on-demand, app-based companies deserve plenty of credit for disrupting business models and providing new forms of opportunity for both suppliers and consumers of labor. But do business and labor laws need disruption too? That contention is the starting point for a proposal to create a new, third legal category of worker in between employee and independent contractor — the “independent worker.”

The proposal comes from Cornell University’s Seth Harris and Princeton University’s Alan Krueger. Harris is a distinguished scholar at Cornell University’s School of Industrial & Labor Relations. He served four and a half years as the deputy U.S. secretary of labor and six months as acting U.S. secretary of labor under President Barack Obama. Krueger served as chairman of Obama’s Council of Economic Advisers from November 2011 to August 2013. Uber also previously commissioned Krueger to do an independent study of its drivers (which Uber calls “driver-partners”); that was released in January 2015.

To help ground their proposal in the practical reality of the lived experience of drivers and other workers in this situation, Harris and Krueger offer a thought experiment.

Imagine an independent worker driving around her city in her car. She has apps for Uber and Lyft open on separate electronic devices. She is waiting for a customer who is seeking a ride from the area in which she is driving to another part of the city. Two questions arise: 1) Should the driver be compensated for this waiting time? And, if so, 2) who should compensate her?

“The best legal answer,” they write, “seems to be that there is not a good answer.”

No one knows of course how many drivers are in such a situation, as both companies are privately held. Both companies release numbers only occasionally, and in the meantime only rough estimates are available about their growth. Harris and Krueger extrapolate, based on previously stated growth numbers, that Uber had 400,000 active drivers as of Fall 2015. As for how many of those drivers are also signed on to Lyft at the same time, that’s even more impossible to estimate. I’ve personally encountered that situation once.

Eliminating uncertainty is a big reason Harris and Krueger argue for creating a new category of independent workers. No matter which side you’re on, as long as existing labor laws are what’s under debate, the road ahead is murky at best. The question continues to be repeated: Are Uber drivers workers or independent contractors?

Creating a third category of worker could offer the opportunity to start building a new set of rights around that legitimatized category. Harris and Krueger spend a great deal of their proposal making the case for why neither the definition of employee or independent contractor reflects the reality of this small but growing segment of the U.S. labor market.

“Legal rules defining ‘independent workers’ can and should more closely reflect the actual experience of workers in that category than the current definitions of ‘employee’ and ‘independent contractor,’” they write.

There has been, of course, plenty written about why the term “employee” suits on-demand drivers just fine, and many people, including the workers themselves, have been advocating for such status in the courts. Further, some on-demand service companies from the get-go are classifying those doing the labor as employees and not contractors. However, when it comes to the legal process, a judge in the midst of a lawsuit trial in California said earlier this year, “At first glance, Lyft drivers don’t seem much like employees. But Lyft drivers don’t seem much like independent contractors either. The jury in this case will be handed a square peg and asked to choose between two round holes.”

A fresh starting point, Harris and Krueger argue, could create a fit for that square peg, by helping to start establishing mechanisms for benefits that aren’t tied to hours worked. Subsidizing healthcare, for instance, isn’t subject to the same uncertainty as a minimum wage or overtime pay. If new companies like Uber or Lyft won’t directly subsidize independent workers’ healthcare plans, perhaps they could agree to pay into health insurance exchange subsidy pools.

Besides healthcare, Harris and Krueger cite collective bargaining, civil rights protections and tax withholding as other benefits that could be recognized for a new category of independent worker. Just this week, Seattle’s City Council voted to recognize taxi, for-hire and Uber drivers’ right to unionize and thus bargain collectively.

“The critical thing in the next decade or two is we structure labor law in a way that allows a wider variety of work arrangements,” said Arun Sundararajan, an NYU professor. “The same protections, the hard-won protections of full-time employment should be extended to other categories of work so that we don’t bias people towards one particular form.”

At the heart of it all is maintaining the hard-won social compact between employees and employers that has been fought for throughout the history of the U.S.