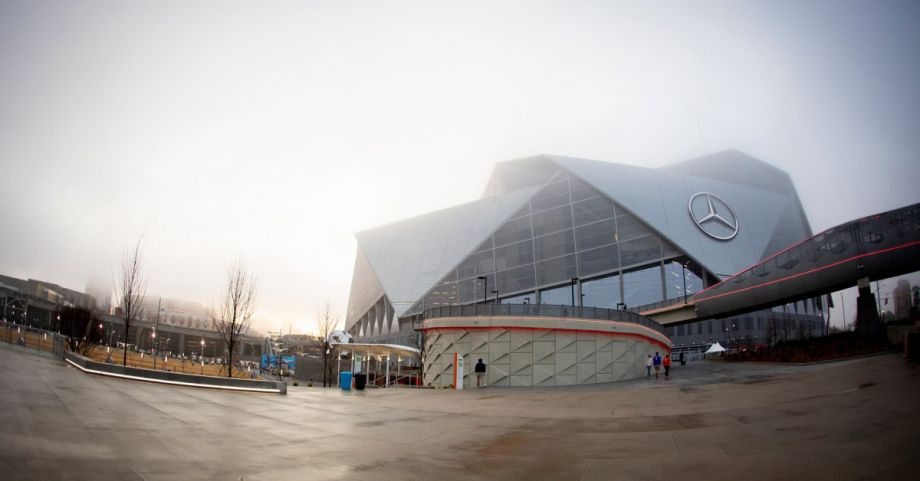 For Bridget Wiles and the rest of the team at Atlanta’s APD Urban Planning & Management, process matters. When the City of Atlanta asked the firm to help determine the cost of an anti-displacement tax relief fund for the 26 Atlanta census tracts targeted by the federal Opportunity Zones investor tax incentive, Wiles pushed back.

“We can’t just jump to that, you gotta start at the beginning,” says Wiles, chief operating officer at APD-U. “You have to understand what displacement looks like because that strategy might not be what you need for that particular Opportunity Zone census tract.”

Technically there already was an anti-displacement tax relief fund in place protecting homeowners in some of those Opportunity Zone census tracts. Today there are three Opportunity Zones on Atlanta’s westside, but about five years ago the construction of the Mercedes-Benz Stadium was anticipated to attract a wave of new investment to the adjacent westside neighborhoods and potentially cause displacement. The Arthur M. Blank Family Foundation, named for the owner of the Atlanta Falcons and builder of Mercedes-Benz Stadium, brought Wiles’ firm in to conduct an anti-displacement community learning and planning process.

That process led to around ten initiatives, including the Westside Future Fund, an anti-displacement tax relief fund that is pooling private philanthropic and corporate donations and is expected to pay the difference between the baseline of property taxes paid in 2015 and whatever is due for up to 20 years on behalf of eligible homeowners at risk of displacement. The first payments went out in 2018, totaling $4,000 in property taxes for that year plus $10,000 in back taxes owed going back to 2015, on behalf of around 75 homeowners. Wiles says there are now more than 100 homeowners in the program, and with contributions stockpiling up to cover payments as they come due.

“We’ve been around about 40 years,” says Wiles, whose father O. Jesse Wiles founded the firm and is still CEO. “We really have been doing this displacement and risk mitigation work all this time, just the terminology has changed.”

Opportunity Zones were created in 2018, after the Tax Cuts and Jobs Act of 2017 gave governors the power to nominate them and U.S. Treasury the power to finalize them. To be considered eligible for the designation, census tracts had to have poverty rates of at least 20 percent or median family incomes no greater than 80 percent of their metropolitan area median family income — or be adjacent to such a census tract. All 50 states and U.S. territories ended up designating a total of 8,762 Opportunity Zone census tracts — including 98 percent of the island of Puerto Rico. Most of those census tracts, 8,532, were designated based on their own poverty or income levels.

Opportunity Zone designation provides investor tax breaks for certain investments made in each zone. To use the tax break, investors must take capital gains income — that’s income from selling off previous investments — and make investments into eligible businesses, including most real estate projects. Investors report the investments on their tax returns, and nowhere else do they have to disclose any data on their Opportunity Zone investments.

Under the tax incentive, developers and financial management firms can also create Opportunity Zone funds to pool dollars from multiple investors and make investments into multiple projects — in which case, those funds have to make annual reports to the IRS on dollars raised and investments made, but no additional data. Some in Congress would like that to change, restoring community impact data reporting requirements that were stripped from earlier versions of the legislation.

Early reviews of Opportunity Zones were mixed, with many even in the community development industry pointing out that there were no “guard rails” to ensure the investments made would actually create jobs or housing that would benefit the 35 million people living in Opportunity Zone census tracts — a majority of whom are people of color.

Soon, reports started to emerge on wealthy investors taking advantage of the tax break on projects that were already in motion, with little to any direct community benefit. Some pointed out how the structure of the Opportunity Zone tax break makes it difficult to make investments into businesses owned by people of color. Others noted the challenge of bridging the vast gulf between the mostly wealthy, mostly white investors with capital gains income and communities that were eligible to receive investment. After scrutiny from Congress, the U.S. Treasury’s own watchdog launched an investigation to determine the extent to which political connections influenced which zones got the designation.

In Atlanta, where outgoing Georgia Governor Nathan Deal designated 26 census tracts as Opportunity Zones, the city’s economic development agency hired one of the country’s foremost experts in attracting private capital to projects benefiting disinvested communities — who happened to grow up in the Atlanta area. The city hopes to connect Opportunity Zone investors to projects that meet its goals for job creation or affordable housing. Even so, it can’t control every investor or the market writ large, so some market-driven displacement can still occur.

One major Atlanta Opportunity Zone project is already in motion, to overhaul the West End Mall, led by a developer team with ties to the neighborhood.

According to APD-U’s Atlanta Opportunity Zone Displacement Risk Analysis, the West End neighborhood is also an area with a high proportion of households and businesses vulnerable to displacement.

APD-U’s analysis doesn’t point to any specific projects as being the harbinger of displacement, nor does it specifically say that Opportunity Zone designation is the root cause of displacement. It’s simply pointing out existing factors in those areas that make certain residents and businesses more or less vulnerable to displacement, which the project team defined as involuntary movement of residents or businesses due to market forces.

APD-U’s analysis focuses on property taxes and rents as the primary market drivers of displacement. As market conditions change, perhaps due to a wave of incoming investment attracted by a nearby stadium or investors taking advantage of a new tax break, the assumption is property taxes and most rents will rise.

Out of 112 businesses in the West End census tract, 78 are at Level 1 risk of displacement.

The analysis framework comes out of the APD-U’s 30-plus years of experience as planners and as developers themselves. In recent years, the firm has done some type of anti-displacement analysis in cities like Houston, Cincinnati, Charlotte, and Chattanooga.

In addition to the Atlanta westside analysis, the firm has also previously performed an anti-displacement or “community stabilization” study of the Atlanta BeltLine — though the BeltLine project didn’t commission that study until 2018, years after the project got underway.

“We’ve had a few people say they don’t like saying ‘anti-displacement,’ it sounds bad, so they call it community-stabilization,” says Wiles. “We’ve also called it community retention work, or suitability analysis. It’s always the same thing because we’re always concerned about how do we keep the legacy residents there, how can they stay where they are.”

Once the initial analysis is complete, APD-U’s preference is to take the findings back out to the communities examined and start hashing out ways to prevent or mitigate displacement — which is how the westside anti-displacement tax relief fund and other initiatives came about. The firm can model out estimated changes over time, as it did for the westside area in response to Mercedes-Benz Stadium, where it modeled out changes in property taxes over 20 years in order to estimate how much money is needed to help homeowners who want to stay in their homes to do so.

In its Atlanta Opportunity Zone Displacement Risk analysis, APD-U found nearly 300 homeowners at Level 1 or Level 2 risk of displacement in the census tracts containing or adjacent to Mercedes-Benz stadium — though some of those homeowners may already be participating in the anti-displacement tax-relief fund.

The firm only completed its initial Atlanta Opportunity Zone Displacement Risk Analysis in June, so there hasn’t yet been much time to engage with Atlanta’s Opportunity Zone residents with the findings. For now, at least, anyone can view the data mapped across the city’s Opportunity Zones by APD-U GIS technician Reginald White.

“The city of Atlanta is using the information internally,” says Wiles.

EDITOR’S NOTE: We’ve clarified in the first paragraph that the city of Atlanta asked APD-U to study an anti-displacement fund, not set one up.