Displaced, Even Without Moving – Next City

Displaced, Even Without Moving 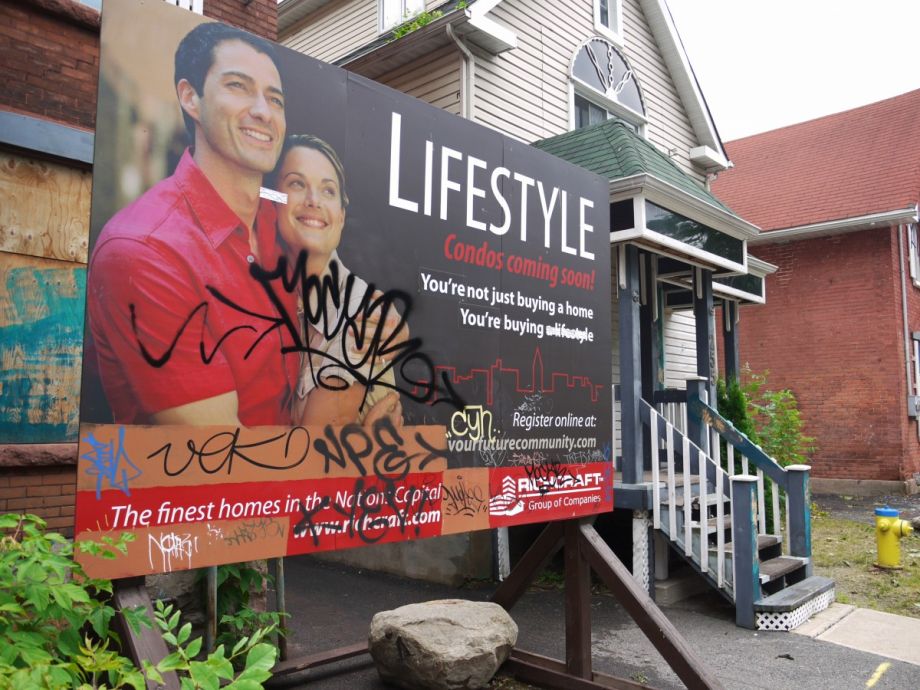 Research shows that white U.S. residents are increasingly willing to live in nonwhite neighborhoods, including largely African-American ones. Yes, this is a change from the era when most whites uniformly fled black neighbors. Some white residents viewed such neighbors as a danger. Others — in what turned out to be self-fulfilling prophecy supported by realtors, banks, and the policies of the federal government — viewed black neighbors as a threat to property values. A recent commentary by Noah Smith in Bloomberg suggests that today’s residential decisions by white people are a good thing, as they are “modestly reversing the effects of white flight.”

Smith cites a recent New York Times article confirming that some white housing consumers are indeed moving into mostly nonwhite neighborhoods, even where the average income is considerably lower than their household’s income. Tellingly, this occurs in neighborhoods near downtown.

This is not new. “Urban renewal” policies of the 1950s and 1960s shared this same trait: government projects intended to attract white middle-class residents were typically close to the downtown. This was known as “the blight that’s right.” These blight sweet spots were devalued enough that government attention seemed justified, but attractive enough that for-profit real estate developers wanted to get involved.

Smith agrees that “the biggest worry related to gentrification is that it will result in displacement,” meaning that when housing prices rise, people of “modest income” are pushed out. He then argues that gentrification doesn’t actually cause that much displacement.

Indeed, research has not consistently supported this “displacement thesis.” Housing markets that are being bid up by investors in Shanghai and London are going to have more pressures than those being bid on by a local rehabber down the street. Citing specific displacement numbers from a recent study by the National Community Reinvestment Coalition, Smith goes on to say that “in a country of more than 300 million people, 135,000 [displacees] is a very small number.”

Such a discussion of displacement can be problematic for four reasons.

First, if displacement is limited to particular hotspots, then 135,000 is potentially a very significant number in these places. For this reason, the strategies and toolkits to fight displacement might (or even should) look different in Brooklyn than in South Bend.

Third, displacement encompasses far more than merely not being able to afford a unit of housing in one’s neighborhood. Consider this relatively positive outcome: a displaced household is guaranteed a unit in the new chic urban living development on its old block. That household still faces the loss of a place that had the emotional safety and sociocultural resources of home. This is why gentrification can cause or exacerbate mental health issues — even among households that are not physically displaced. Once embraced and nurtured by their block, a long-time resident can become the object of suspicious gazes or even asked: “Do you live around here?” Our concern with the detriment of displacement, then, needs to be squarely redefined to include all losses of stable, nurturing home spaces. To do this, we will need to consider assets that do not show up in short-sighted economic analyses but make for sustainable, healthy, and productive communities.

Fourth, Smith feels that it is unfortunate that the “phenomenon of gentrification tends to distract urbanists” when there are many more neighborhoods “languishing in neglect and decay.” This is an ongoing and unnecessary debate that will never end until both of these outcomes are understood as two sides of the same coin.

Emily Badger and her Times colleagues recognize this. “In the places where white households are moving,” they said, “reinvestment is possible mainly because of the disinvestment that came before it.” Yes, neighborhoods that were defunded by the federal government, demarcated by racially discriminatory practices such as redlining and racial covenants, deteriorated due to overcrowding, and destabilized by urban renewal projects of the 1950s and 1960s do indeed languish.

That is, unless their value drops to a point where they are worth the risk to reinvent, revalue, refund, and restore them or their location enables them to be rebranded as centrally located. In this calculus, it is no surprise that neighborhoods that are easily accessible to the downtown are seen as low-hanging fruit for developers. They (and many of the consumers who are buying from them) sense that their local officials will support such “rebirth.” History shows that they always have. Moreover, any displacement will be justified as a reasonable price to be paid for a greater good of downtown vitality.

The only way forward is inclusive growth. We need to call out and consider a place’s specific “de-”s when anyone comes with plans for “re-”s. Such development must be founded upon the lessons learned from the “de-” policies of the past. The Kerner Commission found that white institutions created, maintained, and condoned urban ghettos for their benefit. Justice requires that these same institutions do not now dismantle the same neighborhoods for their benefit. We must carefully and intentionally manage the process of reinvestment across the entire urban fabric, not just where “the blight is right.”