Opening Doors for Disconnected Youth in Philly – Next City 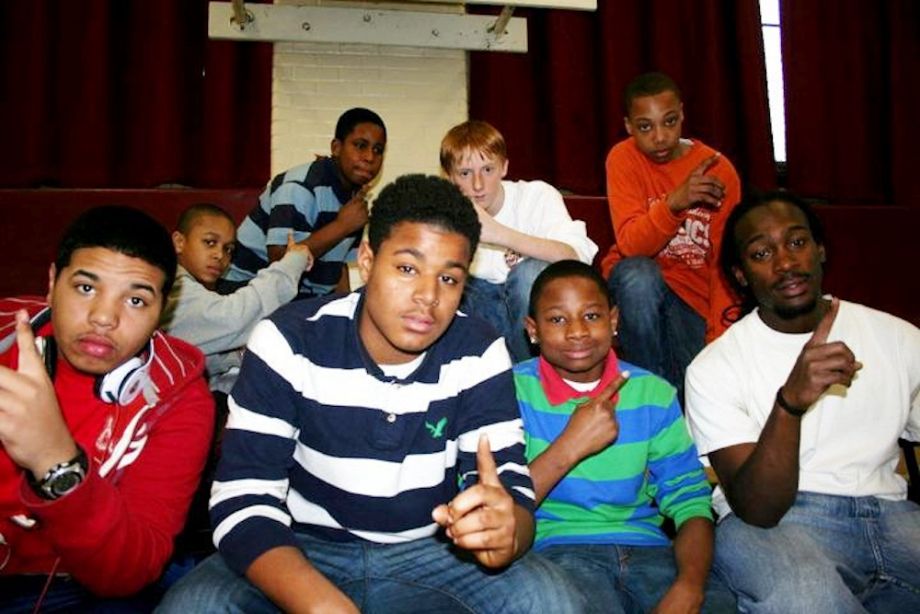 Lawrence recalls being plucked from his home in north New Jersey to get a better education than Newark could offer. “When I was young and impressionable, I was pulled out of my negative circumstances,” says Lawrence. “[My story] isn’t this black kid from the hood, who made it out. I got to live what I was seeing on TV.”

That’s not what life looked like for Peay. Growing up in Maryland, he saw his parents struggle, but college showed him he had the same resilience they had.

“College opened my eyes to just so much opportunity … especially knowing I had friends who were locked up or killed and couldn’t be in that same place that I was,” Peay says.

Now, both men are working to give Philadelphia youth opportunities too. Together, they run Ones Up, a nonprofit helping young people in the city to channel their passions into professions and help them become tomorrow’s leaders.

“We meet kids 18 and older with no passion, no drive and no credentials,” Lawrence says. “Who is going to help these people falling through the cracks?”

A May Brookings Institution report highlights the data behind Lawrence’s personal observation: According to the authors’ analysis of census data from 2008 to 2014, “disconnected youth” — teens or young adults not in school or working — in the U.S. are disproportionately people of color.

Nationally, an estimated 3 million young people ages 16 to 24 are disconnected, according to Brookings. In some cities with concentrated racial segregation, like Philadelphia, young blacks and Latinos are up to six times more likely to be disconnected than young whites.

“Disconnected youth are cut off from the people, institutions and experiences that would help them develop the skills, credentials and sense of purpose required to live rewarding lives as adults,” says Kristen Lewis, co-director of Measure of America, a data analysis project that focuses on inequality.

“That’s a large percentage of people forgotten,” Lawrence notes. “We find [disconnected youth] in our community, but that’s not the hard part. The hard part is training them for jobs through civic engagement and community development.”

Ones Up (formerly Rising Sons) initially focused on young black men, but a recent name change signals a shift to be more gender inclusive. Also, Lawrence and Peay just landed a fellowship with Echoing Green, a global nonprofit for social entrepreneurs, which comes with $90,000 in seed funding. Peay says the money will support their plans for expansion to other cities.

Through Ones Up, young participants can explore what they’re passionate about through a music and entertainment program called This Is Hip Hop. It uses the culture of hip hop to inspire youth to make changes in their community, and provides access to people working in the music industry. They can also find mentors in older members of Ones Up in a program called “Rising Stars,” an afterschool program focused on providing role models, building personal connections and teaching what it takes to become responsible, accountable adults.

“We try to break barriers down and build relationships up with the kids and let them know they’re not alone in this fight, and they’re not the first ones to go through it,” Lawrence says.

He and Peay work with schools, foundations and corporations to come up with unique incentive programs. Most recently, Ones Up partnered with Jordan Brand on a program called “A’s for J’s,” which motivated high school students to get As by rewarding them with Jordan apparel discounts for every A they received.

“A lot of companies want to give back to their communities, but they just don’t know how,” Peay says. “Giving out money is good, but our model is to try to find ways to actually make companies present in our communities. We’ll curate a project for them, implement it, manage it and do everything for them.”

Ones Up has created something of a positive pipeline, mentoring younger people and then allowing them to pay it forward as they get older through community service and mentoring.

So far, they estimate, they’ve engaged over 2,500 youth with community service, programs and workshops.

“They might not be educated like CEOs, but we want to hold them to that esteem, develop them to be their own CEO,” Lawrence says. “Be the best, the brightest, and no funds is no problem.”

Willie Douglas, 24, has been with Rising Sons since 2009. As a teenager, he sold drugs, fought a lot and associated with gang members in his neighborhood. Eventually, his mom kicked him out of the house.

That’s when, Douglas says, Peay took him under his wing.

“Alex opened the door for me,” he recalls. “For six months, I would do the same things, but I would see him working effortlessly in a suit and tie while I was being a detriment to not only my community, but myself.”

Peay asked of Douglas what he would go on to ask many members of Ones Up. “He asked me, ‘What do you like to do?,’” says Douglas. “I told him, ‘I like to write poetry.’ At the time I didn’t know my voice […] but he encouraged me to expand my knowledge. It was a whole new world to me.”

Now Douglas is writing a book of poetry and a memoir of his life inspired by Peay’s encouragement. He still works with Ones Up as an outreach coordinator, and before that he was a basketball coach and mentor in “Rising Stars.” He plans to return to Howard University this January.